Will the furry new attraction herald a new beginning for Sino-Japanese ties? 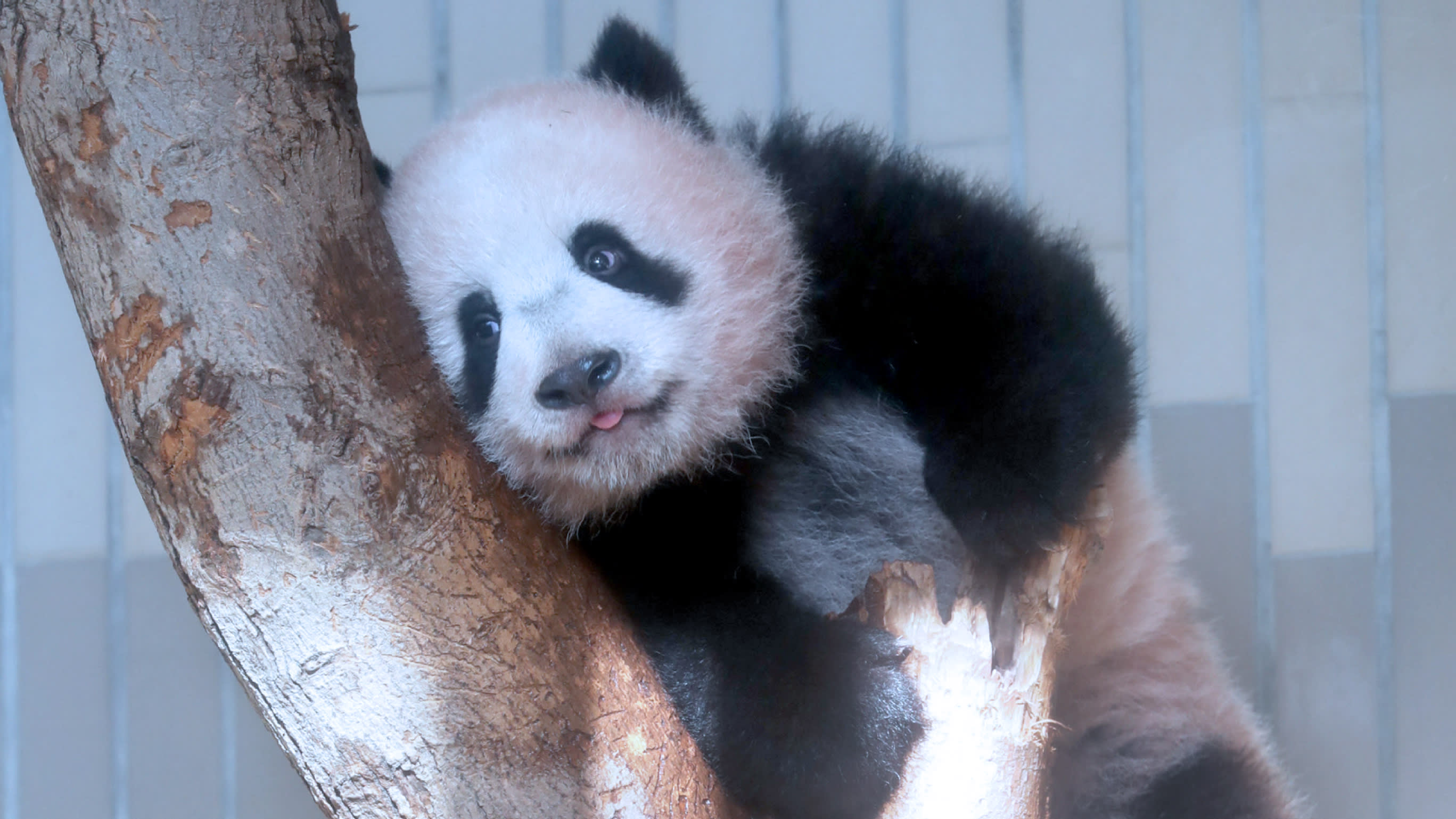 TOKYO -- Excitement over Xiang Xiang, a baby giant panda born at Tokyo's Ueno Zoo, reached a fever pitch Tuesday after she made her first public appearance. She is the first panda cub to appear at the zoo in 29 years.

Six-month-old Xiang Xiang made her maiden appearance with her mother, Shin Shin.

Xiang Xiang delighted viewers as she performed a somersault, nimbly climbed a tree stump and wriggled in her mother's arms. Visitors to the panda's enclosure are limited to 400 groups a day December and January, with tickets handed out by lottery. Xiang Xiang's parents, Shin Shin and Ri Ri, are in Tokyo on loan from China. Under the loan arrangement, any babies born to the pandas belong to China.

Japan received its first set of the furry animals from China in 1972 as a gesture of goodwill following the normalization of diplomatic ties between the two countries that year. Bilateral relations have since been beset by disputes and rivalry, but the arrival of the baby could help open a friendlier chapter in Sino-Japanese relations. Xiang Xiang and her mother, Shin Shin, share a moment at Ueno Zoo in Tokyo on Dec. 19. (Pool photo)