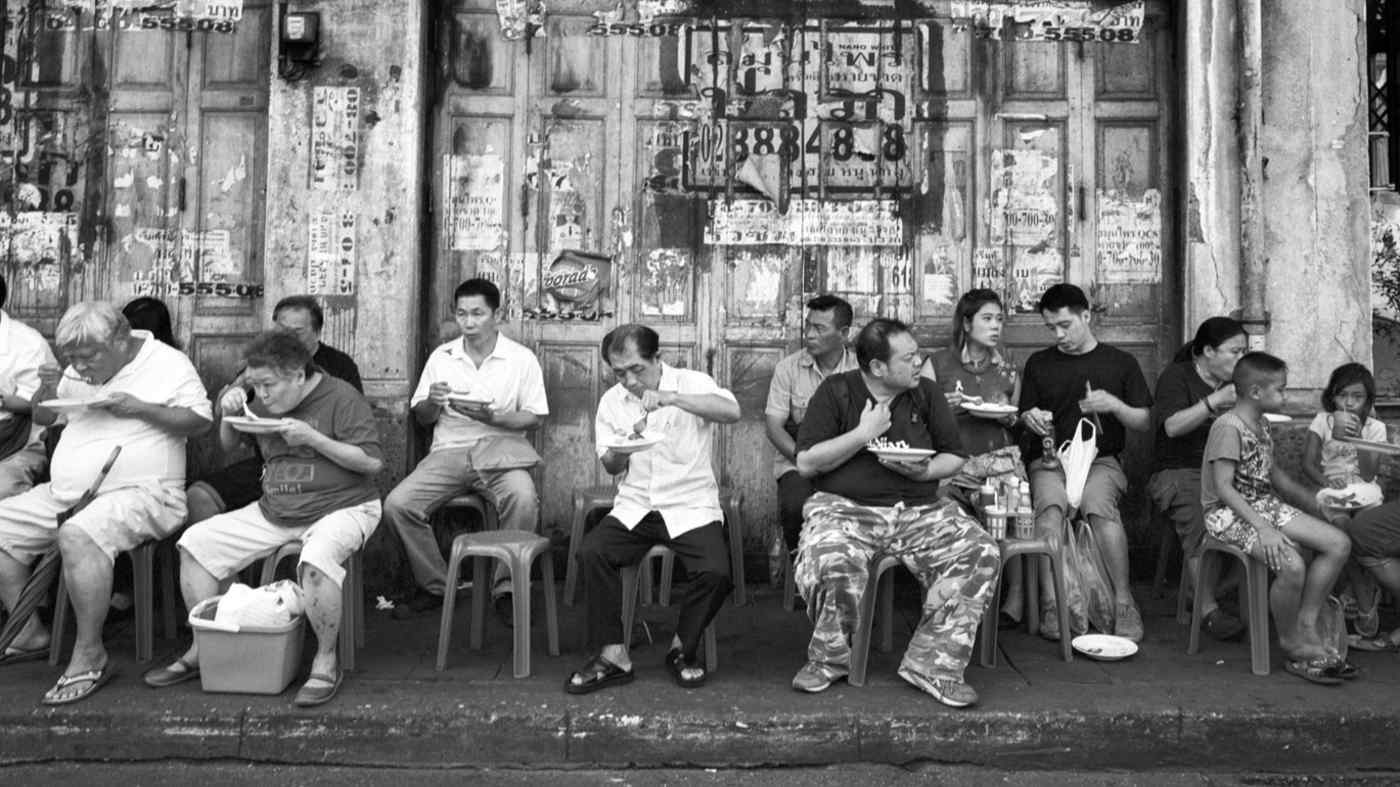 The popular Khao Gaeng Jek Pui street-food stall on Mangkon Road. The eatery has since moved to a new location as the authorities seek to clean up the city’s sidewalks. (Ben Davies)
BEN DAVIES, Contributing writerMay 14, 2020 08:00 JST | Thailand
CopyCopied

BANGKOK -- Boonsong Chatayatorn, 71, peers out of his dilapidated two-story shophouse at Bangkok's unsightly urban sprawl. Except for the venerated Buddhist temple next door, he could be looking at almost any major city in Southeast Asia.

A welder on Charoen Krung Road, in Bangkok's historic Chinatown district, Boonsong recalls the days when rickshaws were the most common form of transport in the neighborhood and trams rumbled along the roads to the Grand Palace.