Bangkok works up an appetite for contemporary Thai food

BANGKOK -- The traditional Thai kitchen takes a seemingly nonchalant approach to composing a meal. Shared items are usually served together in samrab (home) style, arriving on the table more or less at the same time, or as the cook sees fit.

But appearances are deceiving. Stir-fries complement boiled soups and curries, fried and grilled foods are offset with zesty salads and dips. Sour, sweet, salty, spicy and bitter are not single notes in Thai cooking, but form a harmony -- as illustrated by pad thai, the fried noodles that are considered the kingdom's national dish.

"You orchestrate everything in layers," said Andy Yangeksakul, chef at Bangkok's Table 38, who in 2010 became the first Thai chef to earn a Michelin star for his Thai food at Rhong Tiam in New York's Greenwich Village.

While Yangeksakul was championing quality ingredients in Thai food in New York, chefs at Bo.lan and Nahm were among the first in Bangkok to reconsider the unstructured serendipity of samrab-style service, breaking the meal into a succession of courses or individually plated dishes.

Other Thai restaurants in Bangkok followed suit. But the phenomenon of amuse-bouches (morsels to whet the appetite), tasting menus, wine pairings and rising price tags reached critical mass in 2018 with the opening of a slew of upscale restaurants that show Thai cuisine in a new, more rarefied light. 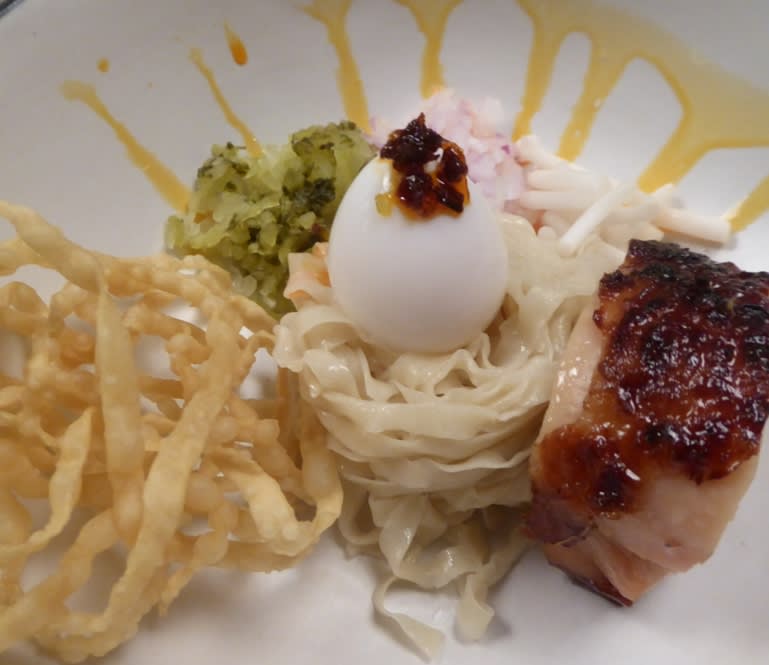 "Fine dining isn't reserved for an elite anymore," said Fred Meyer, the restaurateur behind a number of Bangkok establishments, including newly opened Saawaan. Meyer pointed to social media as democratizing the experience. Jutamas "Som" Thaentae, chef at Karmakamet Conveyance concurred. "Now people can see everything on the internet, on Instagram. Everyone wants to have everything that everyone else has," said Thaentae. Yangeksakul, who studied for an MBA while learning the culinary ropes in New York, also sees demographics and a maturing market as factors that have contributed to the explosion of upscale offerings. "Millennials are about experience," he said. "People have traveled more, understand more and are willing to pay more for an experience."

One of the most sought-after tables in Bangkok today is at Sorn, where chef Yodkwan U-Pumpruk showcases the fiery recipes and rare produce of the south of Thailand. Sorn's tasting menu of 22 items includes both small individual bites and a samrab main course called "The Thai Way of Sharing" that features eight different dishes. Tables have to be booked two months in advance, but despite the restaurant's overnight success, owner Supaksorn "Ice" Jongsiri wants to manage expectations. "We don't dare tell everyone that we are a fine dining restaurant. We have much to learn," he said modestly. "I'd rather say we are doing our best to give our guests the best southern Thai food experience." Chumpol Jangprai, chef at R-Haan (a phonetic play on the Thai word for food) adopts a similar approach, mixing individual servings and samrab. A familiar face on Thai television, he gave up studies to be a diplomat to run kitchens in Blue Elephant chain restaurants in various European cities.

Jangprai's love of food grew from a childhood spent in the kitchen of Sanguan Sri, an office workers' lunchtime institution in the heart of Bangkok's well-heeled Witthayu Road. Learning from his grandmother and great-aunts, who ran the kitchen, he knew he had found his calling. His culinary range is reflected in his low-, middle- and high-tone set menus, respectively inspired by foods from the street, family cooking and palace cuisine. Almost all the chefs point to the stories they want to share through their food. Sujira "Aom" Pongmorn, chef and co-owner of Saawaan, emphasizes the importance of using dishes from the past and giving them a modern twist. "It's like waking up a mummy, [cooking] old Thai recipes that nobody makes anymore," she joked.

Others have a mission. "This place (Karmakamet Conveyance) is more conceptual," said Thaentae, an art history graduate who studied in India. "Food is a tool for us to give a message. I want people to accept all cuisines, to find a new space in their life." For her, "conveyance" is not about specific destinations, even though her menu is inspired by her travels, which include stops in kitchens in San Francisco and a stint training professional chefs. "You can have realism or impressionism or abstract art," she said. "Why does food have to follow a certain pattern?" Her reimagined hoi tod (oyster omelet) is a gastronomic demonstration of her philosophy. It is no coincidence that all these restaurants have opened since the publication of the first edition of the Michelin Guide in Thailand at the end of 2017. "Since last year, when Michelin came to Thailand, a lot of talented young chefs have popped up," said Yangeksakul. However, on the eve of the announcement of the guide's second edition the chefs interviewed for this article all said that while recognition would be welcome, winning a star was not a goal.

"Chef Aom didn't decide to open Saawaan to win a star, but because it's now possible to get one," said Meyer. Thaentae was more laconic. "Can I speak frankly? I don't care. When everyone is looking for awards, [they] stop cooking from their heart," she said, while acknowledging that more exposure would have a positive influence on recruiting talented staff. "Michelin is a reality I cannot ignore," she said pragmatically. "But I have to stand on my own." Off the record, however, restaurant staff were more open about the appeal of Michelin recognition. A source at the brand-new Bangkok Waldorf Astoria said there were hopes of a star for chef Rungthiwa "Fae" Chummongkhon of the hotel's Nordic Thai Front Room, who learnt her trade in Michelin-starred kitchens before becoming executive chef in a Copenhagen hotel. "We did not tell chef Fae that we expected Michelin," the source said, "but we are hopeful for next year."

Bangkok-based communications expert Samantha Proyrungtong, of Extrovert Marketing Consulting, said she tells potential clients that there is no secret recipe to making the cut. "People say, 'I want a Michelin' but I don't think there's any ... guide, step A, step B, step C, for getting into Michelin," she said. For Proyrungtong, the first step is visibility: "Are you on the radar?" But food, service and atmosphere are up to individual restaurants. "It's business, right? You can't just have a great restaurant and a great concept and get a Michelin anymore." 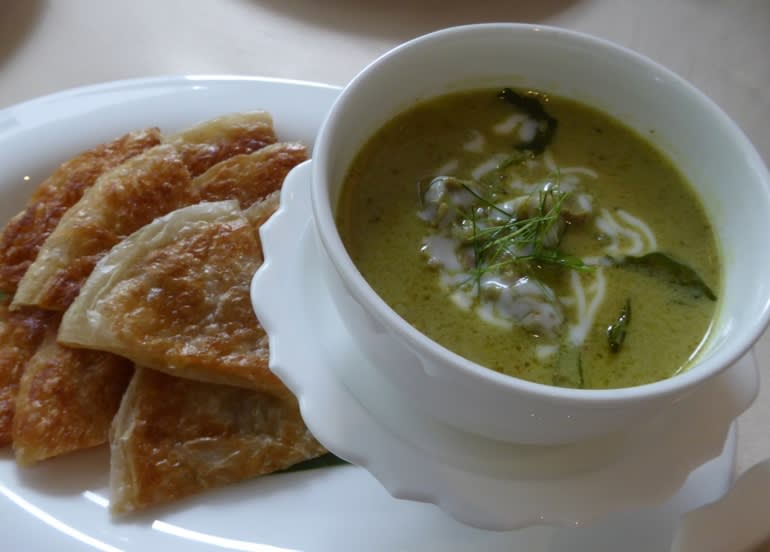 One restaurant owner that cannot deny ambitions for a Michelin star is Thai Beverage, best known for its alcoholic beverages and holdings in popular restaurant chains and fast food franchises, which has figured on the list of Michelin Guide Thailand sponsors since the first edition, together with its brands Chang beer and Mekhong spirits.

In an interview with the Bangkok Post in 2017, Nongnuch Buranasetkul, managing director of ThaiBev's Food of Asia unit and senior vice president of the company's Food Business division, was clear about her ambitions for the restaurant, telling the newspaper: "My goal is to make Baan Suriyasai a place where people need to book months in advance."

Asked about the prospects of recognition from Michelin, she replied, "We may not have a Michelin chef, but I believe Thai chefs are talented enough and can become famous. Then, we will finally earn our own Michelin stars one day."