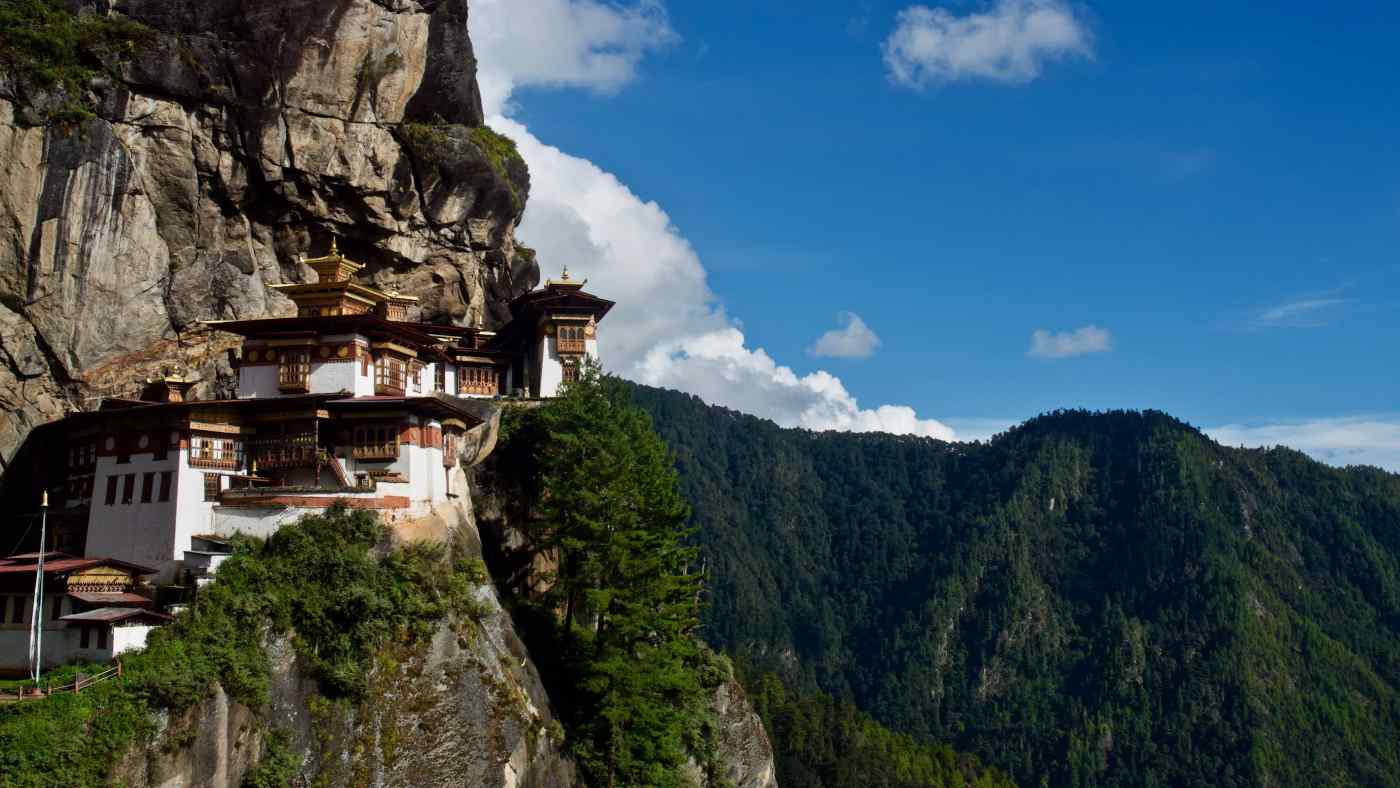 Wedged between India and China, the tiny kingdom of Bhutan has long been regarded as one of the world's most exclusive destinations, off the beaten track for the average tourist.

Until recently, a cautious approach to developing international tourism, in line with a "high value, low impact" strategy that requires foreign visitors from most parts of the world to spend a minimum of $250 a day during peak season, had limited arrivals while generating substantial economic benefits. Tourism is the country's biggest hard-currency earner, bringing in $85.4 million in 2018, and overall revenue is second only to hydropower.

But Bhutan's reputation as an exotic, luxurious destination is being wrecked by an explosion of regional tourists, mainly from India, who are not subject to the minimum daily spending requirements imposed on travelers from farther afield. They can also travel in tour groups and stay in budget accommodation, and are not required to employ guides.

The influx has been so overwhelming for the landlocked mountainous nation of just over 750,000 people that some high-end tour operators are now considering pulling out because they feel that Bhutan can no longer be sold as an exclusive destination.

Robin Smillie, an American tour operator who has been leading high-end travelers to Bhutan since 2001, said he plans to end tours to the country by April 2020 because of overcrowding at prime sites such as the Tiger's Nest Monastery, also known as Paro Taktsang, a cliffside Buddhist temple. Regional tourists take selfies at the National Memorial Chorten, a prominent religious landmark in the Bhutanese capital of Thimphu. (Photo by Phuntsho Wangdi)

"Since 2001 I have successfully sold Bhutan as a high-end, less-traveled destination to seasoned travelers," he said. "Imagine their dismay when they arrive at the foot of Tiger's Nest to find a parking lot bursting with buses, hordes of noisy regional tourists clogging the trail, a gauntlet of vendors hawking fake made-in-Bhutan products and garbage-strewn roads."

Other high-end tour operators share this sentiment, lamenting the emergence of mass tourism in Bhutan, which received 274,097 visitors in 2018, equal to a more than third of the population. More than 200,000 were regional tourists, mainly from India but including some from Bangladesh and the Maldives.

Up to 2012, only about 100,000 tourists a year visited Bhutan, with about half coming from the region. International arrivals have since grown by about 7% a year on average, but regional arrivals have risen by roughly 25% a year.

The soaring numbers have prompted angry exchanges between high-end travel operators from overseas and regional tourists on social media, while many Indians have taken umbrage at being characterized as uncouth, messy and noisy. Tourists take a photo in front of Thimphu's 54-meter-high Buddha Dordenma statue, one of the largest of its kind in the world.   © Reuters

"My partner in Europe has expressed [the desire to end] tours to Bhutan because the last time he came here, most tourist sites were crowded with regional tourists," said L.B. Gurung of Blue Sheep Tours & Treks, based in Thimphu. "I don't know how long Bhutan can continue as a high-end destination."

In part, Bhutan is a victim of its own success in branding itself as a tourist destination, which has encouraged regional visitors to join the flow. The country shares a 700 km border with India, and its cooler climate offers an easy escape from summer heat and polluted cities.

To meet demand, there had been a surge in investments in the hotel industry, particularly in budget accommodation, doubling the number of available beds to 10,000 over the same period, according to the Hotel and Restaurant Association of Bhutan.

The government has sought to encourage high-end investment through tax incentives on imported hotel furnishings and fittings, and two years ago it introduced entry fees to popular monuments and heritage sites in an attempt to control visitor numbers. But a newly elected government plans to go further, introducing a cap on the number of regional tourists permitted each year.

"The issue has been discussed with the Indian leadership and they suggested capping," said Minister of Foreign Affairs Tandi Dorji, who is also chair of the Tourism Council of Bhutan. "It is not just people here but also visitors from India and Bangladesh who are complaining of the crowds and feel something should be done."

Other planned measures include mandatory advance applications for e-permits for visitors arriving by road and an extension to all tourists of a sustainable development levy that currently applies only to international arrivals.

But the plan to cap numbers has worried some in the industry, who argue that regional tourism benefits the economy, and should be encouraged by better management and regulation. Entry fees were introduced at the National Memorial Chorten and other heritage sites two years ago. (Photo by Phuntsho Wangdi)

"There is a misconception that Bhutan is facing mass tourism," said Sonam Wangchuk, chairman of the hotel and restaurant association, who said tourism seems more invasive than it really is because the country has too few visitor sites, mostly located close together in the west of the country.

"We support [the idea] that a policy and rules and regulations should be in place, but discouraging regional tourists is a concern," he said, adding that regional tourists make up for the annual low season for high-end visitors, when numbers fall.

"It should not be one segment of travelers or the other," said Nyima of Namsey Adventures, who has been in the travel business for more than 20 years. "Regional visitors should be encouraged because it benefits the entire supply chain. and the government should instead focus on diversifying products and spreading out the numbers," she said.

The government has set aside 1.5 billion ngultrum ($22 million) for a flagship program intended to diversify products and spread tourism beyond the western region. These include adventure sports, highland festivals, bird-watching, and heritage tours in the east and central regions.

Nyima said that regional tourists also bring in Indian currency, which is crucially important to Bhutan because it relies on India for 80% of imports. Retailers in the Paro Valley, home to a number of religious and historical sites, now offer change in Indian rupees, which was unthinkable a few years ago.

But high-end tour operators and international visitors welcomed the idea of capping numbers and charging expensive entry fees to attractions. "Whatever means are available to Bhutan to limit volume, by legislation, supply and demand pricing, it must be done, and quickly," said Joseph Breen, 79, an American who has visited Bhutan 15 times over the past decade.

"During my four visits in the past two years I have been struck by the suddenly overwhelming impact of mass tourism as I travel the country, especially in the more heavily visited region from Paro [in the west of the country] to Bumthang [in the center].

"I was in Bhutan for more than two weeks just two months ago, when my current views were reinforced that Bhutan is now starting down the path to becoming just one more overcrowded tourist spot."