Replicated Van Gogh's 'Sunflowers' is made in 4 hours, goes for under $8 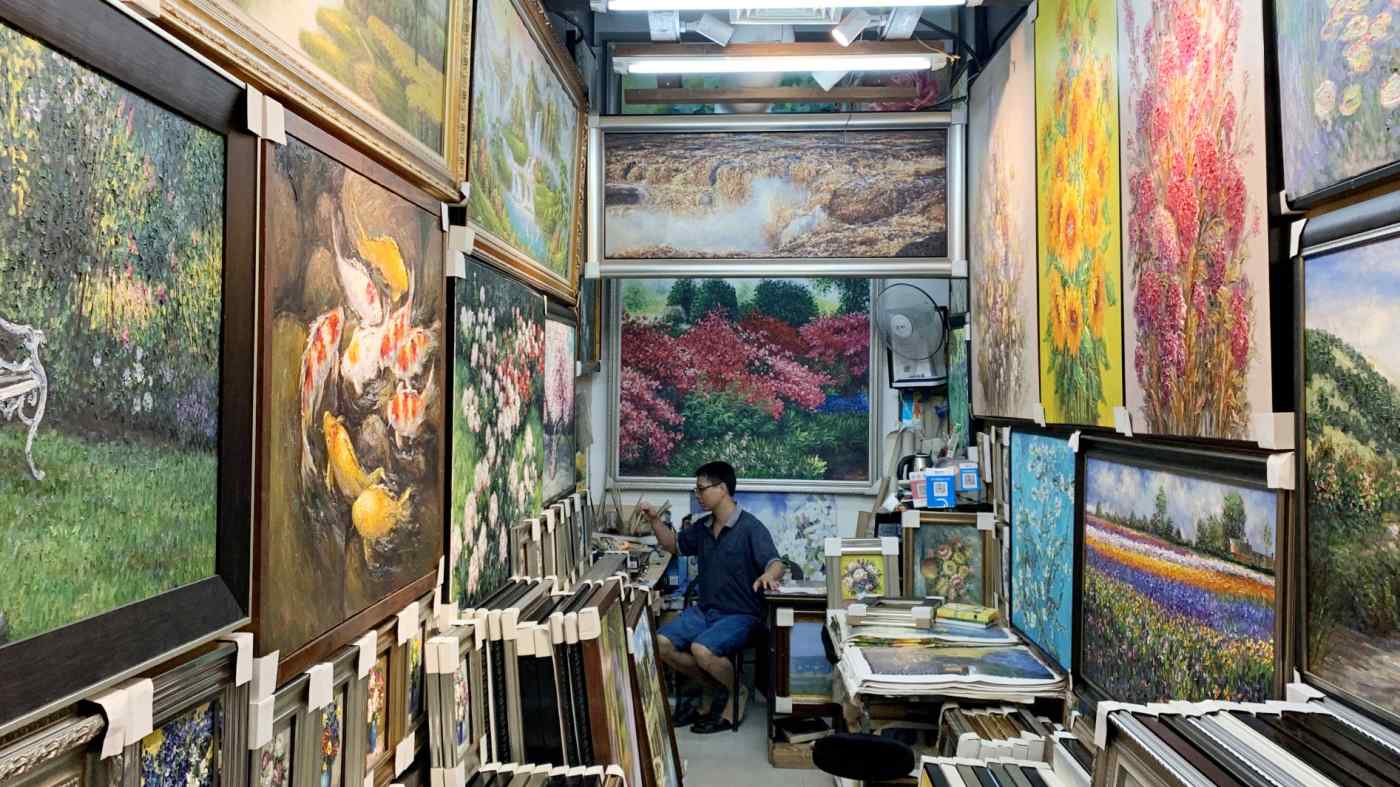 Dafen is said to have become an "oil painting village" after a Hong Kong trader dealing in replica artworks relocated to the village in the 1980s. (Photo by Yusuke Hinata)
YUSUKE HINATA, Nikkei staff writerSeptember 15, 2019 18:35 JST | China
CopyCopied

SHENZHEN -- The southeastern Chinese city of Shenzhen is best known for its high-tech industry. On its northern outskirts, the village of Dafen has another claim to fame: replicas of famous paintings that adorn hotels and restaurants around the world.

Entering the village, one is greeted by a building emblazoned with the slogan, "World's oil paintings, Dafen, China." Art galleries line the streets and oil paintings, big and small, are everywhere, even in front of cafes. The entire area encompasses just 400 sq. meters.

The range of styles available runs from landscapes to pop art, but replicas of masterpieces predominate, including Vincent Van Gogh's "Sunflowers" and "The Starry Night."

Dafen produces many replicas of famous Western paintings that are no longer under copyright. They are turned out in large quantities at local workshops and distributed in China and overseas through a trading company that deals in interior decorations for hotels and restaurants.

At a local art gallery, a staffer said a 40 cm-wide replica of "Sunflowers" on display took about four hours to create and was priced at 55 yuan ($7.75). There were several other replicas of the same painting. They were the same size, but finished with noticeably different touches and their coloring varied.

"You can choose the "Sunflowers" that best suits your taste," the staffer said jokingly.

Dafen is thought to have grown into an "oil painting village" after a Hong Kong trader dealing in replica artworks took up residence there in the area in the 1980s. Later, aspiring artists moved in and started making replica oil paintings. The village is thought to account for about 60% of global production of such works.

For several years, business has not been so good. With the global economy looking shaky, particularly after the U.S.-China trade war broke out, demand from hotels and restaurants has stagnated. Dafen may have the serene atmosphere of an art village, but it is not immune to the turbulence of the world beyond..