UBUD, Indonesia -- In 2016, U.S. commercial real estate company WeWork opened an apartment building on Wall Street with sleek studios, a coworking space, kitchen and games room plus fast broadband and regular social events. Based on the family-orientated housing cooperatives of 1960s Denmark, it offered tenants a solution to two converging problems: skyrocketing property prices and the increasingly precarious and mobile nature of work.

With projections suggesting up to a billion people will work remotely by 2035, co-living, as the trend is called, is gaining traction in cities around the world.

At London's Canary Wharf, The Collective recently opened its third co-living property in the city: a 21-story building with 705 micro-units, a restaurant, a bar and a cultural program featuring cocktail-making and coding workshops. In Germany, co-living property developer Quarters, which has properties in Hamburg, Berlin and five other European cities, recently announced a $1 billion expansion.

And in Singapore, Hmlet, which opened its first co-living property in 2017, now has 42 properties in the city-state and has expanded to Australia, Hong Kong and Japan, where it plans to add 10,000 rooms in the coming years. The number of co-living rooms today is "a fraction of a fraction of what it will be," says Brad Hargreaves of U.S.-based Common, which has 12,000 rooms under development across America.

In the developing economies of Southeast Asia, co-living has evolved on a smaller scale. Catering to the movement of predominantly Western freelancers, entrepreneurs, and the creatives and remote workers known as digital nomads, co-living properties in the region typically have less than 30 rooms and are run by older digital nomads who have never gone home. The first, KoHub, a 16-room co-living and coworking space on the Thai resort island of Koh Lanta, got a jump on the global movement when it opened in 2014. Dojo Bali, in the Balinese surfing mecca of Canggu, requires guests to stay for a minimum of seven nights. (Courtesy of Dojo Bali)

"I'd been coming to Koh Lanta for seven or eight years, working remotely as a website developer whenever I could get good Wi-Fi signal," says KoHub's founder James Abbot, from the U.K. "I was the only nerd on the island and it was very hard for me to meet my tribe. I tried hanging out with divers but that didn't work. So I thought, 'What if I opened a place where people like me make like-minded friends? That would have a lot of value.'"

Abbot adds: " It was a totally organic approach, giving people in a young growing market what they needed. We got lots of traction in the first year. We rode the crest of a wave." In the years that followed, co-living properties popped up like mushrooms in Thailand. Dozens now operate in the digital nomad hubs of Bangkok and Chiang Mai, while hundreds more ordinary hotels across the kingdom use the co-living buzzword to sell rooms.

The Thai co-living market is now saturated. But the niche is still enjoying robust growth in Bali, an Indonesian island that is rated among the most digital-nomad-friendly places in the world by Nomad List, a website that ranks more than 2,300 global destinations.

The newest addition, Outpost Ubud Penestanan, opened in mid-January in Ubud, a tourist hot spot made famous by the book "Eat, Pray, Love" and subsequent film of the same name. Outpost Ubud Penestanan has 24 modern rooms with balconies or patios, a slick glass-encased coworking space on its rooftop, a pool, kitchen, restaurant and yoga deck. Built with $1.3 million of seed funding from Indonesian and Singaporean investors, it is the third co-living space opened by Outpost in Bali and its fourth in the region following the opening of Outpost Phnom Penh last year.

"Occupancy in Bali has been strong. Creatives like to stay with other creatives all year round so we don't have the low-season volatility other hotels on the island suffer from," says Outpost co-founder David Abraham, a former White House staffer and expert in rare metals from the U.S. who spent years working in Japan and China before settling in Bali. "Our model works because we invest in products people are looking for: air-conditioned working spaces, good restaurants, Swedish furniture. We tailor our properties to encourage guests to spend more time in our space."

But that was not the case 12 months ago when the Penestanan property was still managed by Roam, the first North American co-living supplier to invest in Asia. Roam Ubud, as it was called, received glowing reviews in The Wall Street Journal and New York Times newspapers when it opened in 2016. But guest reviews on TripAdvisor were less complimentary.

"No Wi-Fi in the room, Wi-Fi in the coworking area very patchy. Kitchen too small for 20 people to share" wrote one disgruntled guest. "Checked into another property for the remainder of the stay -- 10 times the quality for a quarter of the price," moaned another. 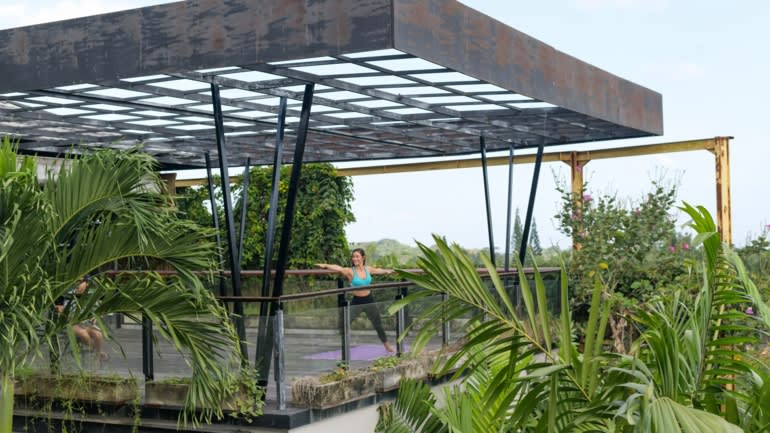 Roam, which also invested in properties in London and Tokyo, and still promotes the Penestanan property on its website, did not respond to numerous interview requests. But Abbot says the company failed in Bali because it "pushed too fast, too hard to open new spaces."

Michael Craig, a coder from Australia who runs Bali's most popular coworking space, Dojo Bali, in the surfing mecca of Canggu, says it was doomed because it lacked "community."

"Many of these travelers are lonely and out of their element, so we give them access to a melting pot of people they can interact with and encourage them to participate in events," he says. "But building communities requires lots of work. You constantly have to introduce new rituals and give people a common purpose to work towards." 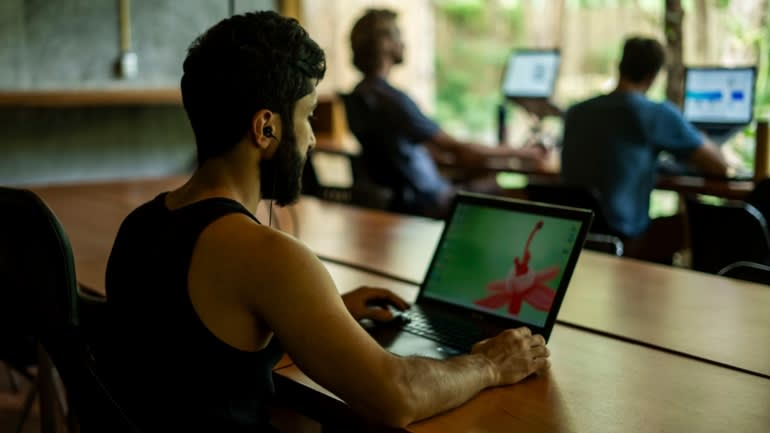 KoHub, on the Thai resort island of Koh Lanta, was something of a pioneer when it opened in 2014. (Courtesy of KoHub)

Craig also argues that Roam diluted its product by selling single-night stays, whereas Dojo Bali and KoHub on Koh Lanta both require a minimum seven-night stay.

Outpost Ubud Penestanan is still selling single-night stays via various hotel booking sites. But Abraham says the property has a quota on the number of rooms available for single-night stays and "long-term stays are obviously what we are working towards." He adds: "We're not newcomers in Bali. We have a presence that has taken many years to develop, and it will continue to grow."

Meanwhile on Koh Lanta, Abbot is planning to downgrade the accommodation side of KoHub this year and focus on coworking. "We had a slowdown in occupancy last year because returning customers still use our coworking facilities but they don't stay with us," he says. "They find their own places instead."

Abbot says investors should tread cautiously in the space. "There are talks about crazy numbers, but the fact is there are only about 20,000 digital nomads in the region. It's not growing massively anymore and supply is outgrowing demand because so many people are trying to get involved," he says.

"The idea of a co-living property is quite attractive but most people are unaware of how hard it is to make the business work."