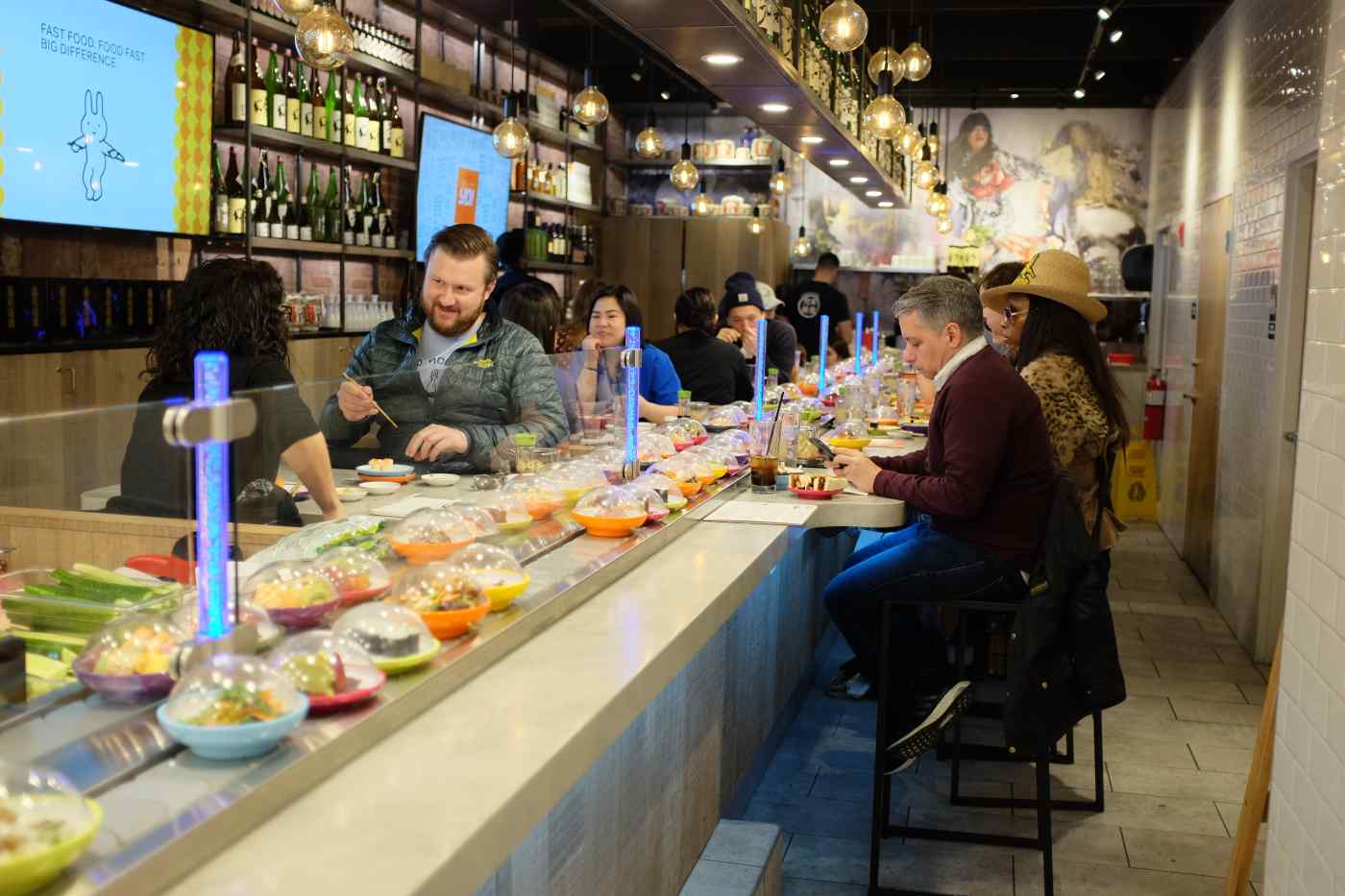 Some Manhattan residents have eagerly welcomed the return of conveyor sushi, in the form of a branch of Britain’s Yo Sushi. (Photo by Elisabeth Rosen)
ELISABETH ROSEN, Contributing writerApril 29, 2017 13:00 JST | Japan
CopyCopied

NEW YORK -- When they heard that British chain Yo Sushi was opening a New York location, Derek and Angela found it hard to contain their excitement. The couple, who declined to give their last names, had been regular patrons of local eatery East, which closed in September when its lease expired, and were eager to find another restaurant in the same style.