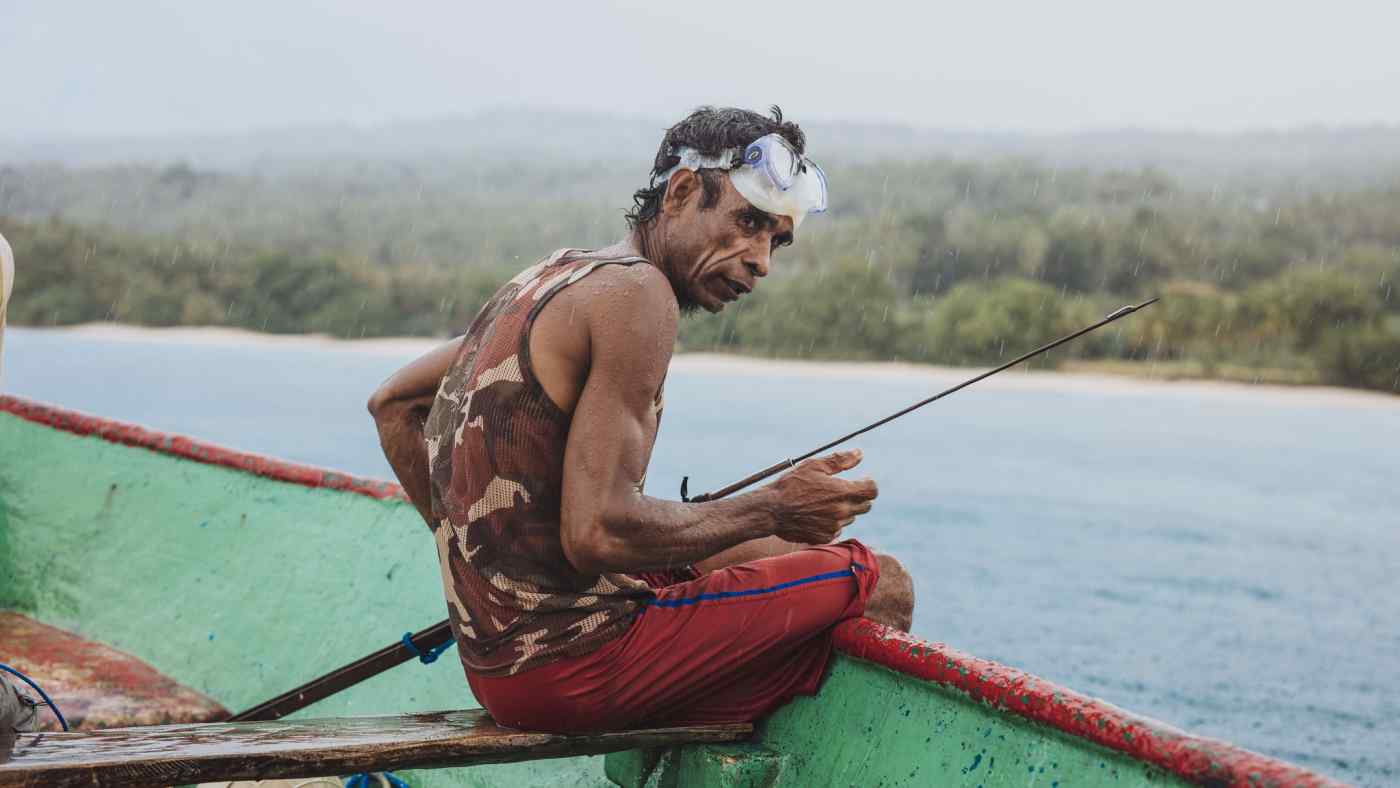 COM, East Timor -- Ernesto Da Cruz loads his spear gun and lowers himself over the edge of his fishing skiff, which is bobbing at anchor on a shallow reef off the northeastern coast of East Timor. Storm clouds have begun to congeal over the sea, coloring the water deep navy on the horizon, fading through indigo into crystal blue where it breaks against the cliffs.

Da Cruz ducks below the waves and swims out, his progress marked by a plastic float attached to the line of his harpoon. Moments later, he resurfaces, dragging the cord back to the boat to land a whipray, leopard-spotted and nearly a meter across, which thrashes wildly in the hull.