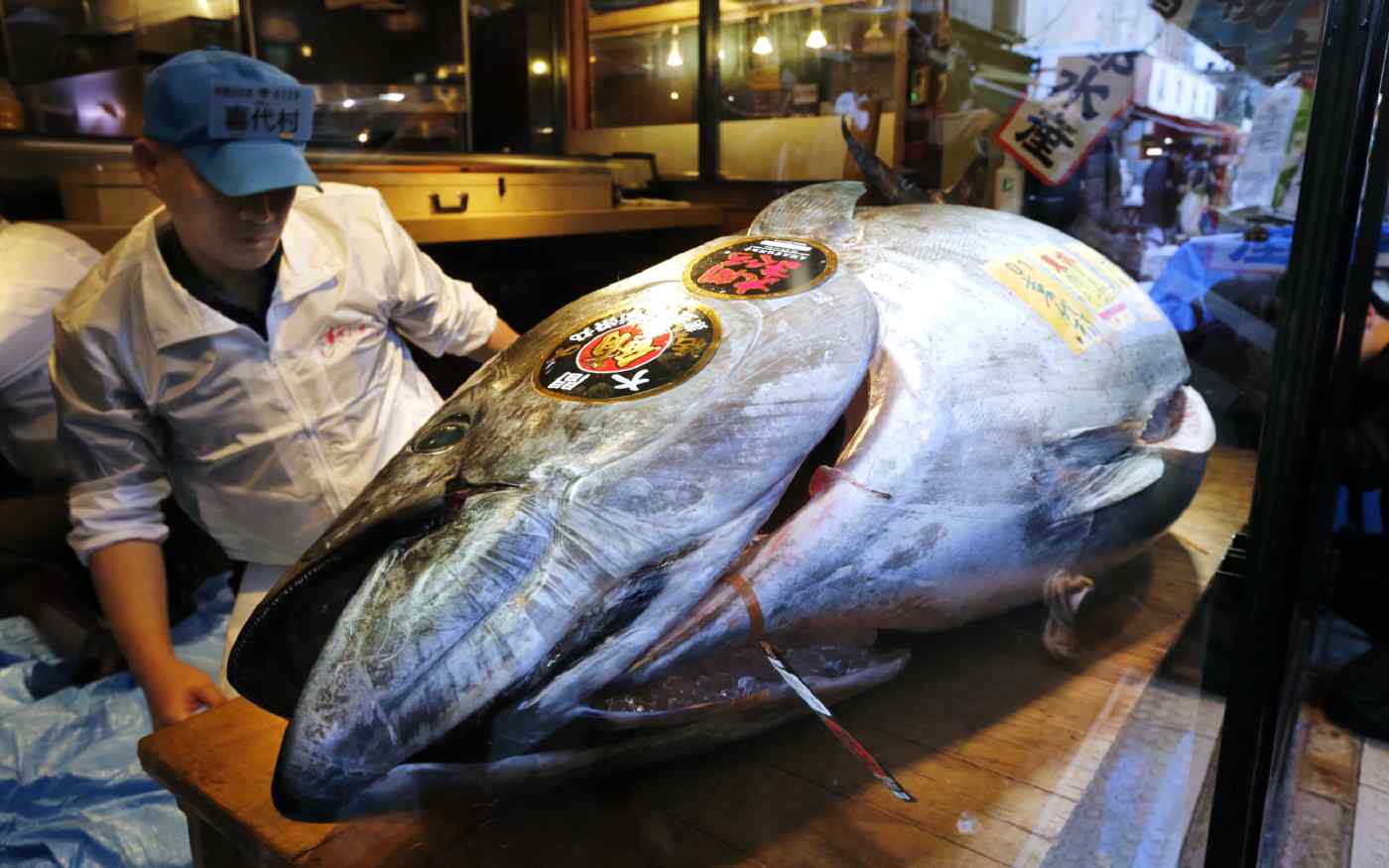 Tsukiji's wholesale market was famous for its tuna auctions. This catch from the water off Oma in northern Japan was sold for more than $120,000. (Photo by Kento Awashima)
FUMITO AKIYAMA and WATARU SUZUKI, Nikkei staff writersOctober 6, 2018 09:09 JST | Japan
CopyCopied

TOKYO -- The Tsukiji market wrapped its last fish on Saturday after operating for 83 years, marking an end to a symbol of Japan's seafood-rich food culture.

The open-air market in Tokyo's Chuo Ward will be succeeded by a new, enclosed facility opening in nearby Koto Ward on Thursday.

Tsukiji opened in 1935 as a makeshift replacement for a three-century-old fish market in Nihonbashi that was destroyed in the catastrophic Tokyo earthquake and fire of 1923.

Tsukiji grew to become one of the largest wholesale fish markets in Japan, with about 1,500 tons of seafood changing hands on an average day. It attracted fish from around the country, ranging from dinner-table staples like sanma, or Pacific saury, to premium tuna served in luxury sushi restaurants.

In recent years, Tsukiji also became a major attraction for international tourists, providing a glimpse into the fish trade and a taste of traditional Japanese foods, served at restaurants inside the market as well as in the neighborhood. 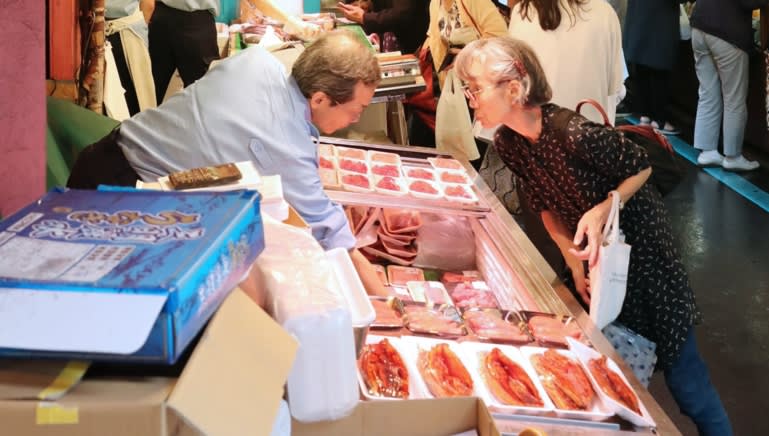 These restaurants and other shops in the outer market will remain. After the wholesale market moves, tourists will have to visit two locations to enjoy both the auctions and the culinary experience.

The Tsukiji market's age and failure to keep pace with distribution growth fueled a decades-long debate over its redevelopment, culminating in a decision in 2001 to relocate it to Toyosu. But it took 17 more years to realize the move. A Tokyo Gas plant once stood on the relocation site, necessitating a cleanup of soil pollution.

The initial plans called for Toyosu to be completed in 2016 and open for business in November that year. But Tokyo Gov. Yuriko Koike decided to delay the opening shortly after taking office, calling for a review of the decision-making behind the relocation plan and another environmental assessment.

But the new market faces a host of other challenges, including ensuring a smooth transfer and coping with delays in opening tourist-oriented shops.