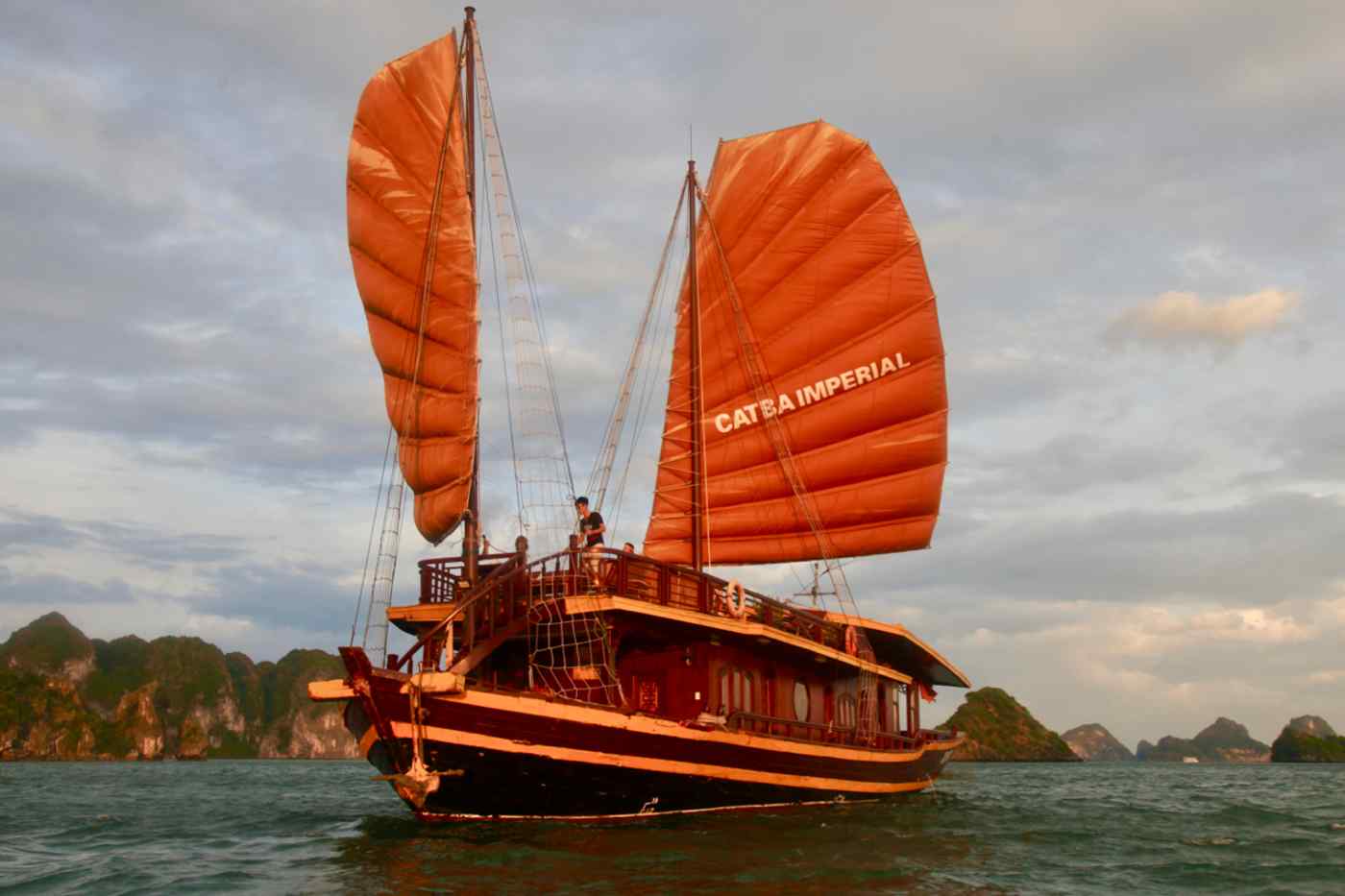 The wooden vessels operated by Cat Ba Sailing Junk are equipped with septic tanks so as not to dump sewage into Lan Ha Bay, where they operate in northern Vietnam. (Photo by Ian Lloyd Neubauer)
IAN LLOYD NEUBAUER, Contributing writerOctober 25, 2019 13:34 JST | Vietnam
CopyCopied

HANOI -- Vietnam has waged a long struggle to fend off foreign invaders -- Chinese dynasties and warlords dominated the country for the best part of 1,000 years, French colonial rule lasted for nearly a century, and U.S. troops spent years fighting there during the two-decade-long Vietnam War.

Now, though, Vietnam faces a new wave of outsiders. Instead of waving swords, they wave hello. And instead of shooting rifles, they shoot selfies. Last year, the country welcomed a record 15.5 million foreign tourists and is likely to receive 18 million this year, according to the United Nations World Tourism Organization. Domestic tourism is also booming, up from 72 million visits in 2017 to 80 million last year.