Travel ‘addict’ forges ahead while others see a shuttered world James Asquith, record-setting globe-trotter and founder of travel startup Holiday Swap, moves trough yet another airport in August. The pandemic, he says, might force people to "reassess why they travel, where they go, and why.”
RON GLUCKMAN, Contributing writerSeptember 4, 2020 08:00 JST | Middle East
CopyCopied

BANGKOK -- Where to go next, when flights resume and borders reopen? And what will it be like to travel in the new normal, however that shapes up? If anyone knows the answers to these questions, it is record-setting global wanderer James Asquith.

Barely out of college, and intrigued by an initial trip through Southeast Asia in 2008, Asquith spent the next five years circling the globe, leaving no country untouched. In 2013, at the age of 24, he became the youngest person certified by the Guinness World Records to have visited all 193 member states of the United Nations.

Since then, the British travel addict has continued to roam the world, running his travel startup company, Holiday Swap. Described by some as the “Tinder of travel,” it connects travelers with accommodation, and sometimes more.

As the world shut down for the COVID-19 pandemic, Asquith based himself in Dubai, a convenient base for visiting most points on the planet. “Then it became the most locked-down place,” he said in a telephone interview. “You needed to have a permit to even leave to go to the grocery store, and could only go once every five days.”

Things have since relaxed, Dubai is once again a major aviation hub and Asquith has resumed life as a frequent flier for Holiday Swap, which he says has more than 700,000 users in 185 countries -- about 400% more than a year ago. Asquith says he hopes to reach “millions” by the end of this year. 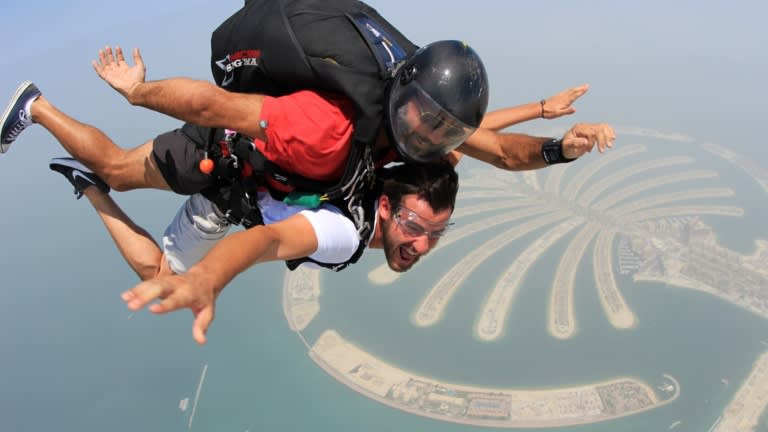 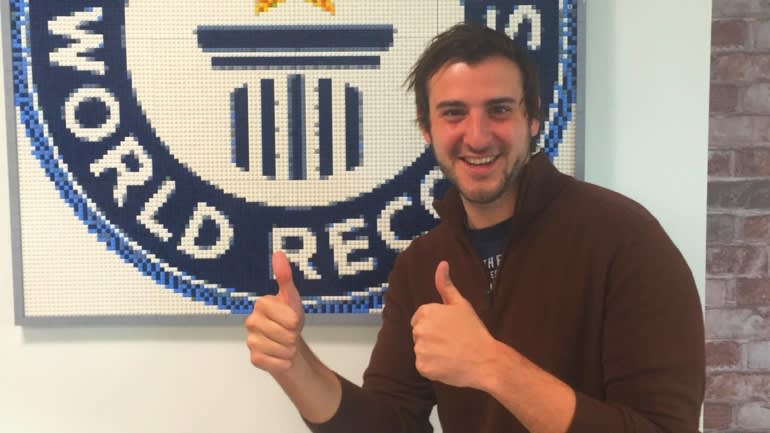 Top: Skydiving in Dubai in September 2018. Bottom: Visiting the Guinness World Records headquarters in London in May 2017.

The company, a blend of the Airbnb formula with the home exchange networks that have been around for a half-century, allows users to trade any form of lodging, from couches or rooms to entire houses, thereby saving on accommodation, one of the major costs of travel. The company takes a fee of $1 on exchanges, which he says are expanding, even in the pandemic. “People are looking forward to when they can travel again,” he says. “And, with budgets tight, everyone is looking to save on costs.”

Even as much of the globe remains shuttered, Asquith continues to collect boarding passes, flying in recent months to the U.K., Sweden, Italy, Switzerland, Germany and The Netherlands. He posts his itineraries -- along with goofy outfits (he sometimes dresses as Batman, or as an astronaut) -- on social media and his travel blog. A recent post detailed flights from London to Geneva, then to Zurich, London, Dubai, Moscow, Abu Dhabi, Frankfurt, Los Angeles and New York that he planned to take in just three weeks from mid-August.

“These flights will take me past 165,000 km flown since April and COVID, with 14 negative COVID tests, 18 countries and 36 flights,” he writes. Like many colleagues in the world’s besieged travel industry, he bemoans the closing of borders, curtailing travel during the pandemic. “You can indeed travel safely without the need for unnecessary and OTT (over the top) steps,” he adds. 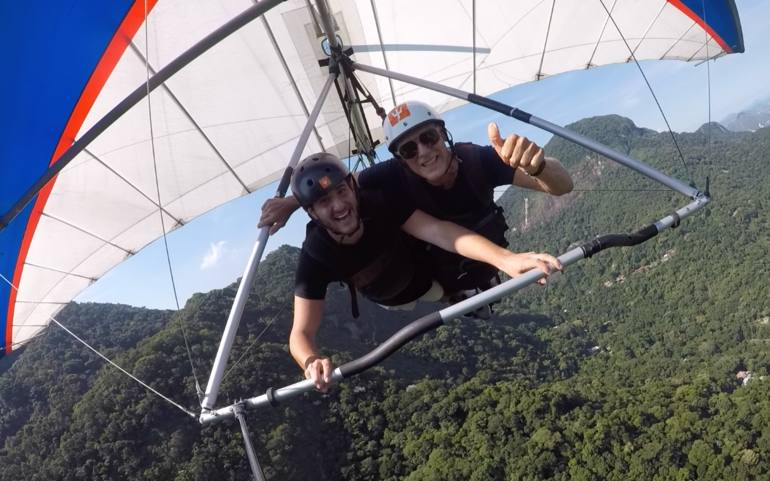 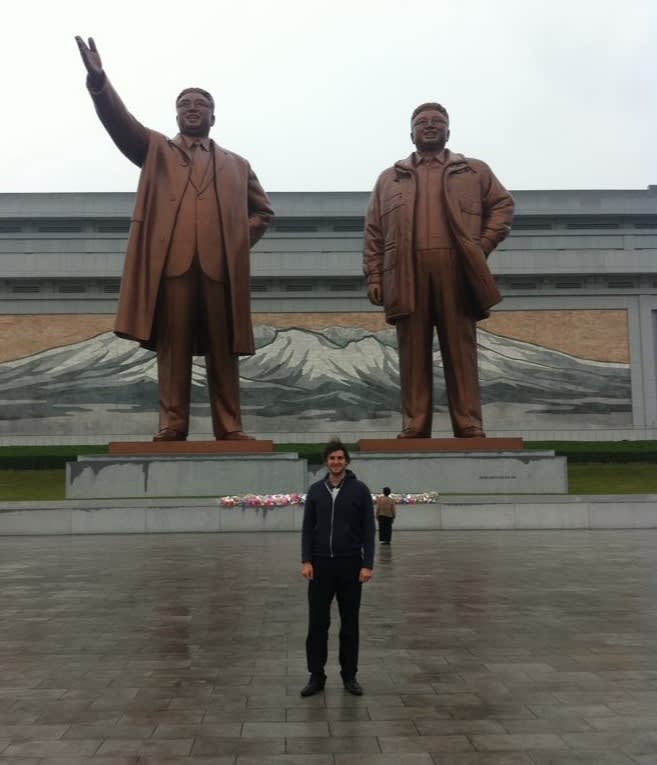 Despite Asquith’s frenetic itinerary he has slowed down from last year, when he took 166 flights. Like the rest of us, this high-flyer has been left with plenty of time to reflect on the pluses and pitfalls of travel, and ponder when he thinks the world will be traveling again, and how.

“We already are seeing some trends. One thing is clear, people are assessing what life really means,” he says. “The golden age of travel is gone. Cheap flights are gone. We should see consolidation of airlines, with less flights. And cheap packages won’t be back, at least for a while. But people won’t have money to travel anyway.”

Not all the effects of the pandemic will be negative, he says. “Tourism has been one of the worst areas of over-expansion [and] some of the world’s best places have become extremely unpleasant. I think people are going to reassess everything. Travel will take a step back, and that’s not bad. Maybe people will reassess why they travel, where they go, and why.” Not averse to whimsy, Asquith sometimes wears costumes on flights.

Asquith is no longer the youngest traveler on the Guinness list; his record was broken last year by Lexie Alford, then 21. Alford, from California, did not travel in North Korea, merely visiting the demilitarized zone between that country and South Korea, where a room straddles the border, but Guinness accepts this as a visit to North Korea.

Asquith is also far from alone as a collector of country visits. The Travelers’ Century Club, launched in 1954 for people who had visited 100 or more of the world’s countries or discrete locations, has 1,500 members. The club now lists 329 territories, including islands such as Corfu and federal states separated from their parent countries, such as Alaska and Tasmania.

Most Traveled People, an extreme travel club that identifies 949 visitable locations, lists 144 people in its Hall of Fame for those ticking off 500 or more. Californian founder Charles A. Veley tops the list with 888 places, and another four globe-trotters have checked off 870 or more. 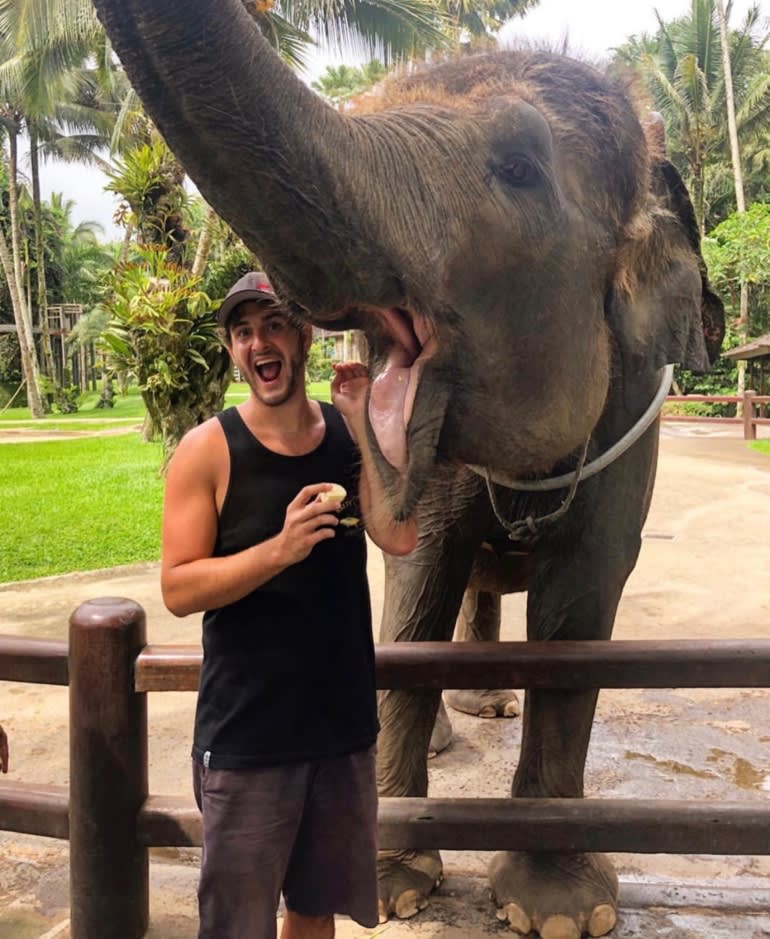 Asquith visits an elephant sanctuary in Bali in December 2018.

By many reckonings, though, the world’s most-traveled person is Gunnar Garfors, a Norwegian journalist and author. After completing the Guinness list, Garfors set out to research the world’s 20 least-visited countries for his book “Ingenstad” (“Elsewhere”) and just kept going, becoming the first human being to visit everywhere twice. “I revisited all of the 20 least-visited countries,” he said, “and figured it would be an insult to visit a country only once.”

Despite his double circumnavigation of the globe, completed in 2018, Garfors is one of many critics of the notion of “most-traveled” clubs or lists. “I certainly understand the attraction of seeing every country, but I do not get why ticking off a country after spending 45 minutes in or outside an airport or train station is appealing at all,” he says. “If you do not experience anything, what is the point?”

Tony Wheeler, founder of the Lonely Planet guidebooks, takes a similar view, even though he has become a pied piper for legions of backpackers around the globe, many of whom travel with one of his titles tucked into a pocket. 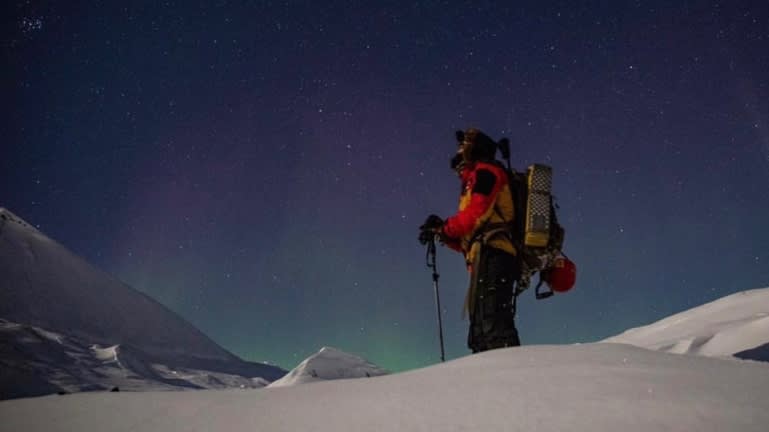 Top: In Afghanistan in May 2011. Bottom: Raising money for UNICEF by trekking through the Arctic in December 2018.

“It’s crazy, this checking off countries,” Wheeler says from his home in Melbourne, where he has been locked down since a trip to a remote island off the coast of Yemen. “I don’t think I’ll be traveling anywhere this year,” the septuagenarian traveler lamented. “I think this year is screwed.”

Wheeler remains optimistic, though. “In the future, travel could be just for the rich and very enthusiastic, or could be the masses, or something in between,” he said. “But it will go on. People really want to get out and see things. Travel is hard-wired into people.”

For his part, Asquith says he is not bothered about losing the Guinness record, and is trenchantly critical of the trend for location-ticking. “A lot of people are doing this competitive travel thing,” he says. “I never set out to break this record. I just wanted to travel.

“When you stamp in, stamp out, do you really see anything? Some people are trying to do this [complete the Guinness list] in one-and-a-half years. That’s, like, three days per country.”