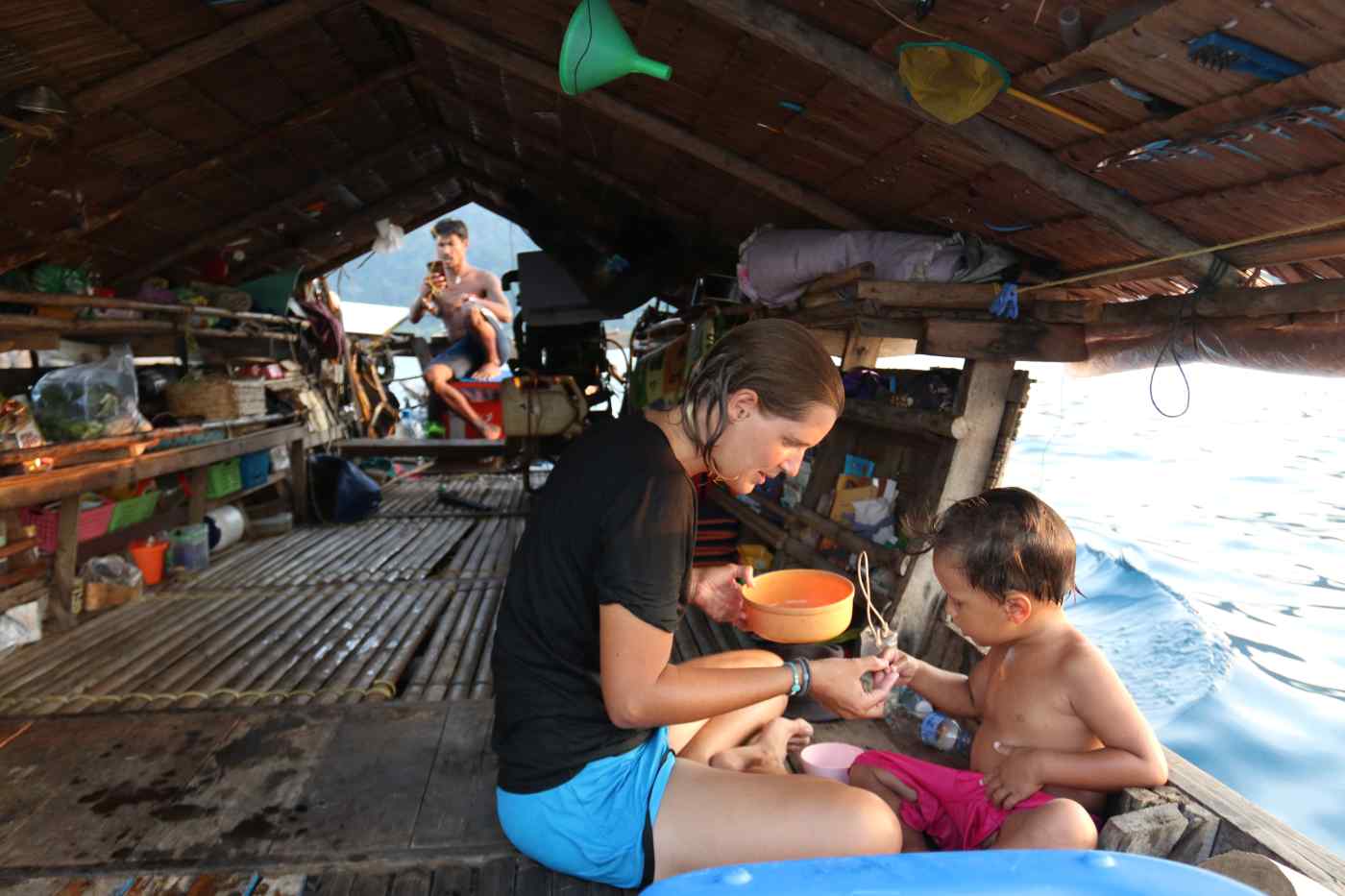 Lena Bumiller-Klathale, her husband Suriyan "Hook" Klathale and their son Noah aboard their kabang houseboat in Thailand. The traditional boats are used by the Moken, a nomadic Austronesian group community that has traveled the Andaman Sea coast of Thailand and Myanmar for centuries, living off the ocean and the coastal forest. (All photos by Tom Vater)
TOM VATER, Contributing writerMarch 9, 2022 08:00 JST | Thailand
CopyCopied

PHANG NGA, Thailand -- "I get a lot of motivation from the life I chose," says Lena Bumiller-Klathale, a 34-year-old German who has traded her European past for a life on the ocean in Asia. "Living on a boat without running water could be seen as backward, but sailing to a beautiful bay and taking a shower under a waterfall can be satisfying. Other people go to an office and a gym every day. For me, carrying water is more meaningful."

Born in Hamburg, Bumiller-Klathale studied social sciences in the Netherlands before traveling to Asia in 2011 and marrying Suriyan Klathale, a "sea nomad" better known as Hook, in 2018. Hook, 36, grew up on a kabang, the traditional houseboats of the Moken, a nomadic Austronesian group community that has traveled the Andaman Sea coast of Thailand and Myanmar for centuries, living off the ocean and the coastal forest.