How Japan's Itoshima became an international hub for creators

Once an isolated coastal town, it is now ranked world's third-best small city ITOSHIMA -- Located in western Fukuoka prefecture on the main southern island of Kyushu, the sleepy seaside town of Itoshima was virtually unknown outside Japan in the year of my birth in 1993.

Growing up, I noticed that even many Japanese weren't so sure, as I was often asked whether Itoshima was an isolated island. What a difference 30 years makes.

Today Itoshima has blossomed into a favorite destination for creative entrepreneurs, attracting talent from all over the world. Last year global affairs and lifestyle magazine Monocle ranked Itoshima third on its annual Small Cities Index, a list of 25 of the world's best small cities to live, after Portugal's Porto and Leuven in Belgium.

One aspect of life in Itoshima that caught the attention of Monocle's editors was what it called the city's "strong sense of community and its citizens are open to outsiders, which has helped to attract creative minds to come here and launch interesting businesses."

Douglas Weber is one of them. Born in Los Angeles, Weber, 42, fell in love with Itoshima on his first visit in 2000, when he was still a mechanical engineering student at Stanford University.

"Being engulfed in nature but also just 30 minutes outside of the city (Fukuoka), Itoshima allows you to live in the country with good city access," Weber told Nikkei Asia. "It has both mountains and beaches, perfect for someone like me who grew up in the foothills of Los Angeles." Later, Weber took a leave of absence from Stanford and enrolled in an exchange program at Kyushu University, which he used to master Japanese ceramics. Joining tech giant Apple in San Francisco in 2002 after graduation, Weber soon found himself heading back to Japan in search of parts makers for Apple's product range.

But it was the Itoshima peninusla, indelibly etched on his mind, that had truly captured Weber's heart. Leaving Apple in 2014, Weber packed up a year later and moved to Fukuoka -- the main city of Kyushu located just over 25 kilometers east of Itoshima -- where he bought a crumbling beachside warehouse and started developing coffee machines.

"For designing and manufacturing complex products, in my case coffee equipment, it's extremely important to have good access to the manufacturing facilities," said Weber, whose company Weber Workshops now exports coffee grinders and other specialised coffee making equipment all over the world.

"With the smaller volumes and manufacturing processes I use for my products it does not make sense to manufacture in Japan, but Taiwan is just perfect," said Weber. "I can leave my house in the morning in the Japanese countryside and be in the factory in Taipei by noon. Even with a rural life in Itoshima, running a global company is totally do-able," he said, noting that Itoshima is located only 30 minutes drive away from the nearest international airport.

With the COVID pandemic radically changing the way so many people live and work, Weber believes the last 12 months has reinforced his decision to relocate to Itoshima.

"With the mountains and beaches at my doorstep, it makes me doubly appreciate this environment during the corona era," Weber said. "The beach is in the backyard of my office, so a lunchtime surf or swim is always the best way to take a break and think about what products to invent next." 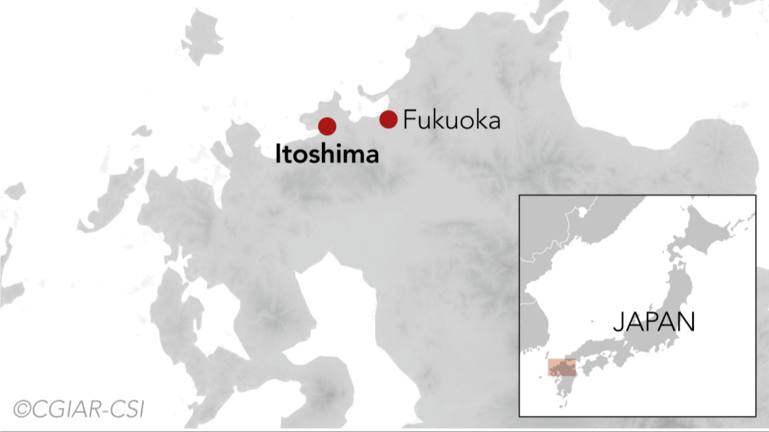 News that Itoshima ranked third on Monocle's Small Cities Index came as no surprise to Fukuoka University Qian Kun. With so few cities in the world having Itoshima's physical attributes -- the best of both mountains, rivers and beaches, Kun said he always "thought that would be the outcome," adding that Itoshima had a lot in common with Finland, widely recognized as the world's happiest nation.

As rich in nature, history, culture and innovative spirit, as well as key infrastructure assets including an international university, and vast open spaces, Kun said Itoshima had the added advantage of a lower cost of living.

Based on interviews with Itoshima residents who had moved from other urban centers such as Tokyo, Kun found that people began to feel much happier after moving to Itoshima where earning less money is compensated by spending less time at work and being able to spend more time with their families. Kun plans to conduct further extensive research on people who moved to Itoshima to support the notion that moving to the city can increase personal happiness.

Growing up in Itoshima, I took all its best attributes for granted, and spent my youth dreaming about moving to a dense urban metropolis like Tokyo. Only since moving away -- and hearing of the love-at-first-sight tales of so many travelers -- have I come to truly appreciate how special my hometown really is.

Whenever I go back home, my first stop is always Futamigaura beach. Once upon a time, the beach was often deserted. These days, I'm almost never alone. Itoshima's most iconic -- and Instagram-able -- spot, Futamigaura is crowded more often than not.

On a recent visit there I met 22-year-old Tokyo resident Otaka Yumi. Visiting with her father, Yumi told she had "always wanted to come here." 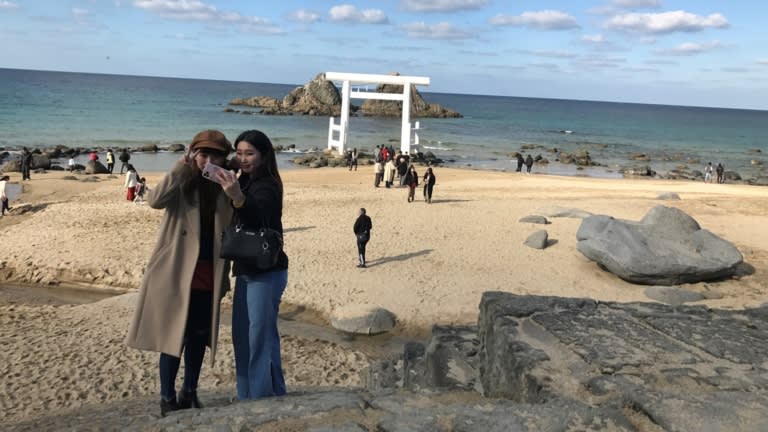 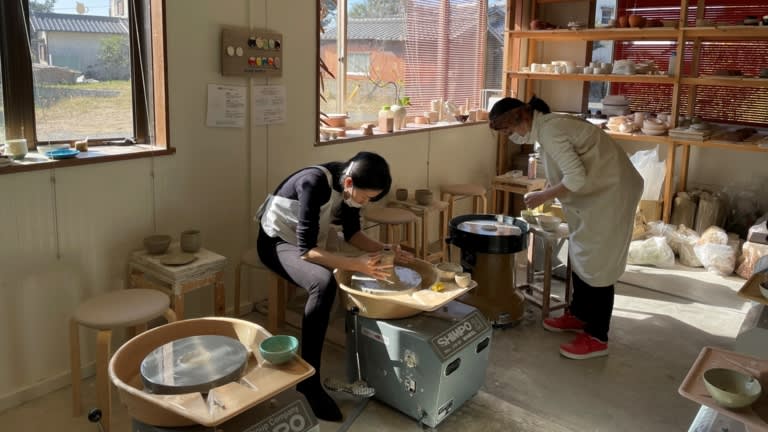 "Itoshima offers the breathtaking view of emerald green ocean without going to Okinawa," said her father, referring to one of Japan's most popular beach resorts. Often in Fukuoka on business, he said he knew little about Itoshima until his daughter convinced him to accompany her there on a trip.

Its chill cafes, famed oyster huts and sandy beaches were a certainly a factor for Hiromitsu Fujiwara, 43, who, motivated by Kyushu island's reputation for fine porcelain, especially from Arita and Imari, opened the Itoshima Togeitaiken Shima Kobo pottery studio in Itoshima in 2019.

Following in the footsteps of Korean and Chinese craftsmen who turned Kyushu into a renowned center for Japanese ceramics that later became popular in Europe, Fujiwara said Itoshima was well located to draw inspiration from such predecessors.

Born in Shizuoka, one prefecture over from Tokyo on Japan's main Honshu island, Fujiwara said that while new trends generally come out of Tokyo, ceramics was an exception. For Fujiwara, Itoshima seemed the perfect place to open a pottery studio.

"I was always longing for Portland," said Fujiwara of the city in the U.S. state of Oregon that is known for having both urban amenities and beautiful nature. Instead, he found somewhere much closer, and easier to move to.