How traditional cakes became a force for good in Malaysia 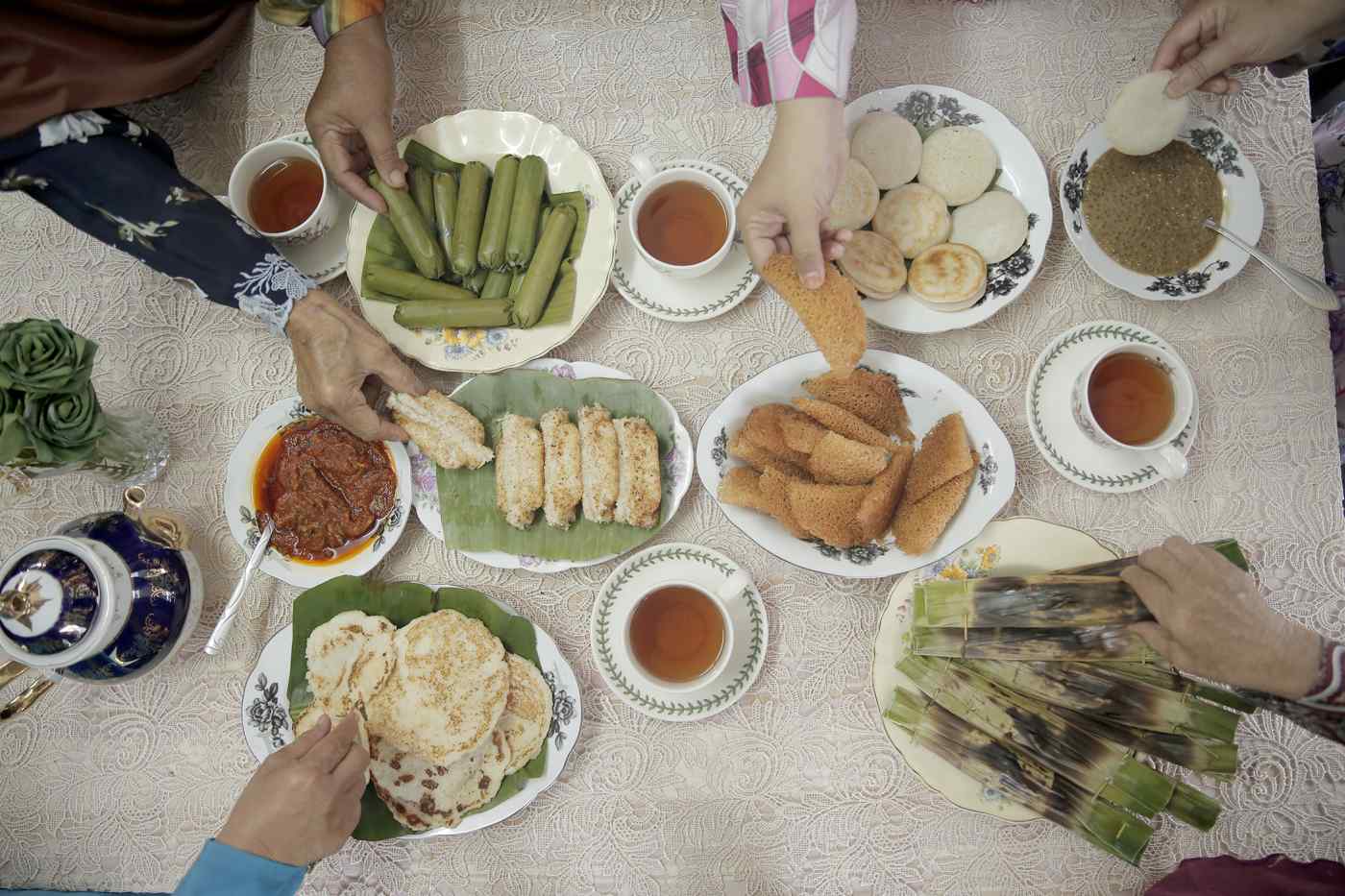 KUALA LUMPUR -- They are probably the smallest edible items in Malaysia. Yet a project aimed at preserving homemakers' vanishing recipes for kuih -- bite-sized desserts and snacks made mostly from rice flour -- may be making a big difference in combating hunger during the pandemic.

"We believe that food can be a great enabler to uplift livelihoods of people caught in the current poverty trap," says Mohd Adly Rizal, founder of FriedChillies, a Malaysian food media and events company. "Our experience and analysis showed that Malaysian kuih are one of the fast-moving items that can help us achieve this objective."

In 2016, long before the coronavirus outbreak affected incomes and spurred the growth of the home delivery industry, Rizal and his writing-researching partner Honey Ahmad found their lives shifting from staging competitions for the best nasi lemak in Kuala Lumpur to making a social impact with the sweeter side of Malaysian cuisine.

Seeking to launch an initiative to combat disappearing food traditions, they found a sympathetic ear in Zainariah Johari, head of arts and culture at Yayasan Hasanah, a foundation associated with Khazanah Nasional, the Malaysian sovereign wealth fund.

Having already worked on an application to UNESCO to register kuih as a Malaysian gastronomic heritage -- an estimated 2 million pieces are consumed each day in the Kuala Lumpur metropolitan area alone -- Johari says she was horrified to overhear a restaurant conversation in which young people asked their parents to identify "those purple things with blue dots" and praised "delicious muffins" that were actually kuih. 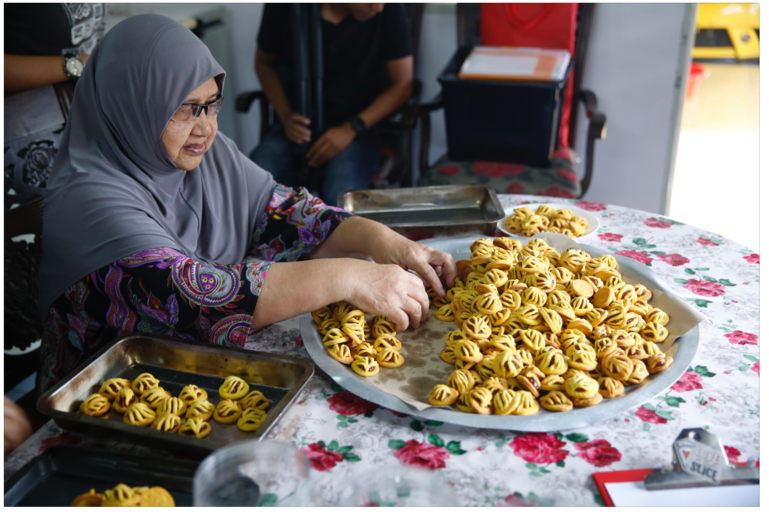 “OK, people,” Johari says, “you can have your Pavlova, or doughnuts, but don’t forget your own desserts! We want to make sure kuih is cool, too!”

The result was two-and-a-half years of culinary detective work throughout peninsular Malaysia, finding the most skilled makers of old-time delights through word-of-mouth, community organizations and foodie “fixers.”

In their kuih mapping, FriedChillies’ researchers zeroed in on specialized cakes for each region -- the state of Perak, for example, prefers kuih with pumpkin and corn -- identifying endless variations including peanuts, fragrant pandan leaves, coconut, curries, pastry puffs, caramelized pastes wrapped in banana leaf and fruit-studded puddings sliced with string. 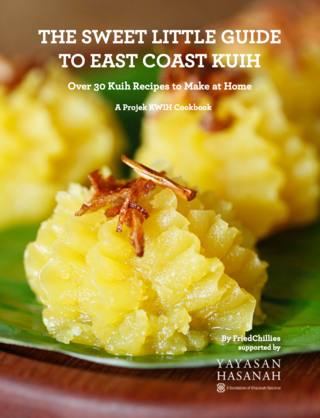 The end result was two handsome books -- “The Sweet Little Book of East Coast Kuih,” and “Around the West Coast in 80 Kuih” -- that feature superb photography, tips on techniques and guidance on how to host kuih parties.

“The books were a very noble cause,” says former Kuala Lumpur restaurant owner Jasmeen Zahri, 47. Brought up in the southern state of Johor, she was able to contribute two recipes, including a rare variety with Arabic origins that was a favorite snack of the state’s royal family, plus an Indonesian-influenced dessert provided by a 68-year-old aunt. None can be found easily in shops. 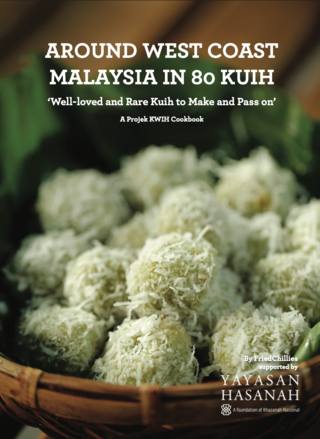 “People feel that anything labeled kuih should be cheap, and don’t understand the time that goes into preparing them,” says Zahri. “But those of my generation are starting to miss the old ones we had in our school days as many are no longer around or don’t taste the same.”

Though many of the anonymous legions of kuih makers tracked down by the researchers were flattered by the attention, repeated visits were often required to gain trust. Some of the women did not want to reveal inherited secrets, and in some cases husbands jealously guarded their wives’ cooking (and in some cases their “honor”) from “intruders.”

Harder still was the work of testing the recipes gathered, often six or seven times. As Ahmad explains, “Most of the women cooked by feel, without proper metric measurements, working from a time before there were mixers or no-stick pans. So we had to bring along weighing scales and videotape everything.” Having never made kuih herself, Ahmad says she learned “a new vocabulary of cooking that was really rewarding -- this wasn’t just our food, but our history.”

As a nonprofit organization, Yayasan Hasanah does not sell the books, but offers them as gifts and as a resource for educators and communities. “We used them to stage kuih festivals and passed research on to universities, but we wanted to go further,” says Johari.

The pandemic, which hit the food trade and day laborers hard, provided fresh stimulus for spreading the kuih story, and in 2020 Yayasan Hasanah and Malaysia’s finance ministry provided funding to FriedChillies’ Projek KWIH, a self-help program trying to scale up production as an economic stimulus. The program, says Ahmad, was aimed at people who “weren’t prepared for unemployment, who lived alone [or] worked menial jobs like hotel cleaners.” 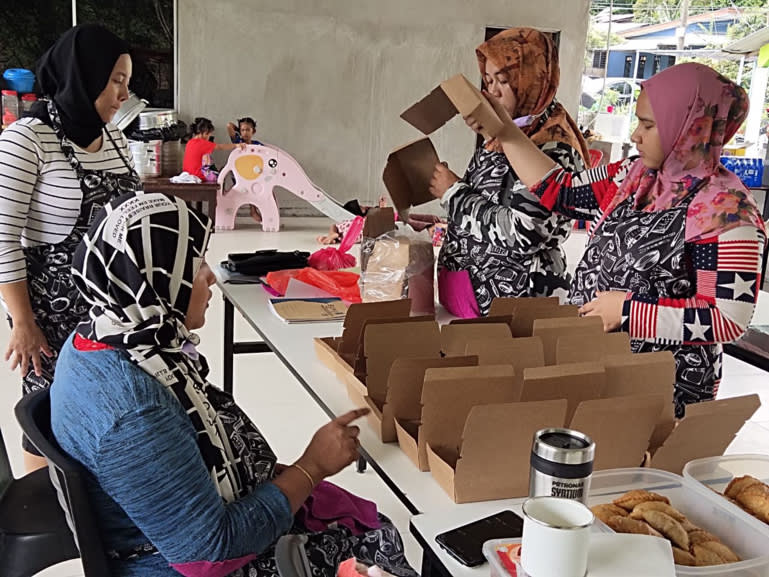 FriedChillies’ Projek KWIH aims to impart kuih-making skills to homemakers so they can earn extra income during the pandemic.(Courtesy of FriedChillies Media)

Projek KWIH's third phase began in November by offering instruction in kuih-making and marketing in an ethnic-Malay area in Gombak, a large district just north of central Kuala Lumpur. Starting with six women targeting an increase in household income of 30 ringgit ($7.23) a day, the program is currently scaling up to around 30 participants, and aiming at tripling the initial profit target.

“There’s no point if you know how to create a great product but aren’t sure how to sell it,” says Rizal. “This is where the knowledge of micro-entrepreneurship comes in.” Plans to expand to other districts are dovetailing with the rapid development of food-delivery systems and frozen food products. “Some people in this area have become quiet millionaires,” Ahmad says, adding that frozen kuih may become a popular staple in the future. “But people are bored staying at home, so [they are] cooking more, planting their own bean sprouts and such, appreciating more all the work their ancestors put into this,” Rizal adds.

Meanwhile,  thinking globally while acting locally, FriedChillies has placed its kuih recipes on the company’s  Facebook/Projek KWIH page so that, as Rizal puts it, “anyone anywhere can learn from the experts.” His team believes there will someday be a place for upscale kuih shops in Tokyo, London and other global gourmet hubs (especially where there are large Malaysian communities).

Like building on a kuih lapis -- the gelatinous kuih version of a Western layer cake -- Johari also envisions specialized cafes matching coffee varieties with unique kuih, to continue what she calls “our humble journey began from an overheard conversation.”