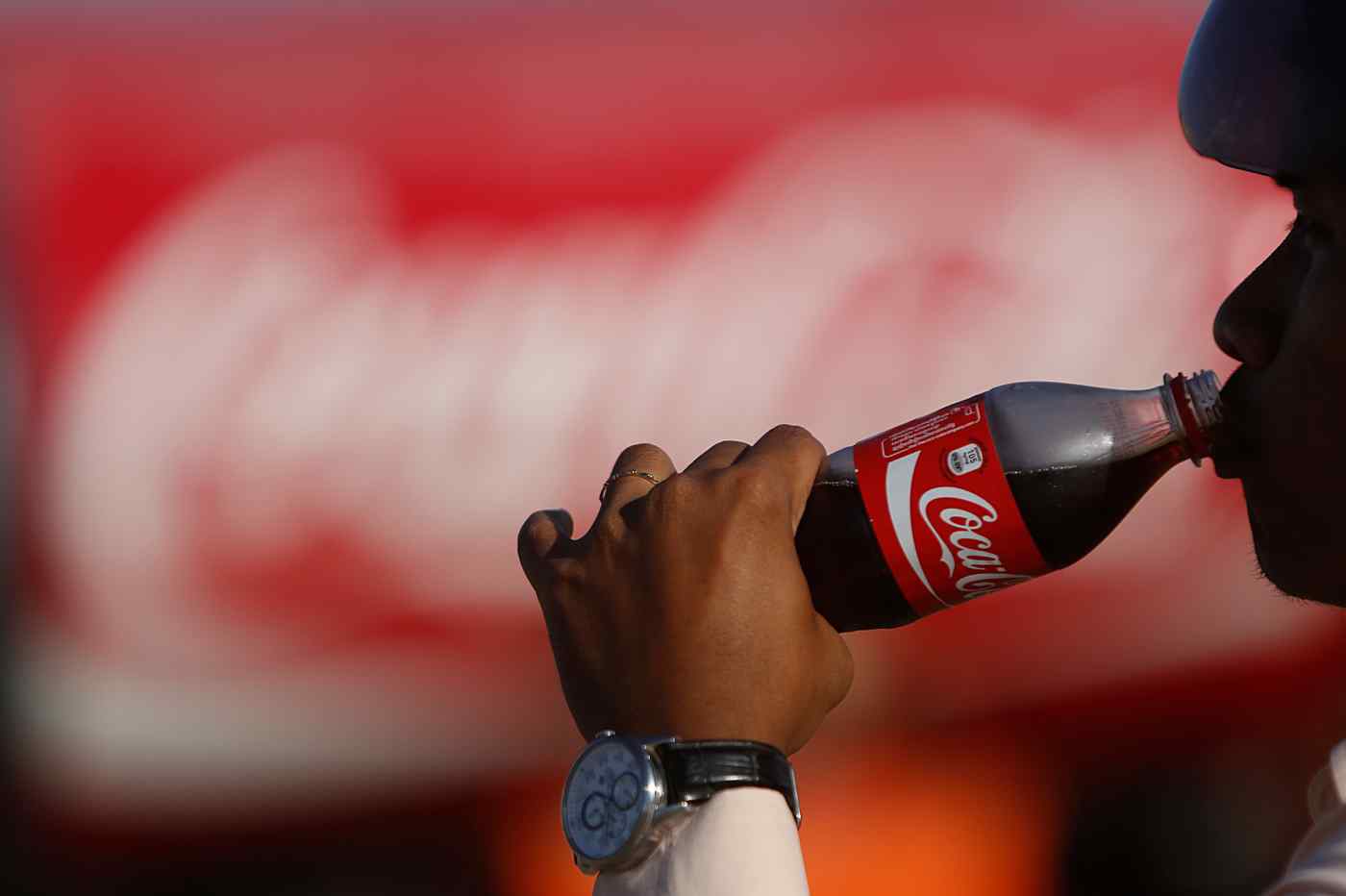 SINGAPORE -- As Southeast Asia struggles with the rise of modern illnesses that have blighted Western societies such as heart disease and diabetes, a combination of government appeals and changing lifestyle choices suggests a growing awareness of the causes of such conditions.

In an Aug. 20 national day speech, Prime Minister Lee Hsien Loong of Singapore recommended that citizens cut back on sugar consumption -- flagging-up the soft drinks that are popular among thirsty pedestrians cooling down after a walk in the city-state's often stifling heat.

"Just one can of soft drink can contain eight cubes of sugar," Lee said. "That's more than you need for one whole day."

Singapore's Ministry of Health, citing figures from the National Registry of Diseases for 2014, said that about one in two people stricken with heart attacks had diabetes. It also said that two in three new kidney-failure cases were due to diabetes, and that two in five people suffering strokes had diabetes. "There are over 1,500 amputations per year due to complications arising from diabetes, roughly four per day," the health ministry stated in a diabetes information pamphlet last year, which also reminded readers that one in nine Singaporeans have the disease.

In Singapore, seven makers of sugary beverages responded to the prime minister's speech by saying that by 2020 they will remove from store shelves any drinks containing more than 12% sugar, according to an Aug. 22 statement by the health ministry. The response mirrors similar campaigns in the West against overloading beverages with sugar, and where taxes and warning labels have been used to encourage lower sugar consumption.

"Coca-Cola recognizes that diabetes and obesity are very real issues that impacts individuals, families and communities around the world and in Singapore," the industry giant said in a press release after a meeting with the health ministry.

"The engagement with, and response of the beverage industry, to lower the sugar level in sugar-sweetened drinks is commendable," said Dr. Goh Su-yen, head and senior consultant in the Department of Endocrinology at Singapore General Hospital.

But sugar is not the sole driver of diabetes. The World Health Organization reported last October that while cutting sugar can help prevent diabetes, fats and salts in processed foods are other major factors in causing the disease, and that people's lifestyle choices, not just diet but also exercise, are important for prevention.

While the initiative in Singapore does not include a tax on sugar-filled drinks, other countries have moved in that direction. The WHO report said imposing a tax on sugary drinks can lead to reduced consumption of so-called free sugars, which includes fructose, glucose, sucrose and naturally occurring sugars in fruit, honey and syrups. Higher prices for consumers as a result of the tax usually result in lower levels of obesity, diabetes and tooth decay, it said.

The city of Berkeley in California introduced a hefty 10% tax on sugary soft drinks in 2015, which led to a nearly 10% drop in sales of such beverages, according to research by academics at the Carolina Population Center at the University of North Carolina and the Public Health Institute. Other cities in the U.S., where obesity is more common than health-conscious California, have either adopted similar levies or are considering such moves. Meanwhile, the U.K. is set to introduce a drinks sugar tax in 2018, which will be weighted depending on the amount of sugar in a bottle or can of beverage, and will likely lead to price increases of 8% to 12% per drink.

There remains a danger, however, that a tax can fuel the rise of a market in bootlegged beverages, as was the case in Denmark, where a soft-drink tax introduced as far back as the 1930s was repealed in 2014 due to illegal sales and people crossing into neighboring countries to stock up on cheaper beverages.

After the 1997-1998 financial crisis in Asia, the region's economies mostly recovered quickly, returning to high growth rates, and in turn expanding the middle class. But increased prosperity has seen worsening levels of obesity, as foods high in fat, salt and sugar are consumed in greater amounts.

That has led to an increase in illnesses common in the West -- conditions that the WHO lists as the four main types of noncommunicable diseases, with diabetes ranked alongside cardiovascular diseases, such as heart attack and stroke; chronic respiratory diseases, such as asthma; and cancer. 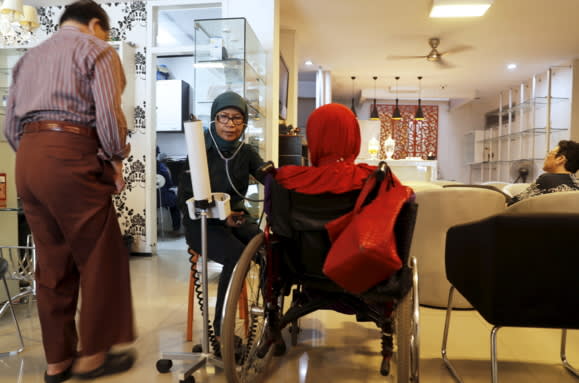 A paramedic checks a patient's blood pressure at the SS Diabetes Care clinic in Jakarta in April 2016.   © Reuters

Worldwide, there were 415 million adults living with diabetes in 2015, according to estimates published by the International Diabetes Federation, which expects that number to reach 642 million by 2040. The WHO has estimated that as of 2014, diabetes had affected 400 million people, quadruple the amount in 1980. Of the IDF's 2015 estimate, 83% of those afflicted lived in low- and middle-income countries, of which there are many in Asia -- including Myanmar, where around 10% of the population is estimated to be diabetic.

In June, the Asian Development Bank estimated that 40.9% of adults in Asia and the Pacific regions are overweight or obese, a "surge" from 34% in 1990 that is fuelling a growing burden for health systems and economies.

The Manila-based ADB estimated that for 42 economies in Asia and the Pacific, obesity relates to almost 12% of total medical care expenditures -- about 0.78% of gross domestic product, or $166 billion -- every year. The bank described growing obesity as "a serious threat to the prosperity of the region" and a concern that "needs urgent action."

In Malaysia, meanwhile, the spread of diabetes has set off alarms at the health ministry, with Director-General Dr. Noor Hisham Abdullah saying in April that figures from a National Health and Morbidity Survey in 2015 suggested that 3.5 million people in the country are diabetic and that a fifth of adults will have the disease by 2020.

As the WHO reported, eating better and getting a bit of exercise can help prevent or offset diabetes. The effectiveness is hard to determine among prediabetics, but some research suggests that six out of 10 potential cases could be prevented by healthier living. In 2012, a study published in the New England Journal of Medicine showed that "prediabetics can reduce the overall incidence of diabetes by 58% through diet, exercise, and behaviour modification."

That message seems to be filtering through to the world's nascent diabetes hotspots. New analysis by market-research company Mintel shows that 75% of urban consumers in Indonesia and two-thirds in Thailand say they aim to have a healthier diet this year, and 58% of Indonesians and 62% of Thais saying they will exercise more.

And while such surveys can be overly optimistic given that even the most determined resolutions about eating better and doing more exercise often go unmet, food and drink brands seem sure that there will be enough of a health kick to warrant looking into selling new products.

"One of the key ways in which consumers in Southeast Asia are looking to adopt a healthy and balanced diet is by consuming food and drink that is high in protein," Mintel reported. "As consumers recognize the importance of staying active, beauty and personal care brands are formulating products to help them in their quest for health and fitness."

Noting a slowdown in soft-drink sales in Singapore in 2016, market-researcher Euromonitor International noted that businesses were responding to growing health consciousness among consumers, by readying healthier-sounding drinks, such as coconut water and green tea beverages, for sale in shops around the region. It concluded that "rising health concerns, for example about diabetes, have made consumers more discerning about the ingredients contained in the products they eat and drink."

Elsewhere in the region, Euromonitor noted "a clear trend towards rising health consciousness" in Indonesia and Malaysia, where bottled green tea drinks and bottled water have made market inroads due to their healthy image. Thailand's military government is pushing healthy eating and drinking, as is Malaysia with its "healthy choices" logo launched earlier this year. However in the Philippines an expanding economy and rising disposable incomes appear to have prompted growth in the soft drinks industry in 2016, Euromonitor said.