In Ubud: not much to eat, lots of prayer, no love

Once bursting with tourists, Bali's spiritual capital looks like a ghost town Fifteen months into the COVID-19 pandemic, and 15 years after his first visit, writer and photographer Ian Lloyd Neubauer returned to the Balinese tourist town of Ubud to see how it has fared.
Words and photos by IAN LLOYD NEUBAUER, Contributing writerJune 12, 2021 08:00 JST | Indonesia
CopyCopied

UBUD, Indonesia -- My first visit to Ubud, in 2006, coincided with the launch of "Eat, Pray, Love," the bestselling memoir of an American traveler, Elizabeth Gilbert, who finds inner peace and love in this idyllic temple town set in the river valleys of central Bali. A place of moss-grown Hindu temples, winding alleys, lush green rice paddies and hidden waterfalls, Ubud was as enchanting as the book suggested.

By 2018, visitor numbers had reached 3 million a year and Ubud had become a city. Boutiques and hotels popped up like mushrooms, accompanied by a fine-dining scene on a par with Jakarta's. There were food festivals, book festivals, a live music scene, an art scene, a thriving community of digital nomads and Balinese culture and color everywhere.

But there were problems, too. The traffic was terrible. Every afternoon, the main roads became gridlocked, and the city never figured out what to do with all the plastic trash.

Fifteen months into the COVID-19 pandemic, and 15 years after my first visit, I returned to Ubud to see how the tourist town has fared. 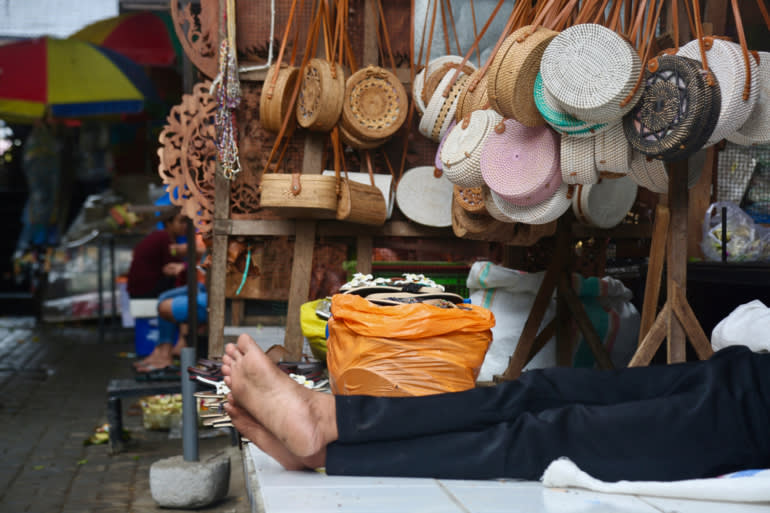 Before the pandemic, the Ubud Arts Market was a hive of activity. Today, only a dozen-odd stallholders still trade. Among them is Made. "I haven't sold anything in two weeks," he said. "No tourists, no food," said the stallholder alongside him. 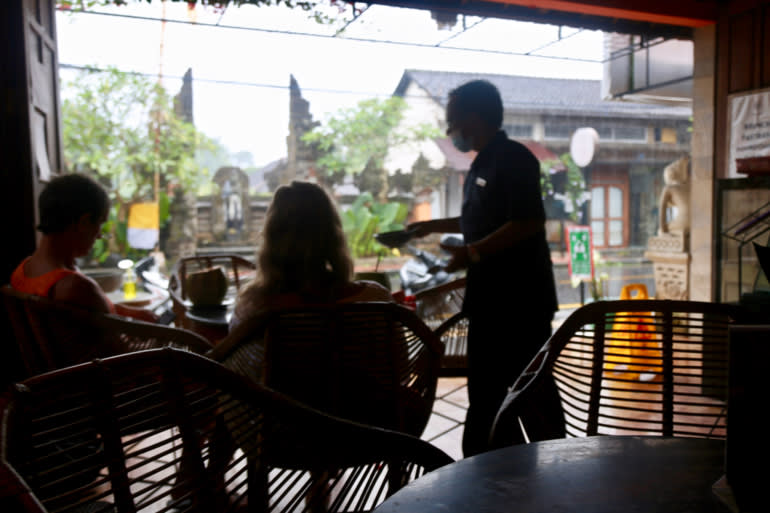 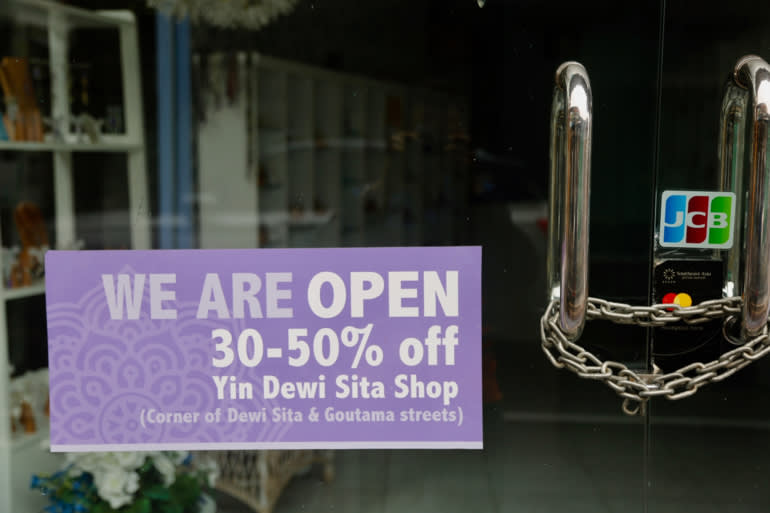 The food and beverage industry has also been hit hard. Bali's Gianyar Hotel and Restaurant Association reported in March that 90% of restaurants in Ubud have closed.

"I'd say that number is about right," said Janet DeNeefe, an Australia-born restaurateur who has lived in Ubud since the 1980s. Once the head of a thriving event and hospitality business, she now sells baked goods to survive. "Strategically, the right thing to do when trade is bad is to close," she said. "But I refuse to. It's important that we generate some kind of salary for our staff." The Monkey Forest, a sanctuary and natural habitat for more than 1,000 Balinese long-tailed macaques run by the local community, was the most popular attraction in Ubud before the pandemic, attracting up to 3,000 visitors daily. It was closed for most of 2020 and reopened in November, but visitor numbers remain low. "About 50 people now come each day," said Lilit, one of 75 employees working for half pay. "Because there are so few tourists, the monkeys are bored and leave this place. But they always come back at feeding time." 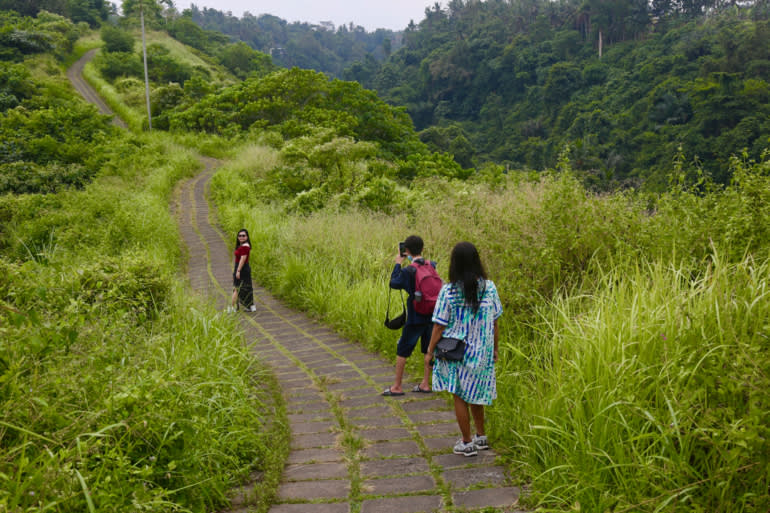 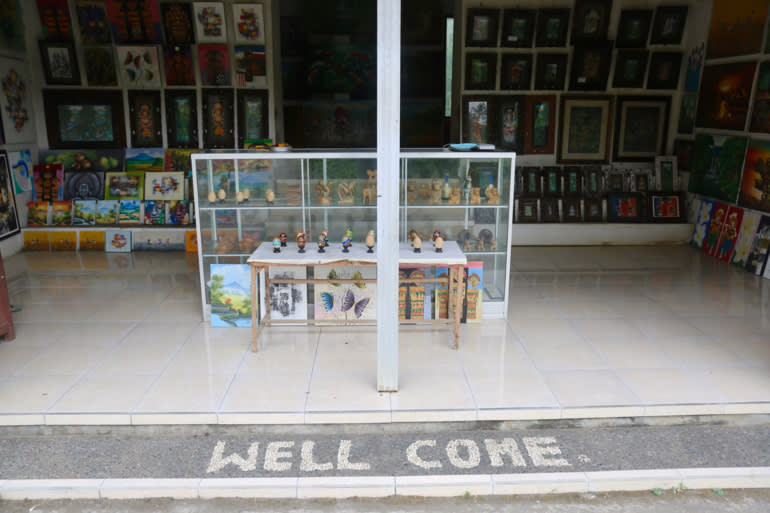 The Campuhan Ridge Walk, a picturesque foot trail that rolls up and down a forested ridge, had become increasingly popular before the pandemic. At sunset, the path was often crowded with hundreds of Instagrammers trying to take the perfect shot. Now the ridge is silent again, except for birdcalls in the jungle, chirping insects, and water rushing in the valley below. A few Instagrammers remain, like these tourists from Jakarta spotting snapping photos with their phones. An artist village at the peak of the ridge is also nearly empty. 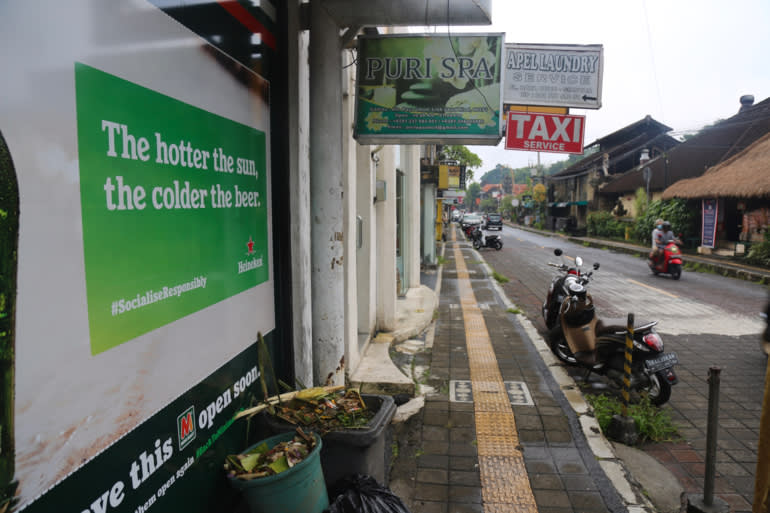 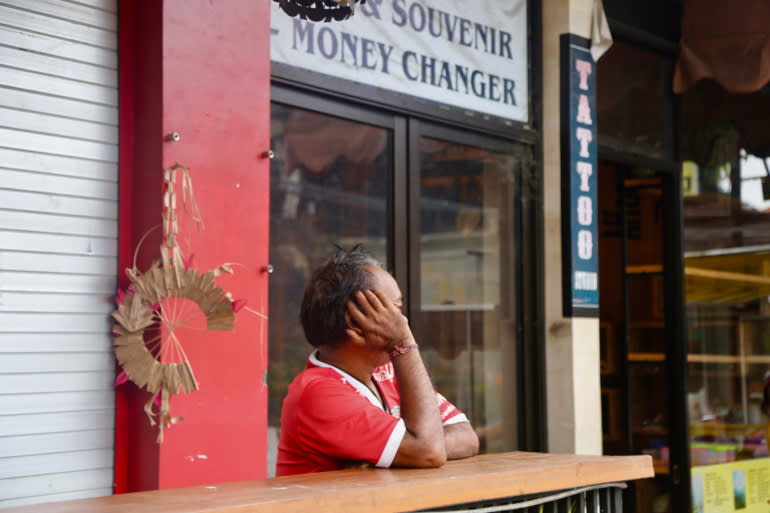 Ubud is home to 12,000 people going about their daily lives. Another 1,000 foreigners live in the area, and a few dozen tourists float through each week. But for anyone who remembers the heaving crowds of the past, it can feel like a ghost town. "We have been to Ubud before and now it's scary, almost like a dead town, like it's haunted," said Natasha Situmorang, a visitor from Jakarta. "All the shops are closed. That's the saddest part for the people." 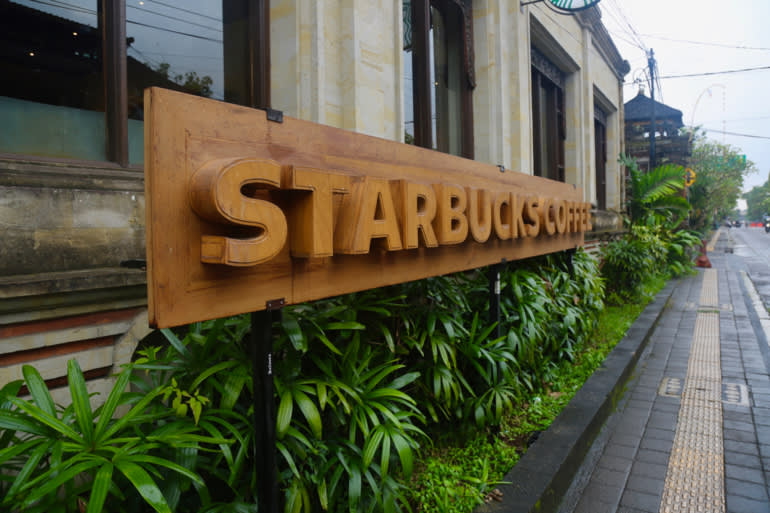 In the Central Market is a billboard featuring a photograph of an impoverished Balinese wearing a mask, surrounded by more than 100 pictures of foreigners without masks. A plaque nearby claims that 95% of Balinese wear masks in public, as required by law, while many foreigners do not. Ironically, the billboard, which aims to shame transgressors into compliance, was made by a foreign artist.

Balinese are famously tolerant, and only a few tourists have been deported during the pandemic. But there is a growing desire among the island's locals for a pivot away from mass-tourism strategies toward more sustainable, gentler tourism models. 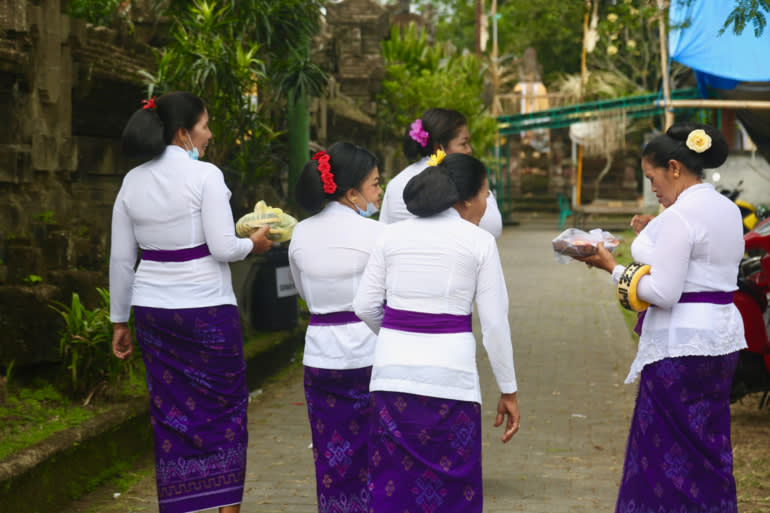 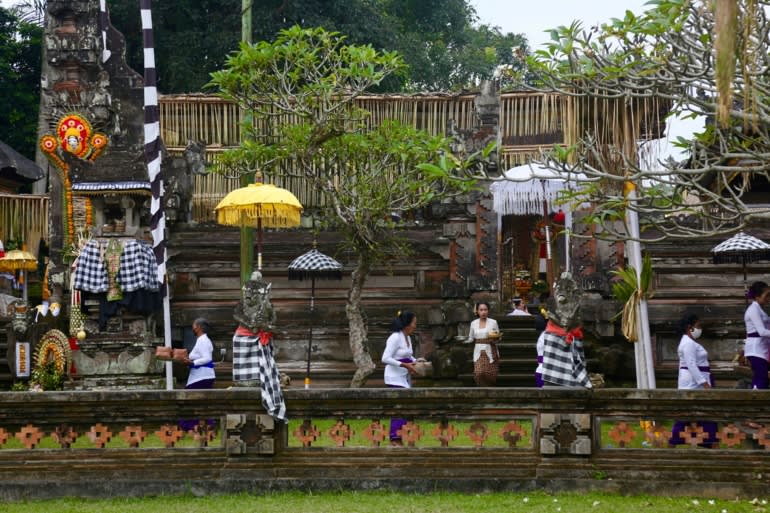 In 2019 Bali welcomed 16.2 million domestic and international visitors, nearly four times the local population. But the island never lost its authenticity or charm. That is because the Balinese live, eat and sleep their Hindu culture and religion. There is always a ceremony, wedding or funeral going on, and these events have continued, albeit scaled-down, during the pandemic.

Many locals believe that Bali has escaped the worst of the pandemic because of prayer, and that worshipping their ancestors and gods will help bring good luck to revive the economy. It is a poignant illustration of the deep spirituality of the Balinese that has made their island such a drawcard for those in search of healing. So is their belief in how faith can offset adversity. Or, as Gilbert put it in her book, "God never slams a door in your face without opening a box of Girl Scout Cookies."