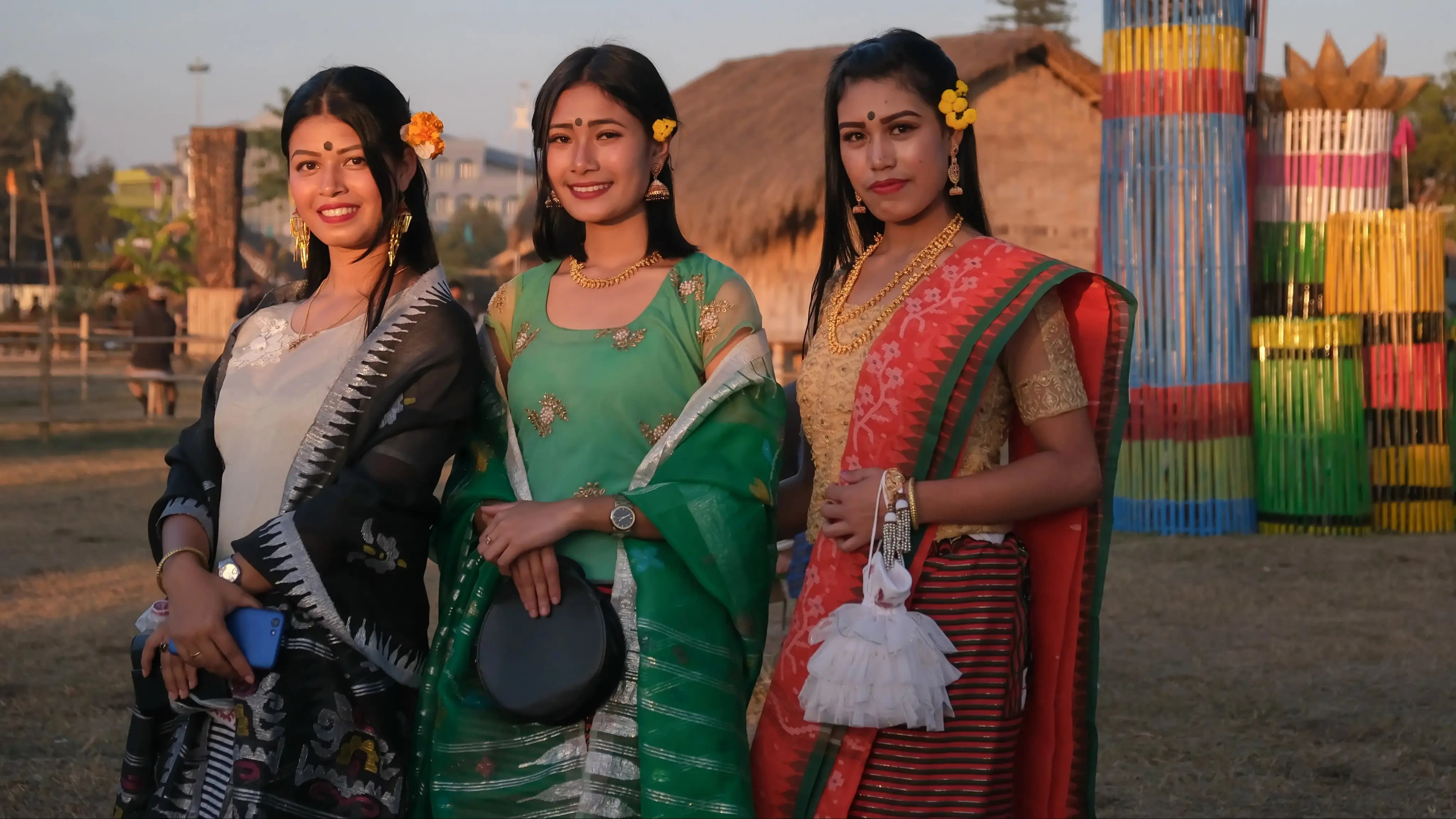 IMPHAL, India -- The soldiers stationed on street corners in Imphal, capital of the Indian state of Manipur, are keeping their rifles low. The town is abuzz for the second edition of the Sangai Festival, a 10-day extravaganza of cultural events, performances and commercial expositions. After decades battling separatist insurgency, the soldiers have no need to worry: The most disruptive aspect of the festival, which celebrates Imphal as a rising tourist destination, is likely to be a little more traffic than usual.

"Before 2012, Manipur was a hotbed of unrest and violence," said Milan Sanji, a government worker and part-time manager of a homestay business, who has been helping intrepid foreign travelers visit his native Imphal for nearly a decade. "Many people were killed in the crossfire between the army and the separatist militants," Sanji said. "The Sangai Festival is a good step toward helping Manipur emerge on the global tourist map."

Home to the delicate and beautiful Manipuri dance style, and the birthplace of polo, Manipur is one of northern India's easternmost states, sharing a border with Myanmar. Famous historically for its natural beauty, the state has been better known in recent years for a separatist insurgency that killed at least 6,127 people between 1992 and 2017, according to the South Asia Terrorism Portal, an India-based database.

The Kingdom of Manipur merged with the Republic of India on Oct. 15, 1949, two years after India achieved independence from Britain, but became a state only in 1972, eight years after the formation of the United National Liberation Front, a separatist insurgent group. Other rebel groups such as the People's Liberation Army, the People's Revolutionary Party of Kangleipak, and the Kangleipak Communist Party also fought the Indian army and security forces, but the insurgency began to ebb in April 2012, when more than 100 militants surrendered in Imphal before the former chief minister of Manipur, Okram Ibobi Singh. Kangleipak is an ancient name for the Kingdom of Manipur. Manipur's security has since improved steadily, along with tourist access to the state: Deaths resulting from terrorist acts fell to 55 people in 2017, from a peak of 485 in 2008, and insurgents from the United Kuki Liberation Front and the Kuki National Army, two of the last major groups still fighting, signed a peace accord on July 23 2018. Kuki is an umbrella name used to identify a number of hill tribes spread between Manipur and Myanmar. 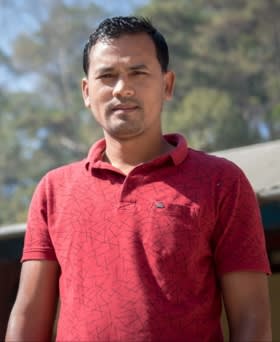 Some small rebel groups remain active, and the Indian army said in November 2018 that an early solution to the insurgency problem would be difficult to achieve because of the multiplicity of militant groups and their different demands.

Until 2012, Indian and foreign visitors needed a Protected Area Permit in order to enter Manipur, and the India-Myanmar land border crossings at Moreh and Tamu remained closed to foreigners until May 2018. Travelers in motorized vehicles must still apply for a border crossing permit, but visitors with valid Myanmar e-visas or Indian visas can now move freely between India and Southeast Asia. The road link will eventually become part of a planned India-Myanmar-Thailand highway.

The improvement in security has helped Manipur rebrand itself, not least through the Sangai Festival, which attracted thousands of locals and Indians from other states -- and a much smaller number of savvy foreigners -- in the last 10 days of November 2018. The festival, first staged in 2017, evolved from a smaller-scale tourism festival that ran from 2010 to 2016, and was named for the state animal -- the brow-antlered Sangai deer, endemic to the Keibul Lamjao National Park, which surrounds the idyllic Loktak Lake. Supported by the state government, the festival is now scheduled to run every year between Nov. 21 and Nov. 30 in five locations in the cities of Imphal and Moirang. Traditional carvings on the entrance of a tribal house, reproduced at Hapta Kangjeibung. (Photo by Kit Yeng Chan)

Last year, beside local performers and musicians, the international cast of participants featured Japanese sumo wrestlers, appearing for the first time in Manipur, who attracted an audience of 5,000. The diverse program of events also included folk dance and music performances from other northeastern states, including Sikkim, Assam and Arunachal Pradesh; a cultural showcase from Thailand; and dance ensembles from Indian "tribal" areas in states such as Andhra Pradesh, Odisha, and Tamil Nadu.

Off stage, next to shops selling local foods and ethnic garb, there were stands promoting Manipuri businesses, together with an international marketplace and product exposition with sellers from Thailand, Myanmar, South Africa and Egypt. The festival attracted large crowds paying just 30 rupees (43 cents) for entry.

Alongside the festival, Imphal hosted the 12th International Polo Tournament at the Mapal Kangjeibung Polo Ground, in the heart of the city, the world's oldest polo field. On Nov. 29, the India B team, formed by Manipuri players, earned a gold medal after a heady game against the U.K. Seeing the local team defeat India's former colonial rulers was yet another auspicious sign for the state's changing fate. "We locals know that Manipur's bad times are gone. But internationally the state's reputation is still tarnished by fear and lack of updated information, and I believe it's now up to us tourist operators to do our part and attract foreigners and their investment," Sanji told the Nikkei Asian Review.

Since the beginning of Manipur's relaxation in 2012, Sanji has promoted the beauty of his home state to adventurous travelers through the United Friendship Organization, a freewheeling eco-community and rural guesthouse project set on Iroisemba Hill in the Langol Forest Reserve, 5 km west of Imphal's city center.

Sanji now runs Aheibam Homestay, one of Imphal's top rated properties, together with stylish boutique hotel Sangai Continental, a 49-room property with a fine-dining restaurant and a gym, that is catering to the growing number of business travellers visiting Impahl. Sanji, on the other hand, is continuing to focus on serving adventurous travelers, and is looking for volunteers to research and map a network of hiking routes and homestays throughout the state. His dream is to extend Manipur's existing tourist network and help travelers experience the variety of the state's ethnic melting pot in a safe, culturally rewarding way. "We have 33 different tribes here, and all of them are very much inclined to receive guests with warmth and respect," Sanji said.

For now, visitors numbers to Manipur are still relatively modest. Even in the town center, in front of the Ima Keithel, Asia's largest market run and staffed entirely by women, the arrival of a group of foreigners caused a stir.

On my second day in town, I bought a plate of momos, the ubiquitous dumplings of northeastern India, from a street seller. Despite the festival, he was surprised to see me, but enjoyed practicing his English as I consumed my frugal meal next to his cart. "I'm extremely sorry for asking, but I must take money from you," he told me shyly as I tendered my change.

The lesson was clear: Manipur is a place to visit now, before this newfound sense of peace is dissipated by a flood of global tourists.