When Nalima Kariappa took over the day-to-day management of her family's 200-acre coffee estate in Chikmagalur, in the southwestern Indian state of Karnataka, after her husband's death in 2007, she never imagined just how far the family business would come.

"Frankly, I wanted to close and go after my husband was diagnosed with cancer. At the point that he was preparing the estate's affairs, we had decided that we would sell and go settle in Mysore or Coorg," says Nalima. "But toward the end, I think he got emotional and sentimental and said no."

Nestled in the foothills of the Baba Budangiri mountain range, the Chikmagalur district is a densely forested region in which coffee plants flourish. Legend has it that Baba Budan, a revered Sufi ascetic, smuggled seven unroasted seeds of the coffee plant from Mocha in Yemen on his journey back to India in 1670. Until then, coffee cultivation was exclusive to the Middle East and the sale of seeds was strictly forbidden; only roasted or ground beans could be exported.

Baba Budan's first coffee farm started a practice in India that thrives in estates like Nalima's Kambihalli centuries later. Today, the state of Karnataka is the largest producer of coffee in the country, with Chikmagalur the second most productive district in India, growing an estimated 78,000 tons of coffee in 2018-19.

While most of India's coffee estates are now owned by large corporations, a few still belong to families like the Kariappas, who are hoping to keep the tradition alive. 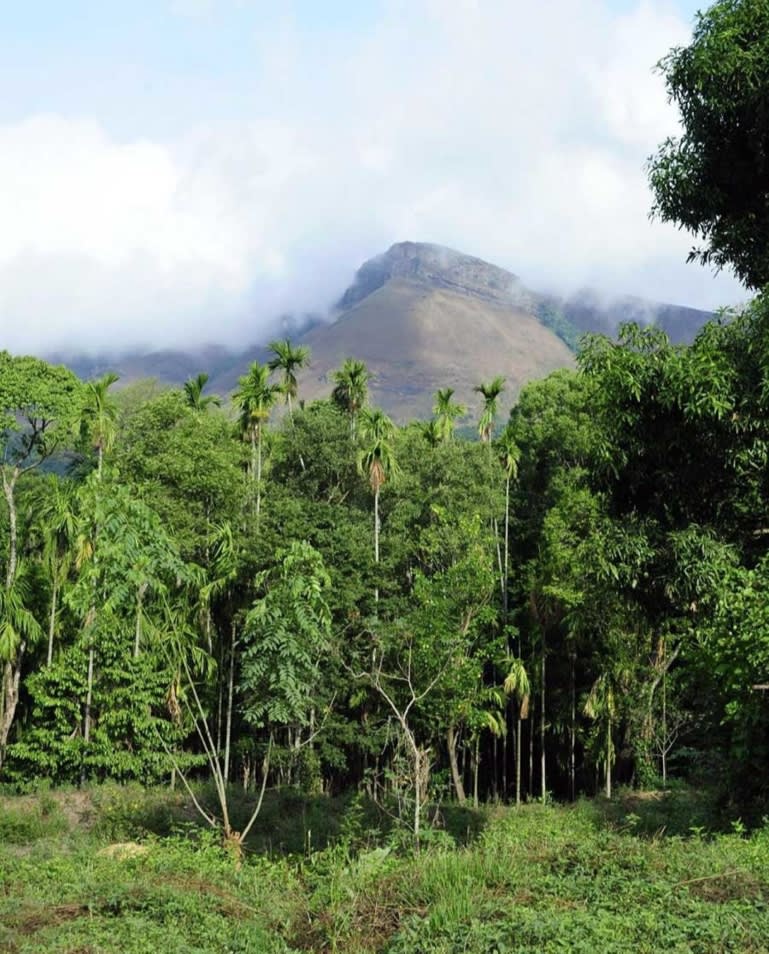 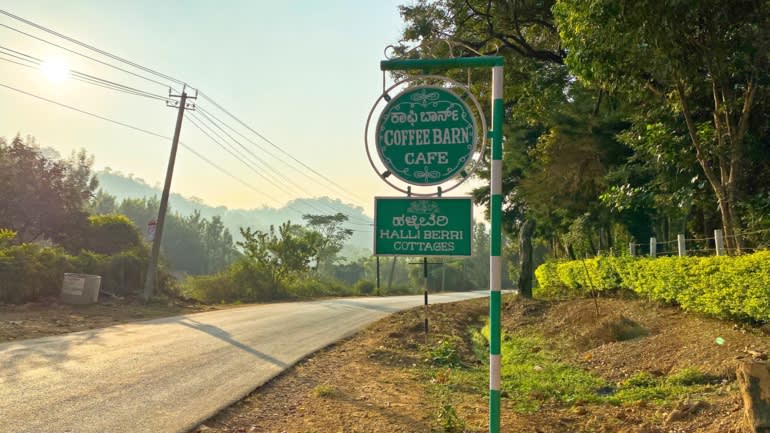 In 1948, after cashing out of his inheritance, the grandfather of CP Kariappa, Nalima's husband, moved from his hill station hometown of Kodagu, formerly known as Coorg, and headed north to Chikmagalur, where he purchased 40-50 acres of lush, fecund land to open the Kambihalli Estate.

Named after the iron-rich soil that the area is known for -- kambi is iron in the local Kannada language, halli means village -- the estate grew over the years to its current size of almost 180 acres.

As a result of her husband's untimely death, Nalima and her three daughters -- Maanavi, Anusha and Tejini -- found their way along an uncharted path. In 2008, they opened the Coffee Barn Cafe, a casual spot along the main road for travelers. It was around the same time that they had their coffee beans certified by the Rainforest Alliance, an international nonprofit focused on ensuring that farmers meet adequate international standards of environmental, social and economic sustainability. 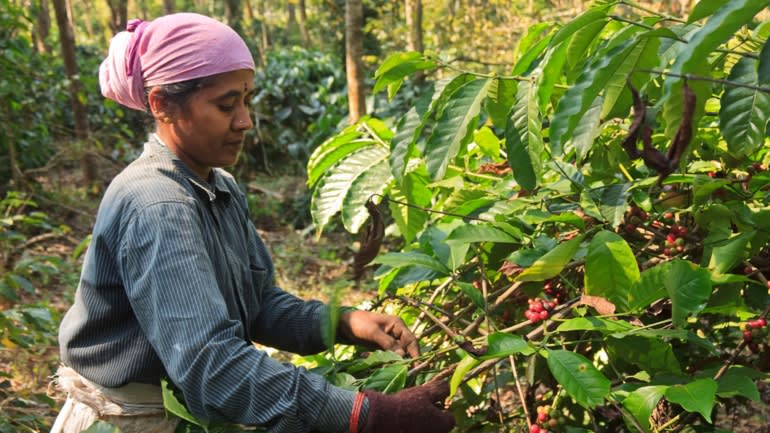 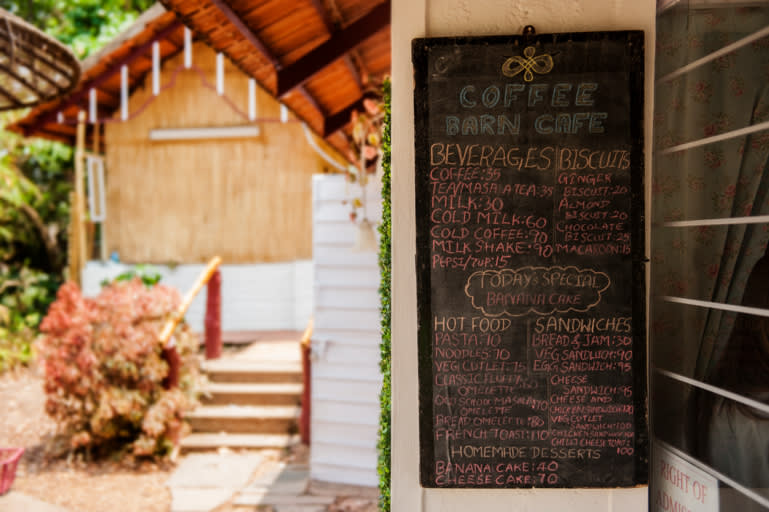 India is one of several countries where coffee plants grow under the shade of a verdant rainforest canopy. These trees not only prevent soil erosion but provide an additional source of income for coffee farmers -- intercropping with pepper vines, areca palms, cardamom, cinnamon and orange trees is common practice. Top: The 200-acre estate offers well-marked trails, many that run along the river, for visitors to explore. Bottom: Manual sorting for underripe or overripe cherries is always carried out before the day’s harvest can be weighed and processed. (Christabel Lobo)

Once picked, the ripe cherries are immediately processed to ensure quality and freshness. Unripe or overripe ones are separated by hand before the day's harvest can be weighed. Kambihalli makes use of the wet-process method, separating the beans from the skin. This results in a cleaner coffee that is fruitier in flavor, and overall is a less labor- and resource-intensive process.

The skin and pulp collected during the process are eventually converted into manure and used to fertilize the soil for another year of growth. The separated coffee beans, now referred to as washed, are then left to dry in the sun for several days. Finally, they go through hulling, where the dried husks are removed before being sent off-site, where they are graded, roasted, powdered and packaged.

Kambihalli sells its robusta beans in the wholesale market, while its arabica beans are marketed as Halli Berri, which plays on the term "coffee berry." (It is not meant to have any connection with the actor Halle Berry.) Served throughout the estate and sold at their on-site cafe, a freshly brewed cup of Halli Berri's single origin ground coffee has a slightly acidic flavor profile with notes of cinnamon, citrus and nuts -- all thanks to the iron-rich soil and intercropped plants. 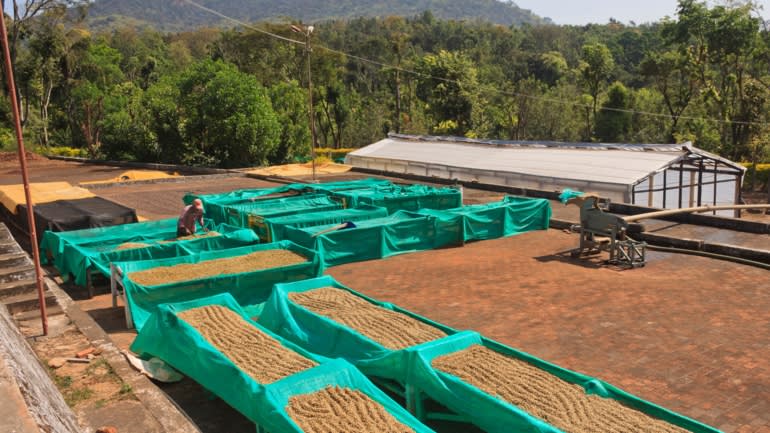 Top: The skin and pulp collected during processing ends up in a huge pile that is eventually converted into manure used to fertilize the soil for next year’s harvest. Bottom: Separated coffee beans are left to dry out in the sun for several days before they can be de-hulled and sent off-site to be roasted and packaged. (Christabel Lobo)

It has not been easy, of course. Infestation by white stem borers, pests notorious for attacking the stems of arabica plants, early on in Nalima's tenure led to a drastic decrease in annual coffee production, which she says is just now starting to recover.

"From 10 loads -- each load is 10 tons -- we've gone down very drastically to producing just three loads," she says, attributing it to her lack of experience in coffee farming. "We lost a lot of acreage to the infestation. As a result, we had to cut everything down and start planting robusta instead."

Today, Kambihalli grows an equal amount of robusta and arabica coffee plants; arabica ripens faster and tastes better but robusta is more resilient to insect attacks. According to the Rainforest Alliance, diversification is the key to helping farmers protect themselves from market volatility and the increasing effects of climate change. 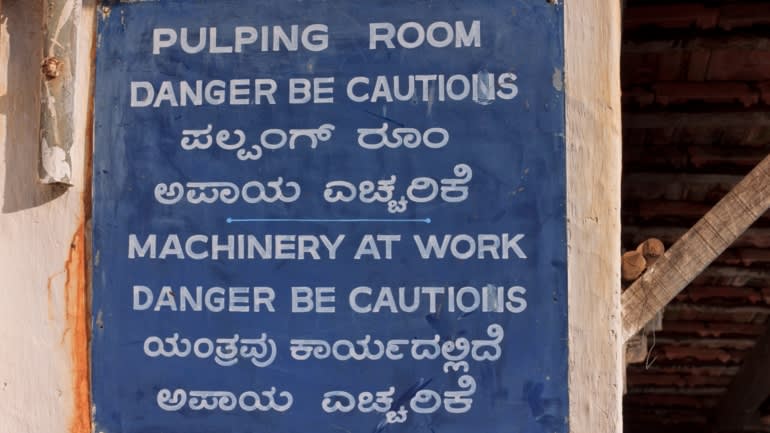 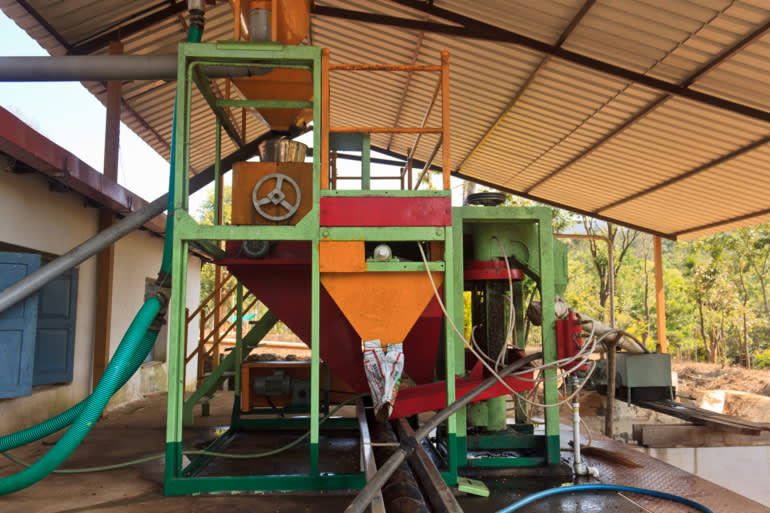 Charan Kumar of the Indian Coffee Board says that while most of the coffee made in the Chikmagalur region is exported, the board is pleased Kambihalli chooses to sell its arabica within the country. However, "As India currently stands fifth in terms of worldwide coffee production, many [producers] still choose to sell directly to the wholesale market for a guaranteed source of income."

Halli Berri is also the name of the luxe homestay which the Kariappa women run on-site. "Whenever relatives came, or guests came, we would put them up there, and they would love it," says Nalima of the colonial-style cottages with rustic details and antique furnishings initially built for her daughter Anusha. "People started asking to book rooms, and I said, 'Why don't we just start doing that?'"

In 2010 they converted part of the property into a getaway for up to 18 guests, which is not just TV- and WiFi-free but emphasizes sustainability: Solar lights are used on the garden pathways at night, while the bathrooms utilize recycled water and are stocked with homemade soaps, shampoos and shower gels. 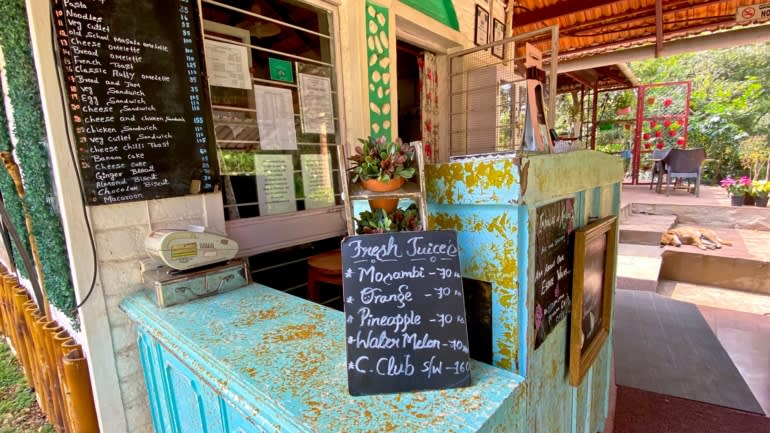 A series of trails through the expansive property offers visitors a chance to be mindful -- the only guaranteed sounds are of the birds playfully chirping, frogs croaking, brooks babbling and the wind rushing through the treetops.

"I never even thought that we would make it this far," Nalima says with a sigh as she reflects on Kambihalli's success. "I'll admit I was a little bit weary. But thanks to the support of our family and through word-of-mouth, we've made it work."

As harvest season comes to a close, Nalima's plans for the year include a focus on bean specialty and taste. "If we put a little more effort into the use of organic fertilizers, we found that we're getting a better taste that our customers thoroughly appreciate. So even if I am a little brand, my coffee can be far superior, which I think is the way forward for us."

The best coffee shops in Bangalore

Bangalore is the nearest large city to Chikmagalur.

One of several homegrown brands to usher in India's third-wave coffee culture -- "third-wave" refers to widespread appreciation of artisanal coffee -- Blue Tokai started as an e-commerce store. Co-founders Matt Chitharanjan and Namrata Asthana roasted the beans they sourced directly from several farms in Chikmagalur, Kodagu and the Nilgiris district. Today, they operate a chain of cafes across India, with four Bangalore-based locations. The cortado, flat white and latte are all brewed from single-origin 100% arabica coffee beans.

Launched in 2016, this artisanal coffee brand garnered a following for its specialty brews like the Orange Zest Mocha or La Vie en Rose Cappuccino with rosewater, honey and freshly ground cardamom. Its airy, minimalist spaces -- there are nine in Bangalore alone -- offer free WiFi and host community events such as cooking classes, brewing 101 sessions and coffee tastings.

Be transported to a bygone era with a visit to Bangalore's first worker-owned coffee chain, the Indian Coffee House. Opened in 1957 first on M.G. Road before moving to its current Church Street location, this no-frills spot is one of 400 outlets that exist throughout the country. You come for the ambiance rather than the coffee, but you can marvel at how time seems to stand still inside while sipping on your freshly brewed cup.