Asia's 'No. 1' chef Gaggan relocating to Fukuoka from Bangkok 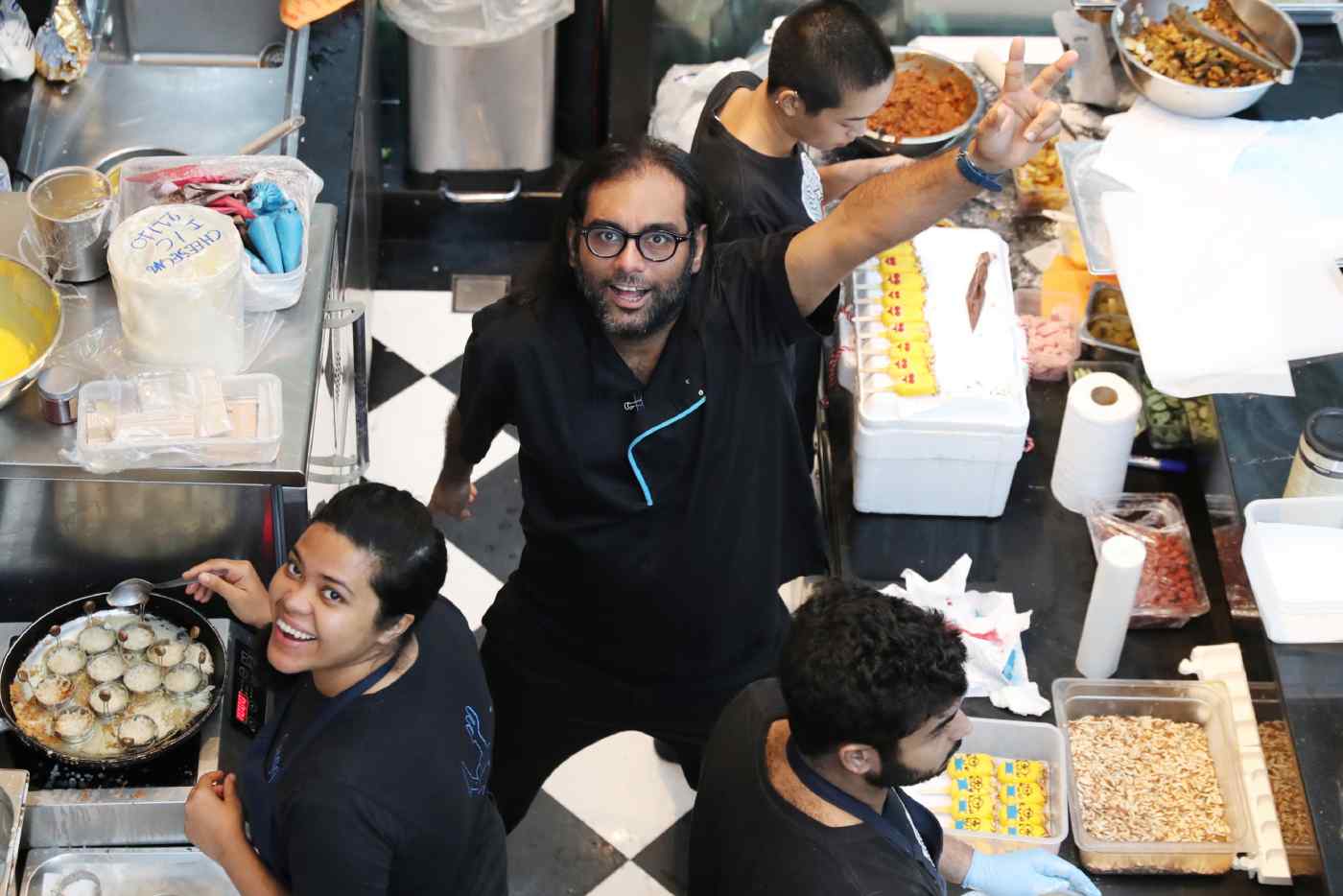 BANGKOK -- When chef Gaggan Anand announced that he would be closing Gaggan, his eponymous Bangkok restaurant, in June 2020, foodies around the world rushed to make reservations. Now the eatery, which was always hard to get a table for, is booked solid for the next six months. 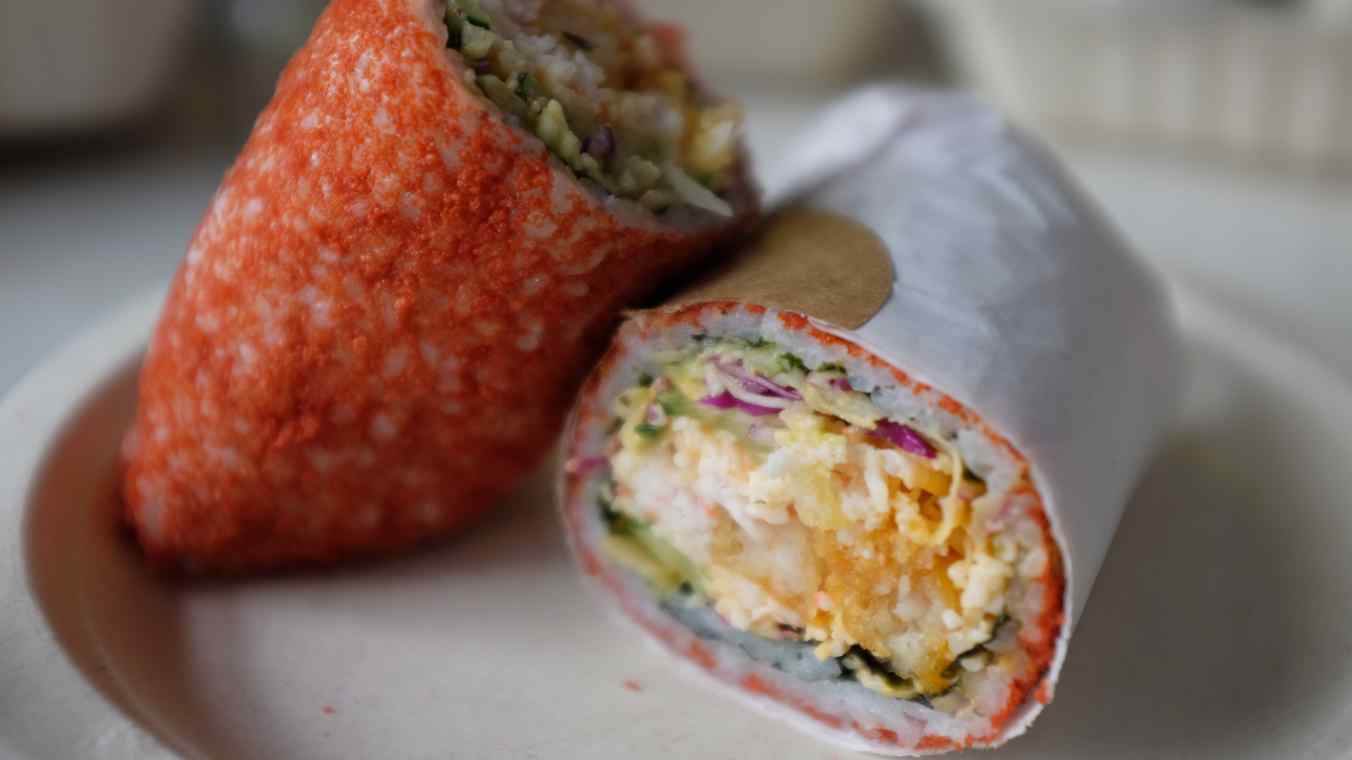 The news follows hot on the heels of Gaggan taking top spot with Asia's 50 Best Restaurants for a record-breaking third straight year, and comes just as Bangkok gets its first Michelin guide in December. Many food critics think Gaggan is a safe bet for a star. 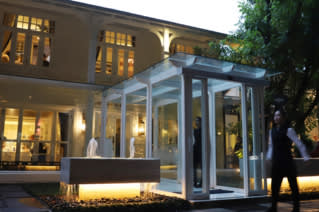 Chef Gaggan's eponymous Bangkok restaurant has been open for seven years, and will close in 2020. (Photo by Shinya Sawai)

But the man behind Gaggan's innovative take on Indian cuisine is moving on to Fukuoka, a midsize city on Japan's southern island of Kyushu. On Aug. 21, 2021, he is scheduled to open a 10-seat restaurant called GohGan with a renowned Japanese chef, Takeshi Goh Fukuyama.

"I just love Japan," Gaggan told the Nikkei Asian Review in a recent interview at his Bangkok eatery. As he spoke, he was meticulously preparing a cup of fine gyokuro green tea, using an authentic shiboridashi teapot he bought in Japan. "The perfection, peace, respect -- everything."

The 39-year-old native of India has a Japanese obsession. He dresses head to toe in Japanese attire, owns 95 pairs of Onitsuka Tiger sneakers, and wants his one-year-old daughter to learn Japanese.

Gin Tonic Uni and Green Vegetable Matcha are just two examples of the Japanese influences on Gaggan's 25-course menu. Separate to his Fukuoka restaurant, he has plans to invest in a Japanese tofu restaurant that will open in Bangkok by March. Mihara Tofu-ten Bangkok will be run by a Japanese tofu master Gaggan recruited on his travels in Japan.

"The restaurant will serve a 5,000 baht ($150) omakase [chef's recommendation] of tofu. Nobody in the world has ever done this yet -- it is a crazy project," said Gaggan. "Not another ramen, nor another sushi or teppan yaki. This is my Japanese restaurant."

Mihara Tofu-ten will join the expanding portfolio of restaurants that Gaggan owns in Bangkok, including the German-style Suhring, the Meatlicious steakhouse, and Gaa for Thai cuisine. A wine bar called Wet, located next to Gaggan and managed by its sommelier, will open in early 2018. Restaurants within the Gaggan group share ingredients and wine.

"I invest in talent and do the restaurant business so I can get money," Gaggan said. "Then, I can do my own art."

GohGan, where he will be co-chef, will not be "financially sustainable," he said. It will operate every other month and charge not more than $300 per person. "Today, my food is being judged more than ever," Gaggan said. Sometimes he feels like a rock star sacrificing a lot for his fame. "I just want to do what I want to do." 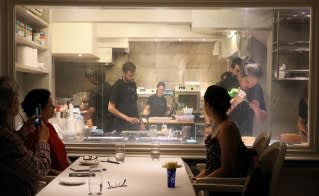 Restaurant Gaggan has been ranked top by 50 Best Restaurants in Asia for three years running. (Photo by Shinya Sawai)

Gaggan has not decided what to serve in Fukuoka. At his suggestion, his partner, Fukuyama, will also close his restaurant, La Maison de la Nature Goh, ahead of GohGan's opening. The French restaurant is ranked 31 by Asia's Best Restaurants.

"Our food might look Japanese and taste Indian or look Indian and taste Japanese -- it will be something totally new," he said. "I want to create a theater. I want to make it a show."

Gaggan envisions something like The Lab, a new dining area that was recently added to his main Bangkok restaurant. There the chef takes center stage, standing in an open kitchen surrounded by a dozen or so seats. Gaggan entertains diners with stories about culinary creations, his personal history, and his passion for rock music. 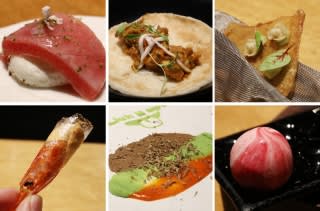 Born in Kolkata to a poor family, Gaggan started cooking at the age of seven to help his sick mother. His first dish was Maggi instant noodles, but he recalled not being pleased at all with the finished product. What he made looked completely different from the colorful picture on the packaging. "That  led me into looking for perfection," Gaggan said. "That is probably why I like the Japanese." 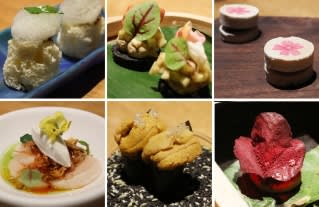 In his teens, Gaggan loved playing the drums and dreamed of becoming a rock musician. However, his family's poverty forced him to give up on the dream. Gaggan went to cooking school, unaware his parents were barely able to pay their utility bills. When he realized their plight, he vowed to give them a better life by becoming the best chef in India.

His career placed him on a larger stage. After working in several Indian kitchens, including a famous hotel restaurant and a curry catering business, he moved to Bangkok. There, he got an offer to cook at Red, a new Indian restaurant.

It was a customer at Red who first told Gaggan about El Bulli, a Spanish restaurant that had pioneered a type of cooking now known as molecular gastronomy that applied scientific principles to preparing food. 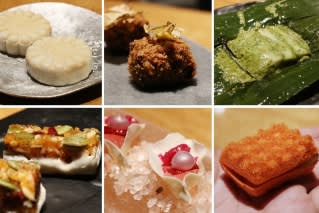 After looking up El Bulli online, Gaggan knew that he wanted to bring the same kind of creativity to Indian cuisine. He contacted the restaurant, flew to Spain, and trained under chef Ferran Adria. Back in Bangkok, he opened Gaggan in 2010 serving "progressive Indian cuisine." He tried out liquid nitrogen and edible plastics with spices and specialties such as goat brain from his home country. Most of the menu is bite-size finger food and people eat with their hands in a South Asian way.

Today, some science remains but Gaggan is more focused on the food itself and minimalism with fine ingredients shipped from Japan and Europe. Eggplant cookie, for example, has been a signature dish for some time. The preparation starts with peeling fresh eggplants, then burning, freezing, powdering, and shaping, them over five days in a process that involves around 10 chefs. Once served, the cookie vanishes in five seconds.

"Less is more and more is less -- Japan taught me this," Gaggan said.

As the restaurant moves to an end, Gaggan is letting himself have a little more fun with food after seven hard years establishing himself. One of his latest dishes, "Lick it up," was inspired by the song of the same title from rock band Kiss, and literally has people licking  their plates. "In 2020, the last year of Gaggan, I will not take any awards," he said. "I am finally starting to have fun with my team."

Gaggan believes that the expiry date on any restaurant is 10 years. "I want to die at my peak, not at the point when somebody tells me to get out," he says.

After 2020, the Gaggan restaurant will be handed over to Rydo Anton, a chef who has worked with him for years. His new project GohGan will also follow the 10-year rule. So, what are his plans after that?

"Life is unpredictable," he said. He might even end up a monk and heal people with food, but one thing will not change. "I wish that to the last day of my life, I am cooking," he said.