Localized varieties of 'onigiri' are getting popular in Singapore and Malaysia 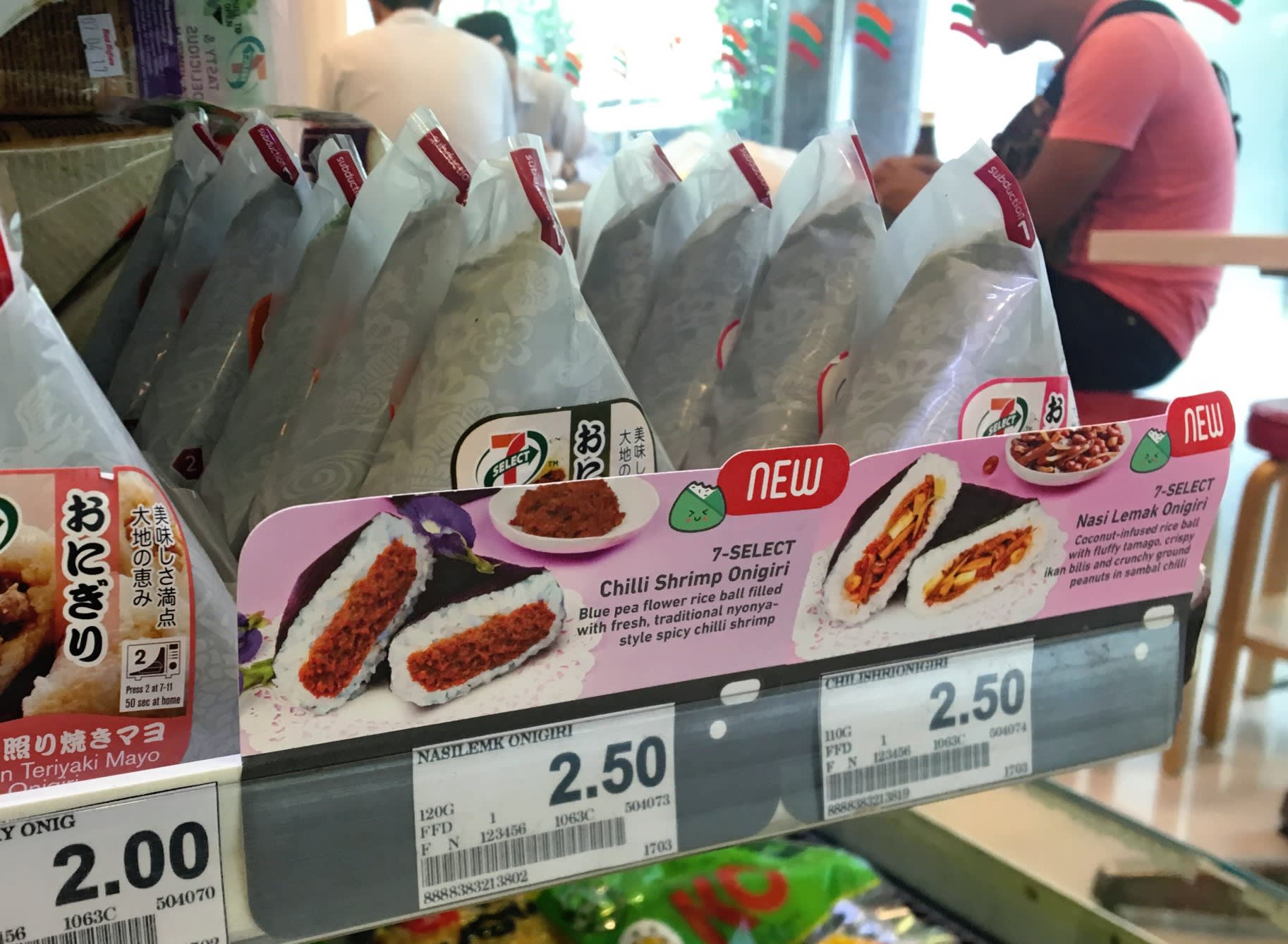 SINGAPORE -- Japan's onigiri rice balls are making inroads in Singapore and Malaysia as the quick-bite staple snack is gradually being accepted as a casual alternative to the traditional Japanese dishes that people experienced at only restaurants until now.

7-Eleven, the leading convenience store chain in Singapore, began selling onigiri products at some of its outlets in November 2015. Its tuna and grilled salmon rice balls became popular, and the chain expanded the lineup and number of outlets carrying onigiri products.

Nasi lemak is a Malay dish consisting of rice cooked with coconut milk and served with boiled egg and sambal chili. Sambal is a condiment made from a mixture of various chili peppers and secondary ingredients such as fish paste, garlic, shallots, lime juice and vinegar.

Six kinds of onigiri are currently available at over 300 7-Eleven stores in Singapore. Despite being priced relatively higher than those sold in Japan -- 2 Singapore dollars to S$2.50 ($1.42 to $1.78) -- people appreciate the convenience of the ready-to-eat snacks when they are busy.

In downtown Singapore, onigiri specialty stores are popping up.

Samurice, which operates five shops in the country, sells onigiri made using Japanese rice. Alongside its more than 12 onigiri varieties, it also sells prepared side dishes like a Japanese-style omelet. Onigiri prices start at S$3, and a set menu that includes two rice balls and two side dishes is S$10.

More than half the customers visiting Samurice shops are locals, operator Samurai Food said. The company plans to increase the number of shops in Singapore to 20, with an eye on franchising the business in the future. 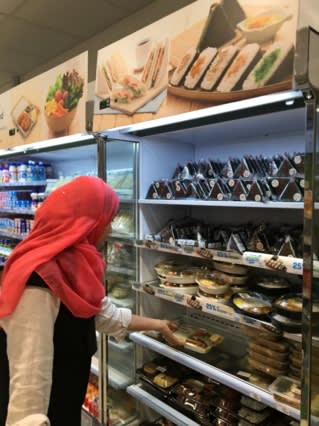 A whole range of onigiri is available at a FamilyMart outlet in an office district in Kuala Lumpur.

One reason for the rising popularity of onigiri is that the convenience stores in Singapore and Malaysia are catering to the needs of the increasing number of single households as more young people move to large cities for work. In particular, convenience stores have been mushrooming around train stations in Malaysia as urban railways in Kuala Lumpur are extended.

Also, Malaysia and Singapore are made up of multiple ethnic groups, such as Chinese, Malay and Indians. Rice is a staple in all of these cultures, making it easier for onigiri to make inroads in their markets.

Outside of Japan, the country's cuisine has mostly been associated with high-end dishes, such as sushi and teppanyaki, that are eaten at restaurants. But in recent years, interest in casual Japanese food culture has been growing in Singapore and Malaysia. Books on how to make bento box lunches have attracted attention. In addition, more casual eateries like ramen restaurants are opening their doors.