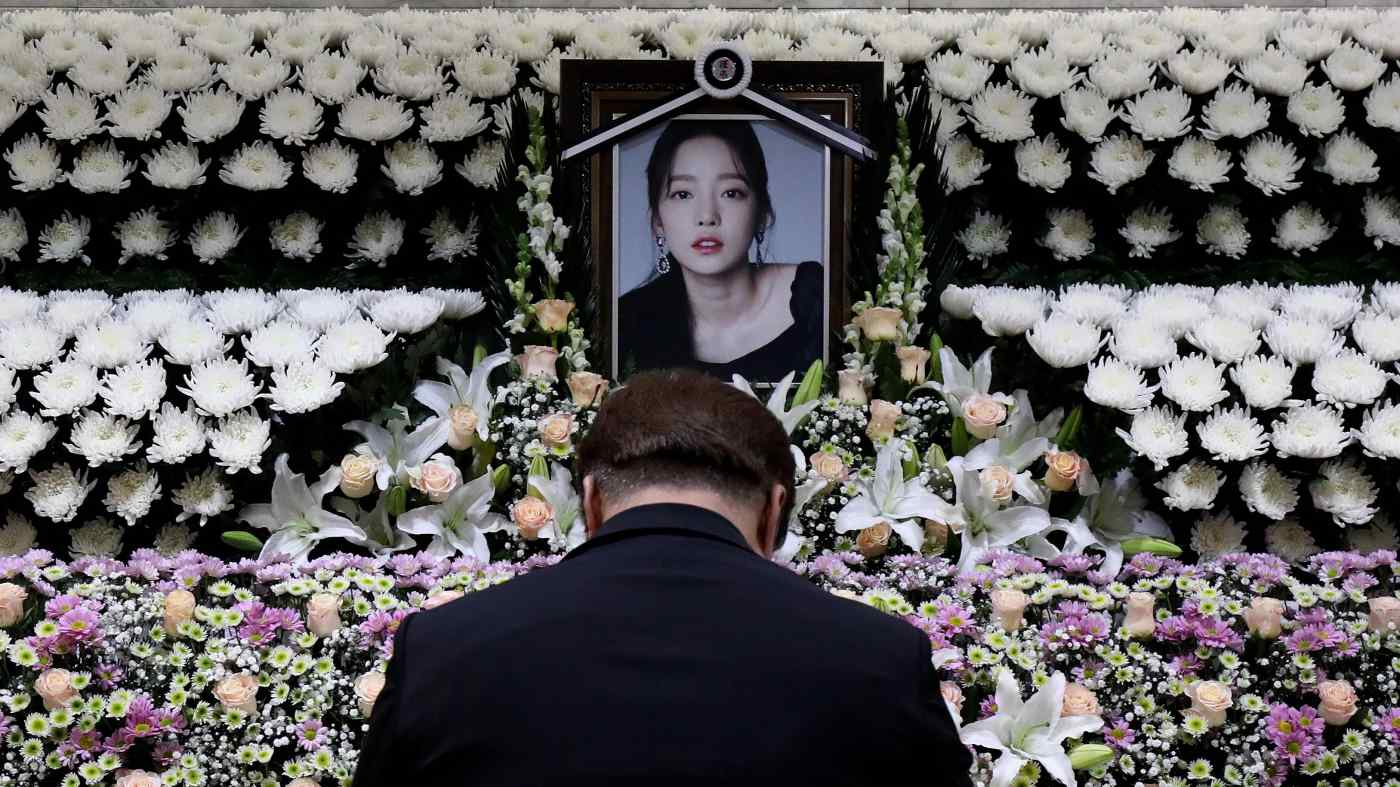 SEOUL -- South Korea, the Land of the Morning Calm, is often anything but. Suicide is the number one cause of death for people aged nine to 24, and a 2017 report found that 45% of people aged between 13 and 24 suffered from stress, with more than a quarter of middle- and high-school students reporting problems with depression.

Unsurprisingly, perhaps, mental health challenges are at their toughest in the country's successful but fiercely competitive entertainment industry, which was rocked in October and November by the apparent suicides of Sulli, a singer, actress and former member of the popular girl group f(x), and her friend Goo Hara, formerly of the chart-topping girl group KARA.