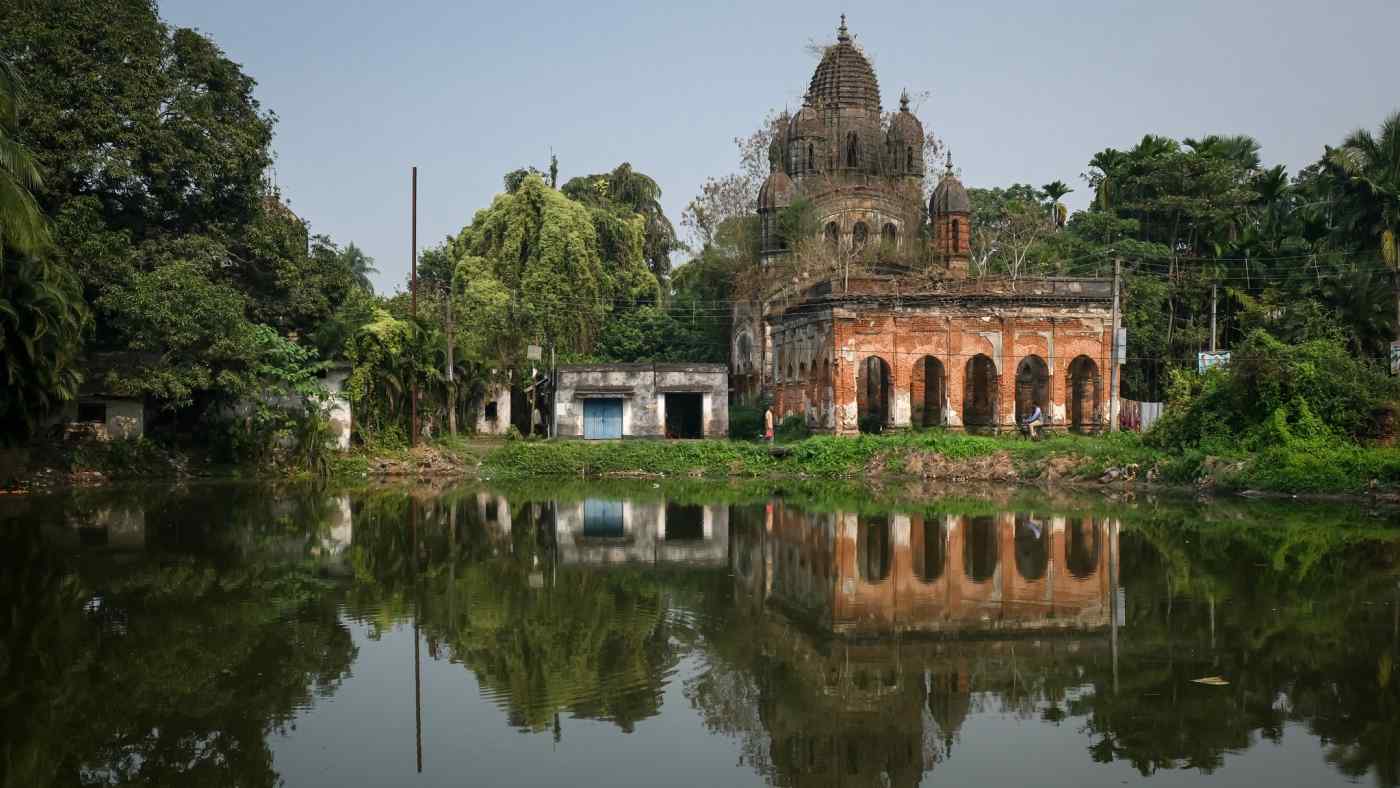 KOLKATA, India -- It is dawn in the New Market in central Kolkata, and hundreds of men are hauling live chickens onto bicycles and motorcycles, setting up vegetable stalls or shuttling animal carcasses into labyrinthine market halls.

As the sun rises, the rush of activity spreads through the lanes around tourist-centric Sudder Street, seeps into highbrow Park Street, and spreads in an endless wave of energy across this bustling metropolis of 4.5 million people.

For many visitors this is precisely the point -- diving into all the color and noise that Kolkata, the capital of the Indian state of West Bengal, has to offer. But for a growing number of people -- locals and travelers alike -- it is something to escape, at least for a while. You can have too much pulsating heart.

She admits, though, that everyday life in Kolkata can be a stressful affair, for travelers and residents alike, adding: "The traffic can be a problem -- there are always delays, and it gets noisy around here." Every day, Kolkata's Central Market is a hive of frantic activity. Here, a street seller deals with live chickens as soon as they are hauled off incoming trucks (Photo by Kit Yeng Chan)

With this in mind, forward-thinking hoteliers have begun to look beyond the city limits, opening high-end properties in quiet and verdant surroundings -- a godsend for Kolkatans who want to charge their batteries with a weekend getaway from the city.

"We are just outside the main city limits, which makes it convenient in terms of driving, and yet gives guests the feeling of traveling out," said Debashree Majumdar, hotel manager of the Rajbari Bawali, an exquisite heritage property set in Bawali village, only 25 km southeast of the city center, and yet a world away. The enclosed courtyard of Rajbari Bawali, a heritage boutique hotel renovated and rebuilt from a 280-year-old Zamindari residence (Photo by Kit Yeng Chan)

Nine painstaking years of restoration and building work saw the Rajbari transformed from a dilapidated 18th century Zamindari (Mughal aristocrat) residence into a beautifully designed 30-room boutique resort. Set around an atmospheric enclosed courtyard with neo-classical columns, the Rajbari is surrounded by gardens, including an ancient water pond built of red bricks.

"Kolkatans still have a strong connection to the luxury of the Zamindari lifestyle," said Majumdar. The Rajbari basks in the property's aristocratic past, with luxuriously furnished rooms and common areas featuring comfortable sofas and a variety of unusual antiques from across Asia. "We also recreate the opulent Zamindari experience with nightly traditional cultural shows, culinary delights, and our spa, Mantra."

Country Roads in Raghudevpur, 38 km west of Kolkata, is another boutique resort spread over 22 hectares of land. At its center, the main building and a row of luxury villas cluster around a large swimming pool. Besides enjoying the large, modern rooms and facilities, guests can strike off on bicycles, use the jogging track or go on nature walks to spot the birds that left the congested city long ago.

Further north in Shantiniketan, four hours' drive from the city, is another boutique property, Rare Earth. This farm and homestay in a former home of Bengali literary icon Rabindranath Tagore has a field-to-table concept similar to Italian agriturismo (farm stays). The property's rustic bricks and roof tiles shelter a series of homely rooms in which guests can enjoy tasty home-cooked meals, produced using local organic vegetables, relax in the natural surroundings and chat with other travelers and the affable owners on an airy veranda.

The price of this sort of upmarket getaway is high by Kolkata standards. A night in such a property can range from 3,500 to 10,000 rupees ($49- $140). But there is a new generation of local travelers who increasingly enjoy these quick weekend escapes and are prepared to pay for them.

"The young generation, between 18 and 34 years old, constitute a huge section of the domestic market," said S.H. Rahman, managing director of Sovereign Hotels, who has been involved in hospitality for the best part of three decades, working for several hotel groups, including the pioneering Park Hotels and Resorts chain, an Indian boutique hotel brand created in Kolkata in 1967.

"These days, young Kolkatans work hard and party hard; they have different needs and their outlook on life is very different from the older generation. They like spending on entertainment, events and nightclubs and they also look at how efficiently a hotel can support these expectations," Rahman told the Nikkei Asian Review. George Nathaniel, head of sales at Easeroom, one of India's leading technology providers for the hotel industry (Photo by Kit Yeng Chan)

George Nathaniel, head of sales at Easeroom, a digital platform providing technology services to hotels across India, said that 75% of India's hotel bookings are now made online -- which could help to explain why young people make up a sizable part of the customer base.

"Each property nowadays should offer a story, an experience -- not just a stay in a room. It's about the location, the local culture, the food and activities a hotel can offer. And when hotels have an online presence, customers must be able to access a complete overview of all that a particular destination can offer," Nathaniel said.

The digitalization of the hotel market and the rising desire for nature-escapes and a simpler life is backed by the government of West Bengal, which is keen to avoid exploitation of hospitality industry customers. "We are introducing a government-promoted online platform to help local and international tourists avoid being cheated by unscrupulous individuals," said Tanmay Chakrabarty, managing director of West Bengal Tourism.

Chakrabarty said hotel owners will have to register their properties, which will be assessed under a three-tier framework of standards. A new website will allow guests to rate and review properties they have stayed in.

The tourism authority also wants to develop a homestay program making use of more than 10,000 available rooms in the mountainous northern region of the state, around Darjeeling. Its secondary focus is to develop tourism in the Dooars, the alluvial floodplains of northeast India set at the foothills of the Himalayas near Siliguri. "Despite their current popularity, the idea behind resorts like Country Roads has existed for over a decade; they are successful because suburban/peripheral tourism works in any large metropolitan area," said Atri Battacharya, home secretary of the government of West Bengal, who also oversees the operations of the tourism department.

"Tourism will be the main draw for boosting West Bengal's economy," Battacharya said. "This state has everything, from the ocean near the Sundarbans in the south, to the Himalayan peaks around Darjeeling in the north. Yet it's very densely populated and as such has no real possibility for industrialization. Tourism is a low-hanging fruit and I believe it's just a matter of maximizing our existing possibilities." 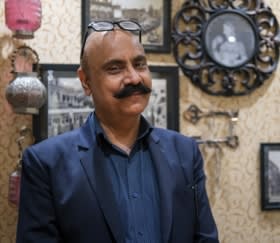 Rahman, who in 2016 opened Motisarai, a homely boutique hotel inspired by the city's golden vintage age near Park Circus in the south of Kolkata, is developing a resort in the Dooars intended to explore the area's potential for tea tourism, but remains enthusiastic about the prospects for properties on the edge of Kolkata.

"Out-of-town properties are doing very well, partly because the costs are much reduced when compared to opening a hotel in the city," Rahman said. "But I also believe that the expansion of this sector is not keeping up with the real demand for such city escapes, especially when there's still little competition in the market."