SEOUL -- When Cho Hee-sook started as a hotel cook in South Korea in the early 1980s, fine dining was the last thing on her mind. "I remember having to prepare large quantities of food," she says. "We'd eat a lot, to fill our stomachs. People were not too concerned about presentation."

Nor was being a cook or chef the respected or even glamorous job it is today. Occupying such a position was "shameful" -- something that even men would have to hide if they wanted to get married. At the time, working in a kitchen was akin to a blue-collar job.

But that was 40 years ago, and today, sitting in the kitchen of her Michelin-starred restaurant Hansikgonggan and recently crowned Asia's Best Female Chef 2020, it is an entirely different picture. Cho, 61, has gone from a teacher in a small village to one of the country's most highly esteemed chefs, regarded by many as the "godmother of Korean cuisine."

Growing up in Seoul, Cho was told from an early age she had good culinary skills and, above all, showed others she had no fear of work. She graduated from Soodo Women's Teachers' College -- present-day Sejong University -- and in 1981 was appointed as a home economics teacher in an isolated province far from the bustle of Seoul.

Two years later, her university senior asked if she wanted to come back to Seoul to work together in the kitchen of the prestigious Sejong Hotel over the winter break. She never went back to teaching. 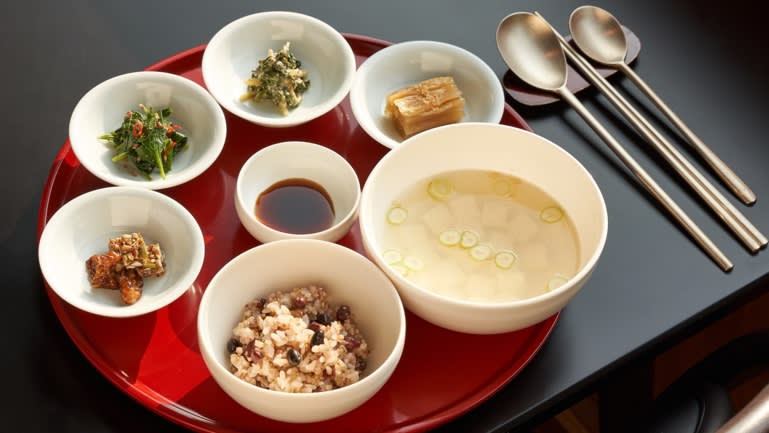 "Back then, I didn't even have the perception of being a cook as a job," let alone running her own restaurant, Cho says. "It's not like these days when people say, 'I'm going to become a chef.'"

South Korea was going through stunning economic development in the 1980s, with GDP per capita growing nearly four times, and as the economy grew, so did its fine-dining scene. Cho was at the Sejong Hotel for 10 years, but also worked at other top hotels, including the Novotel Ambassador Seoul Gangnam, Grand Intercontinental and Shilla Hotel, and later was head chef at the South Korean Embassy in the U.S.

It is these experiences with guests from around the world who might not be familiar with Korean flavors and dishes that allowed Cho to understand foreign sensitivities while coming up with her own recipes: "I think a lot about Korean food that foreigners can like. Koreans can eat it, but foreigners should like it too." Cho is not afraid to put new twists on traditional dishes, saying, "We should always continue to be curious." (Courtesy of Hansikgongan)

Korean food has experienced a boom in the last decade, along with the rise of all things Korean including K-pop and K-dramas. Popular dishes are often characterized by their sweet, salty and spicy flavors, with favorites on Korean restaurant menus around the world including bulgogi (barbecued beef or pork), bibimbap (rice with assorted toppings) and kimchi (fermented and spiced vegetables).

Cho's culinary journey epitomizes the evolution of Korean cuisine over the past few decades: finding traditional dishes that would satisfy all taste buds while keeping in mind the trends of the time.

"Koreans are very conservative when it comes to food," Cho says. Yet she embraces change: "My recipes are my own interpretations. No one can say that it's not Korean food. I often say it is food that adds tradition to tradition. I make small but new changes without significantly changing traditional ingredients and cooking techniques. Nothing can stop change, and if change is progress, then so be it." Take eochae, for instance: a traditional Korean dish consumed by royals of the past that is made of thinly sliced fish coated in starch and parboiled. "It's a very old dish, but I changed it to abalone instead of fish," Cho says. "We should always continue to be curious."

Nor does she condemn Korean "fusion" restaurants abroad adding local tastes to their dishes. For Cho, it is all part of the process. "At first, people were like, 'Where is Korea? What is Korean food?' You're trying to make sure they have access to Korean food. If they are curious, they'll end up looking to find out more about Korean food. If people don't go out looking for it, it will naturally disappear."

High-end dining outside of hotels is relatively new in South Korea. High-end Korean dining -- focusing purely on traditional ingredients -- is even newer, since even a hearty dish will cost you a few dollars in most South Korean restaurants. 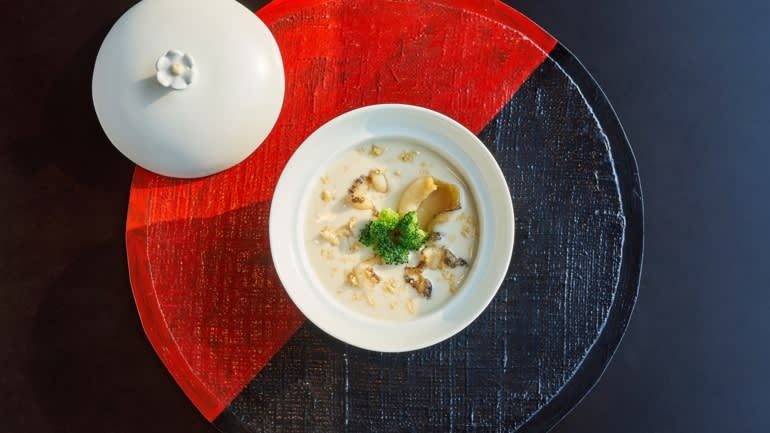 Cho recognizes the challenge in convincing even locals that high-quality Korean food comes at a price. But she sees this as part of its evolution: "Just like when people didn't eat sushi with chopsticks, the cuisine ultimately developed into a high-end cultural experience. I think Korean food is in the process of developing through similar stages."

She never intended to run her own restaurant. Hansikgonggan, which translates as "Korean cuisine space," was established in 2017 with Cho as a menu consultant. Today, diners can savor traditional dishes including bugak, fried vegetables and leaves coated in a rice powder batter; haemul jat-juk, a creamy veloute-like pine nut porridge with seafood; and hanwoo gui, grilled Korean beef striploin marinated in soy sauce.

"I realized how important this space was. I felt the need to share Korean food," Cho says. Fearing the restaurant might have shut down had she not taken things into her own hands, she became its owner in October 2019. "This place needed to survive." 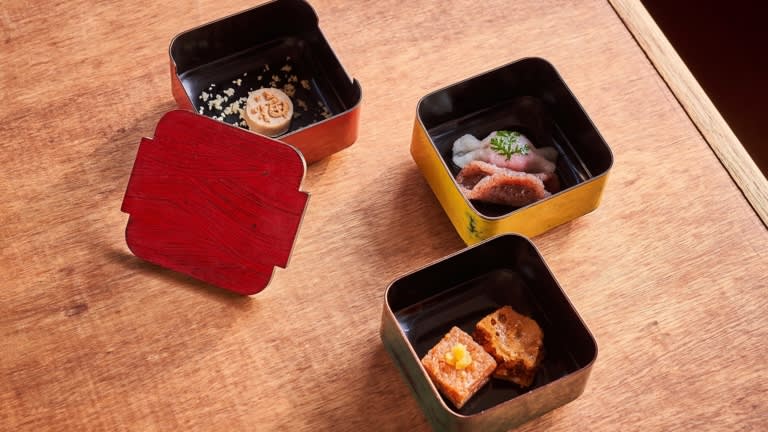 Top: Bugak -- fried vegetables and leaves coated with batter made from rice powder. Bottom: Hangwa -- a selection of colorful Korean traditional sweet delicacies made with grain flour. (Courtesy of Hansikgonggan)

Having spent most of her professional career solely on the food, running her own restaurant was no easy feat. "Being good at cooking doesn't mean being good at running a restaurant," Cho says. "I'm still learning about taxes," she jokes.

Hansikgonggan is located on the fourth floor of a glass-encased building offering breathtaking views of Changdeokgung, one of Seoul's ancient royal palaces. It also forms part of the Arario Museum in Space complex, an early work of modern Korean architecture also registered as a national cultural heritage site.

"When people dine here, I want them to feel like a king," Cho notes, saying the location was a decisive factor in creating the restaurant's unique atmosphere. On passing on her know-how of Korean cuisine to budding young chefs, Cho says it is not just about them becoming accomplished professionals, but realizing their sense of duty. "I want them to understand that what they do can contribute to the health and mental well-being of guests," she says. "Working as a chef can also immensely impact the environment. I hope for them to pay particular attention to this."

Ultimately, Hansikgonggan is a place of discovery for everyone. "Many people, including Koreans, believe that Korean food is simply spicy and salty, but when they come here, they are surprised to find that there are many other flavors."

Her goal for diners? "I hope they are comforted through the food and surroundings. I want them to eat healthy, and to feel healed."