Children play in a village built from shipping containers that house migrant workers on the outskirts of Bangkok. About 700 people live in the settlement's 120 metal boxes. (Photo by Akira Kodaka)
Life

BANGKOK -- The clusters of yellow shipping containers sitting on a bleak parcel of land on the dusty outskirts of Bangkok are a symbol of Thailand's growing dependence on migrant workers.

Children play among the containers, shouting in Cambodian and Thai. The makeshift village in the city's Bangphlat district is home to around 700 migrant workers from Cambodia, Laos and Myanmar. In the evening, trucks bring sweaty workers, men and women, back from their jobs on construction sites. 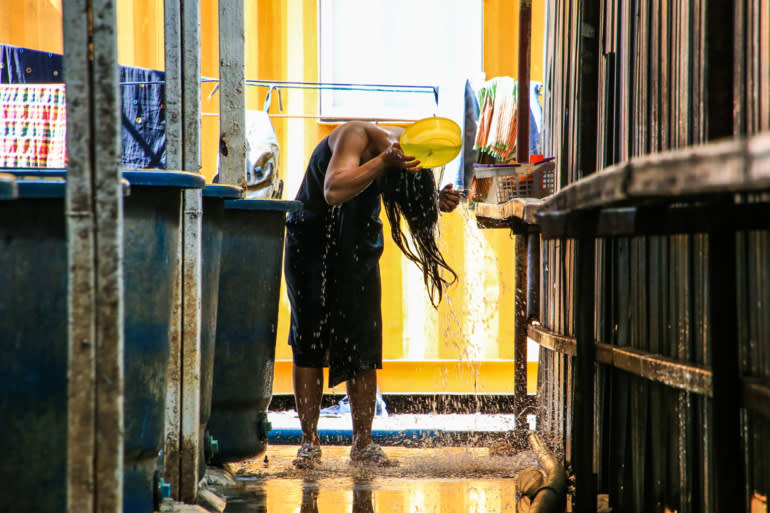 A migrant worker bathes in a communal washing area. Many say they are grateful for the facilities, although they offer no privacy. (Photo by Akira Kodaka)

Each container has only about 4.5 sq. meters of space. But the rudimentary housing is free; there is even a school for the children. Shipping container houses have only one small window. The 4-sq.-meter spaces are cluttered with such conveniences -- refrigerator, rice cooker -- as can be made to fit. (Photo by Akira Kodaka)

One 24-year-old Cambodian, Noi Yingmeemaoi, appeared to be happy to be working in Thailand. Cradling her 18-month-old son, Arthit, she said, "I can earn higher wages in Thailand, and I enjoy the convenience of living near a large city." 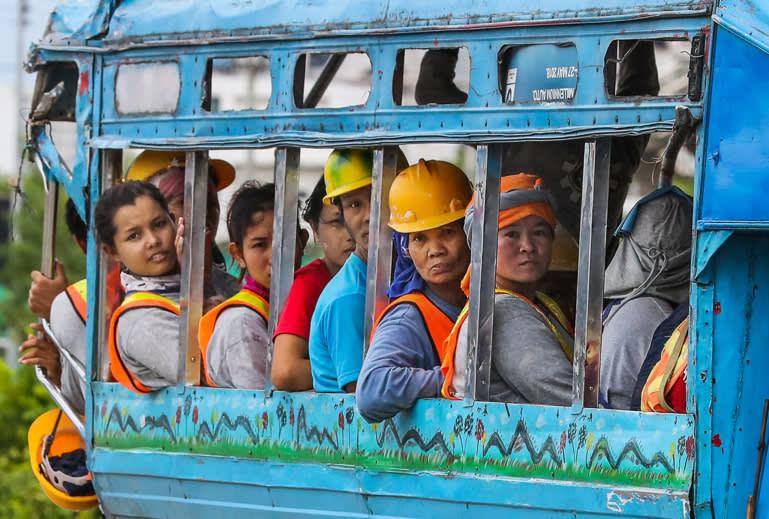 A truck brings workers home to the shipping container village from a construction site. Most residents are migrants from Cambodia, Myanmar and Laos. (Photo by Akira Kodaka)

Noi Yingmeemaoi has been working in Thailand since she was 12 years old. She left Cambodia when her farming family became mired in debt. She married a Thai man working at the same construction site, partly because she wanted her children "to have Thai nationality and enjoy a prosperous life in Thailand." 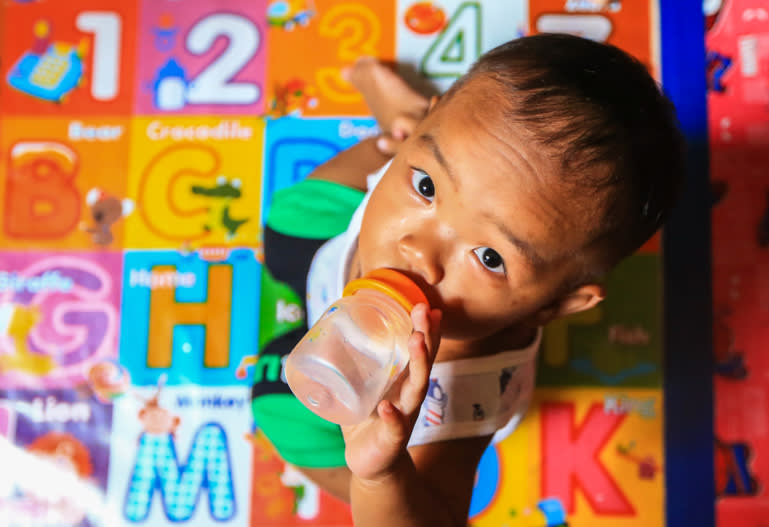 This 18-month old boy, with a Thai father and a Cambodian mother, has Thai nationality. (Photo by Akira Kodaka)

Thailand's vibrant economy and rising living standards attract legions of workers from its poorer neighbors. The migrants are a valuable source of labor for Thailand, which began industrializing rapidly in the 1980s, helped by foreign investment and a resource boom. The country's economic development pulled Thai workers out of farming, fishing and construction and into manufacturing. As the Southeast Asian country's economy took off, labor markets became tight and migrant workers filled the gap. Now, more than 3.3 million foreign nationals work in Thailand and make up 10% its workforce. As the country ages, it is growing increasingly dependent on foreign labor. 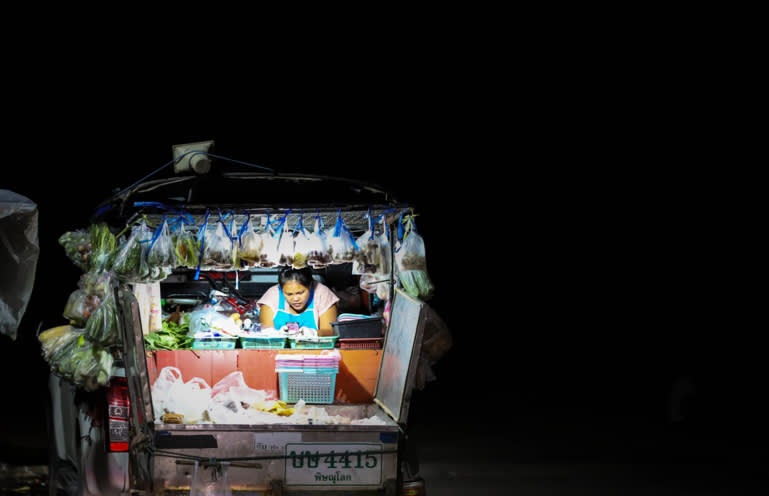 A stall selling food to village residents is open late into the night. (Photo by Akira Kodaka)

But now that Thailand's neighbors are also developing rapidly, there are more good jobs at home. That makes fishery and construction work in Thailand less attractive. Many residents of the container village say they do not want their children to do the same kind of jobs they do. This couple, migrant workers from Myanmar who live in the village, are expecting a child. (Photo by Akira Kodaka)

The growing competition for labor has spurred Thailand to take steps to retain foreign workers. Since 2017, the government has enacted a series of laws to accept immigrants and crack down on human trafficking and forced labor.

The move was aimed mainly at defusing international criticism about rampant human rights violations in the country's lightly regulated labor market. But it was also designed to improve migrants' working conditions to ensure that they stay in the country. 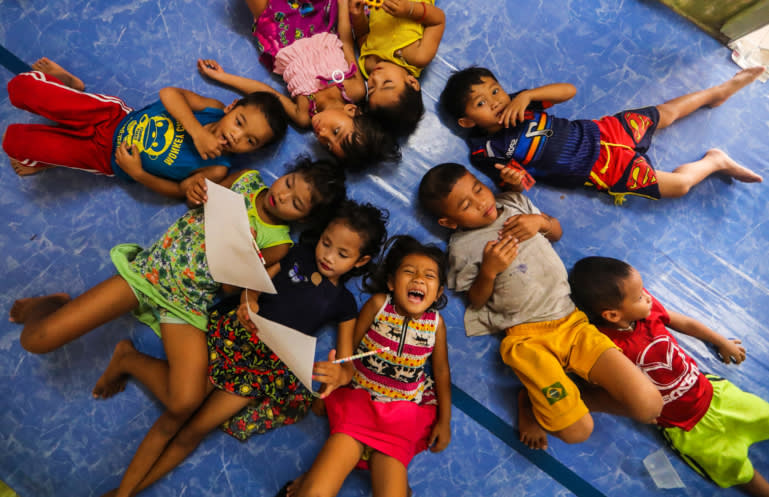 Children relax at a school in the shipping container village. (Photo by Akira Kodaka)

The new legislation requires employers to take steps to provide legal status to migrants working without a visa or proper identification.

Noi Yingmeemaoi is a beneficiary of the new rules. "I no longer have to worry about being detained and deported," she said.