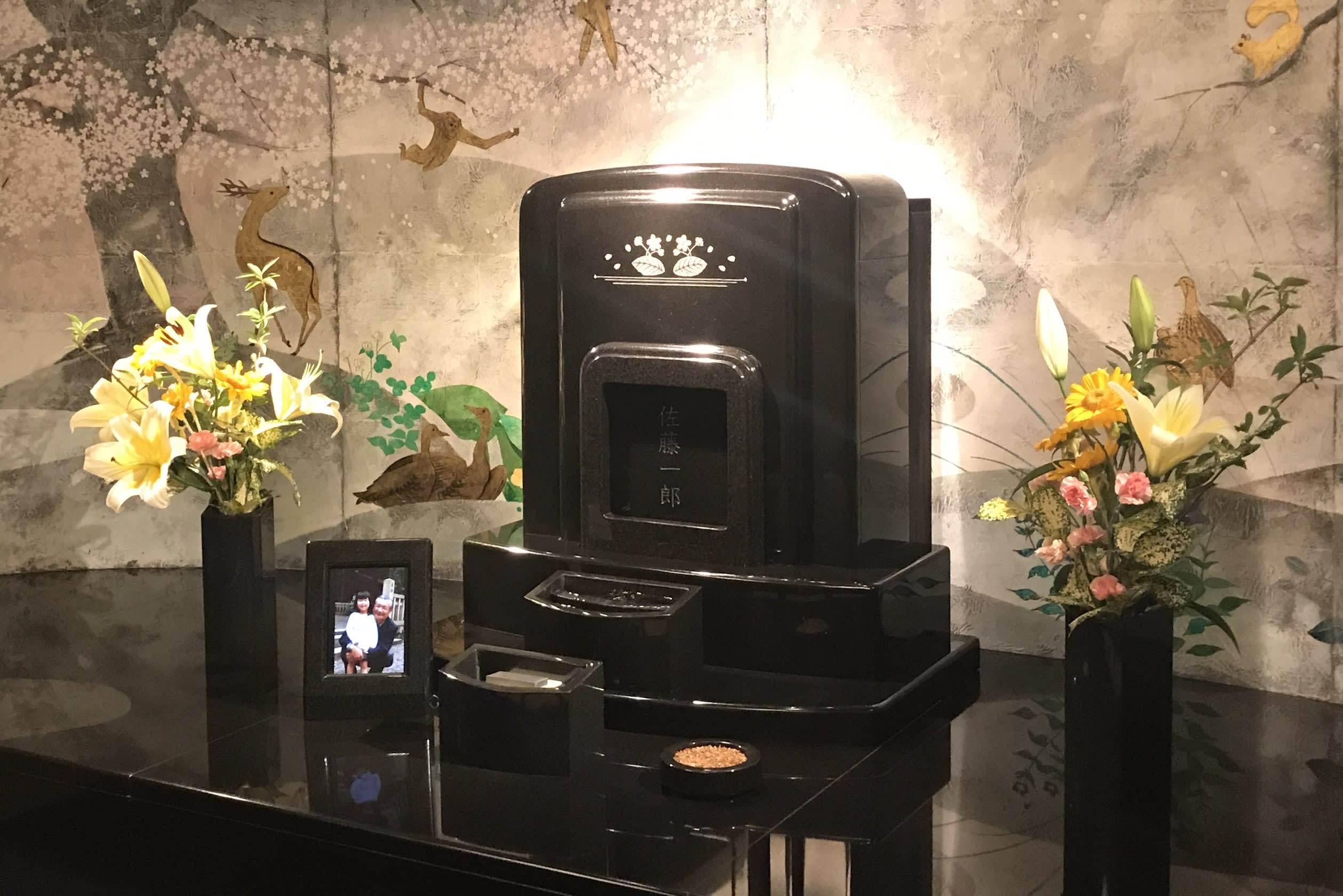 The Tokyo Gobyo is one such facility. The five-story building near Machiya station in the north of the capital is run by Komyoji, a Buddhist temple headquartered in western Japan's Gifu Prefecture.

Visitors to the facility, which stores the remains of around 7,000 people, can pay their respects to their loved ones by passing identification cards over a touch panel in one of the building's eight mourning booths. This activates an automated retrieval system that finds the correct urn and mounts it in the altar. There, it is flanked by a tablet display showing pictures of the deceased, a gently rippling water fountain and fresh flowers. 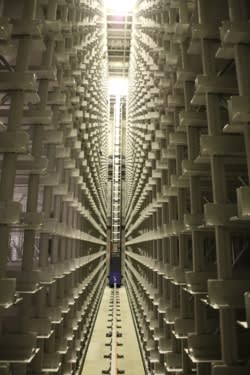 An automated system retrieves the correct urn from stacks of shelves and mounts it in an altar in a private booth.   © Tokyo Gobyo

Tatsunori Ohora, the priest who oversees operations at the facility, which opened in 2009, said its popularity has led the temple to construct two other similar building-type cemeteries in the Tokyo area.

"Most purchasers live within 30 minutes' commute, and visit after going shopping or on the way back from leisure activities," he said.

"If people don't mind traveling some distance, there are cheaper burial plots in the suburbs or rural areas. But it seems city-dwellers prefer the convenience," he added.

In contrast, the average price of a burial plot and tombstone in Tokyo is around 2.6 million yen, according to Kamakura Shinsho, a publisher and internet company focusing on funeral services.

Ohara said 60-70% of purchasers have recently lost family members, while 20% are people who have decided to move their family graves from the countryside to somewhere more accessible. The rest are bought by people planning ahead for when their own time comes, he said. 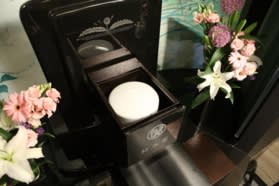 A burial urn is mounted in an altar.   © Tokyo Gobyo

Despite an overall decline in Japan's population, large cities, especially Tokyo, have seen an influx of residents. As of October, the number of people living in the capital stood at 13.62 million -- 10.7% of Japan's entire population. Tokyoites are graying, too; 22.9% of are over 65. Ohora said he believes demand for building-style cemeteries will continue to increase over the next two decades as does the number of deaths.

Many temples are struggling to adapt to changing demographics.

Traditionally, when the Japanese are bereaved, the cremated remains are stored in urns placed inside the family graves, which are passed down through the generations. It is the relatives' responsibility to pay the local temple for its maintenance.

But dwindling populations in many rural communities mean many temples are now struggling to stay afloat.

Komyoji itself was forced to move from a previous location further west in Shiga Prefecture, when the number of "danka," the households that support a Buddhist temple financially in return for spiritual services, fell to around 10. 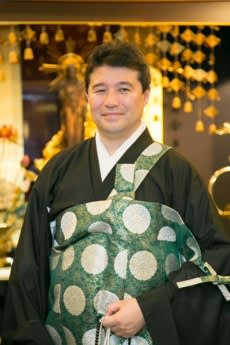 "It's impossible for a temple to survive with only 10 danka," he said.

Komyoji then built a new temple in Gifu, where it found around 300 danka. But as depopulation crept into the area, it became clear an alternative source of income was needed. That led the temple to branch out to cities like Tokyo and Kyoto.

Since opening its first building-type cemetery in Machiya eight years ago, Komyoji has been constructing new ones roughly every three years. Another new facility in Tokyo is set to begin operating in September, using technology and know-how accumulated over the years.

"Times change and we can't go back to the past, so I think it's necessary for us to provide modern ways of paying our respects to the deceased," he said.