ULAANBAATAR -- It is hard to escape Genghis Khan on a visit to Mongolia. There are beers and vodkas that bear his name, and many tours paying homage to the leader who unified the warring tribes of the plains and founded the largest contiguous empire the world has seen.

Since 2005, the 800th anniversary of the founding of the Mongol Empire, Ulaanbaatar’s international airport has borne his name -- but it has become too small to handle the number of tourists targeted by the government, which is seeking to diversify the economy away from reliance on mineral exports.

When the New Ulaanbaatar International Airport opens in May 2020 it will be able to handle as many as 3 million passengers a year, more than three times the capacity of the current airport, with the potential to expand to cope with 12 million.

International tourism is growing fast here -- from 529,000 visitor arrivals in 2018 to 549,756 in the first 11 months of 2019. The government has given tax breaks to companies building hotels, and tourism businesses no longer need licenses. There are now more than 300 hotels, 400 travel companies and 600 resort and tourist camps in the country.

Ulaanbaatar, home to over half the country’s 3 million people, is having some difficulty adapting to the influx, and traffic gridlock can come as a shock to newly arrived first-time visitors. The current airport is just 14 km southwest of the city, but it can take two hours to drive as far as Genghis Khan’s imposing statue in Sukhbaatar Square, in the middle of the capital. 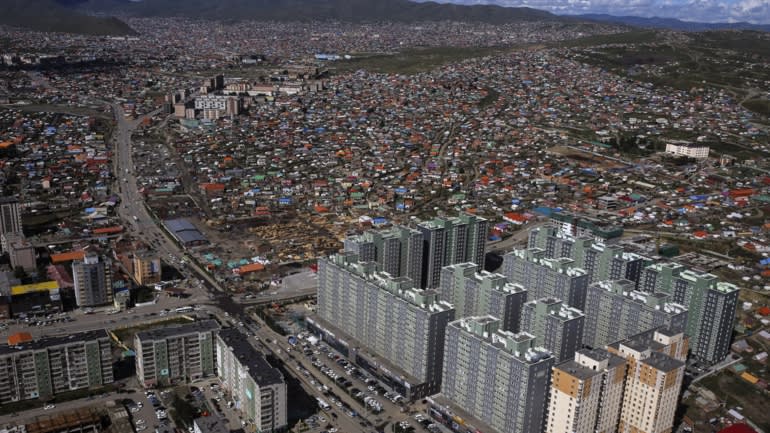 Once visitors leave the city, though, the great wilderness of Mongolia is still there in all its glory. The first step for many is the relatively short journey to a massive statue of the leader on horseback, standing just east of Ulaanbaatar, often referred to as “UB.”

An elevator takes visitors the top of the 40-meter structure, where visitors can stand on the head of the emperor’s horse and look out over the plains. Inside there is a gift shop, museum and opportunities to write your name in the traditional Mongolian script (modern Mongolian uses the Cyrillic alphabet). Hawks -- a familiar sight in the country -- wait outside to provide photographic opportunities.

Soon, visitors will also be able to hire luxury gers, sometimes referred to by tourists as yurts, a Turkic term -- the round white tents that symbolize the country at least as much as Genghis Khan. Increasingly, nomadic families are finding that renting these cozy temporary dwellings to tourists provides a lucrative addition to their income from herding, especially near popular tourist destinations such as the Gobi Desert in the south, the Gorkhi-Terelj National Park northeast of the capital and Khuvsgul Lake in the northwest. 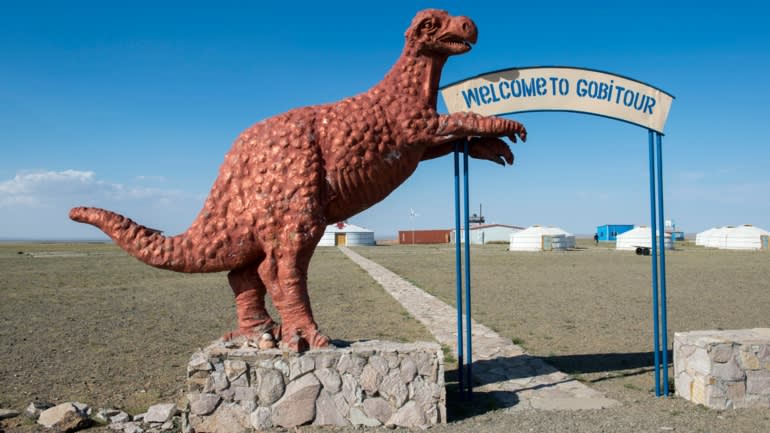 “Tourists want an authentic experience in Mongolia and staying with nomad families means that they can see Mongolian traditional life, which has not changed all that much for a long time,” said Uugantsetseg Ganbaatar of Man of Millennium, an Ulaanbaatar-based tour company whose name is another homage to Genghis Khan. “They can go horse riding and spend time with the families if they want to, and eat what [the locals] eat and they can see this beautiful country.”

Local families provide both the accommodation and, if needed, firewood to keep temperatures up when the mercury drops. Winter temperatures can fall as low minus 45 C, but most visitors arrive from May to September, when snowfall is rare, with a surge of tourists in July for the famous Naadam Festival.

This celebration of nomadic culture features singing, dancing and traditional Mongolian wrestling, horse racing and archery. While the festival is thought to have existed, in various forms, for centuries, winter festivals have also sprung up all over the country featuring skating, ice climbing and dog sledding. 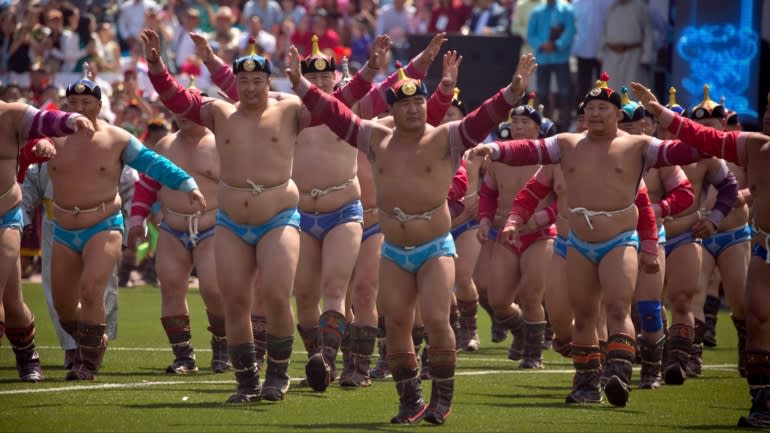 Most tourists travel around the country with a guide and a driver -- in part because Mongolian roads can be challenging, especially away from the capital. Guides bring food, cook simple fare such as meat and potatoes and goulash and demonstrate how to make both steamed and fried dumplings. In the evenings, especially outside the peak summer months, visitors can play traditional games using the ankle bones of goats.

“There are now many nomad families who run this kind of small business for tourists,” said Ganbaatar. “In places like the Khongor sand dunes, there are around 15 family guesthouses and each family has five to 10 gers that are rented out to tourists.” The Khongor dunes are in the Gobi Desert, a long drive or short flight to the south of the country.

For Mongolian families who rent out the accommodation, returns can be high. “Compared to other nomads, those who work in the tourism field are usually rich, and it means that they have more animals,” said Ganbaatar. “It helps the families, and they can pay their children’s tuition costs and buy things like motorcycles to improve their lives and make everything easier.” 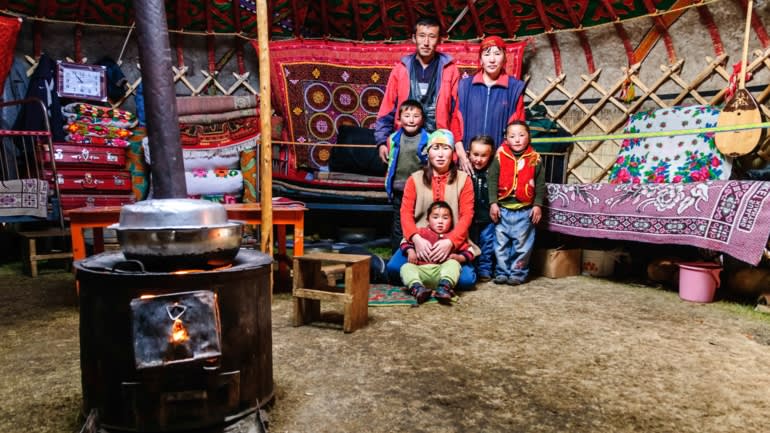 Bayarmaa Bat-Ulzii, who is based in Ulaanbaatar, started helping her uncle Ochirdorj Ayur to rent out gers in the Orkhon Valley, a traditional nomadic region west of the capital, in early 2018. “I wanted to help connect to tourists directly and have extra earnings from hosting them,” she told the Nikkei Asian Review. “I listed [my uncle’s] place first without telling [him] and I told [him] after getting the first booking because I didn't know if it would work.”

It did, with 17 Airbnb bookings in 2019. “Now they are happily hosting guests because they like having people over and the income is really helping,” said Bat-Ulzii. “My uncle's family would like to host as much as possible.”

There is plenty for visitors to do. With camel and horse riding available, tourists can see spectacular scenery and, for much of the time in this vast region, nobody else. But the valley is also home to Karakorum, capital of the Mongol Empire from 1235 to 1260, which was built by Ogedei, one of Genghis Khan’s sons.

Alongside Mongolia’s steady move into the 21st century, the great emperor’s legacy endures, as an increasing number of tourists are seeing for themselves.