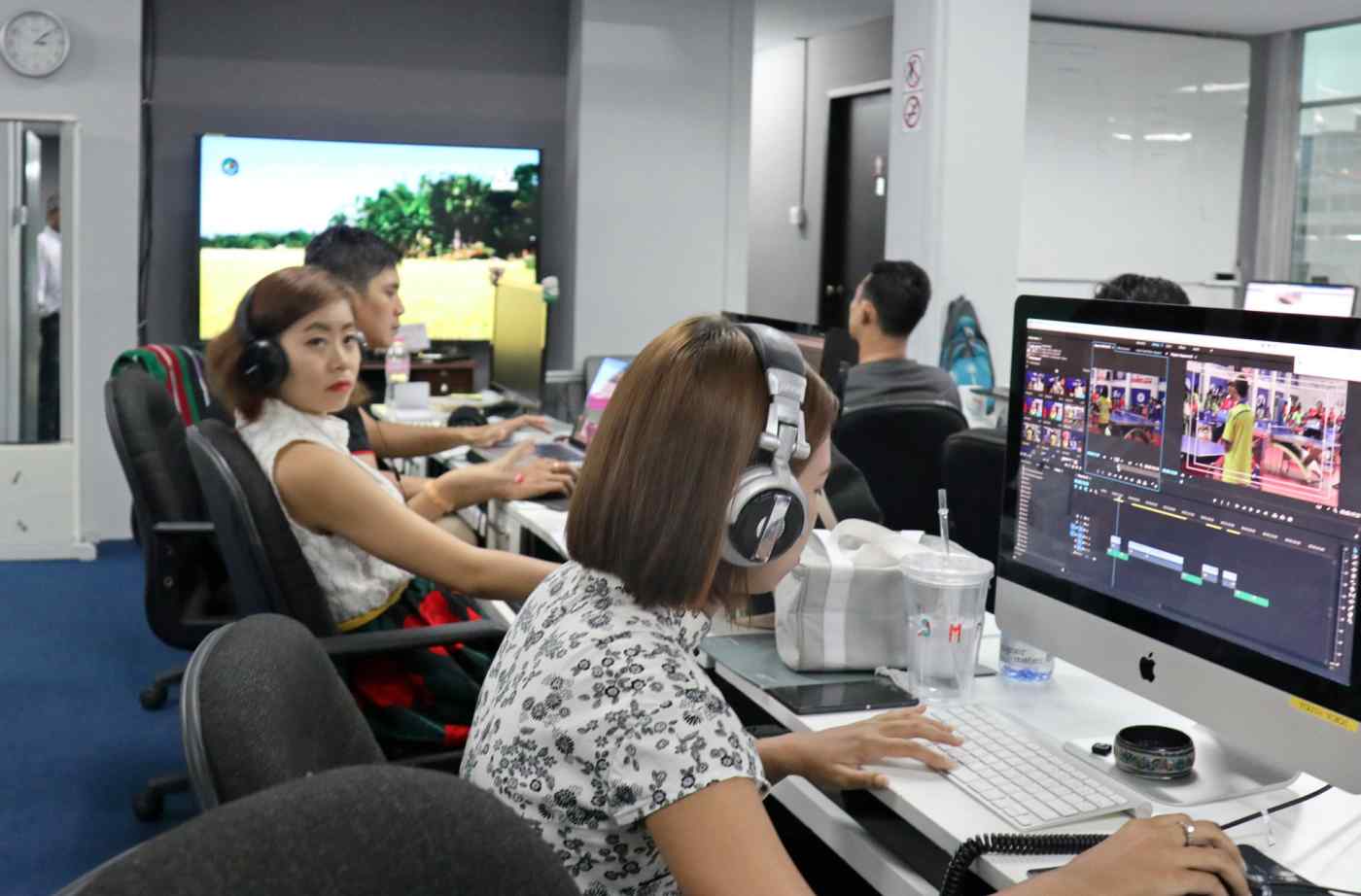 YANGON -- Myanmar is bringing the tide of democratization to its airwaves, adding new free-to-air channels and opening the country to more news and entertainment choices.

Starting as early as next year, five new digital channels will broadcast free-to-air programs by using the facilities belonging to state-owned broadcaster Myanmar Radio and Television, or MRTV. The channels' "content providers," so called because they lack their own broadcasting equipment, will control the makeup of their own programming. Under the country's previous military rule, independent TV news was rare.

Two state networks, MRTV, under the Information Ministry, and military-run Myawaddy, used to command the country's airwaves. Commercial broadcasting began in the 2000s, with Skynet, under the major local conglomerate Shwe Than Lwin group, and media company Forever Group launching channels in partnership with MRTV.

The addition of five new channels will help bring Myanmar a more diverse media, the bedrock of democracy. The government received 42 responses when it began taking applicants for content providers last fall, and whittled the list down to five finalists in April. Those five run the gamut from online media and big-business-affiliated enterprises to communication equipment companies.

One of those chosen was DVB Multimedia Group, which began as the broadcaster known as the Democratic Voice of Burma. Headquartered in Norway, the organization, involving Burmese people who had fled the country's military rule, criticized the government by airing programs via satellite or over the internet.

"This is [the] first-ever [editorial] independence" being allowed to broadcasters, said Toe Zaw Latt, DVB's Myanmar bureau chief. He hopes this marks the beginning of freedom of the broadcast press here.

Viewers can already enjoy a variety of sports and entertainment programs on commercial channels today, but independent news programs are still rare.

"As you know, news [broadcasting] is very risky. That is why only state-owned [broadcasters] can do" it, Toe Zaw Latt said. But now he intends to develop news programs and other shows that present and debate social issues.

The Kaung Myanmar Aung group, a conglomerate that counts banks and aviation companies in its stable of businesses, is another newcomer to broadcasting. Thadoe Kyaw, managing director of KMA's newly established Alliance Myanmar Broad Casting Group, intends to focus on original content, using resources from the group's movie and music production businesses. The company is also considering other types of programming, like TV shopping, which it aims to link to its e-commerce business.

Developing original content can cost four to five times as much as purchasing foreign shows, said the head of the broadcasting unit. But providing a range of local content is one of the conditions demanded by the government.

Finding qualified employees is also an issue, but the KMA unit plans to establish in Yangon as soon as this year a school for teaching interviewing, editing and other skills needed to produce TV programs.

Straightforward journalism appears not to be the only brand of news coming in as the freedom of the press grows. Another chosen content provider is Mizzima Media. The magazine publisher lists "infotainment" as a keyword in its foray into broadcasting, according to Managing Director Soe Myint.

The company has produced "Woman in Myanmar Society" about the expanded roles of women in the country and a travel information program called "Tasty Trip." It plans to introduce programs about young people and farming, as well as content created in collaboration with counterparts in other ASEAN countries.

The new content providers plan to keep building programming of interest to consumers. The range of programs is expected to expand over time, potentially including lifestyle, educational and travel shows.

These content creators all face some hurdles, including uncertainty over advertising revenue. The new channels are digital-only, while most of Myanmar's people currently view only analog TV broadcasts, limiting the appeal for advertisers. The first two years will be tough commercially, Soe Myint predicts.

"Five content providers will not survive commercially [for] two years. If we don't have someone [to cover the investment] or donor[s] to [support us], none of us will survive," he said. "We [also] need a level playing field with the current players like Skynet and Forever broadcasters."