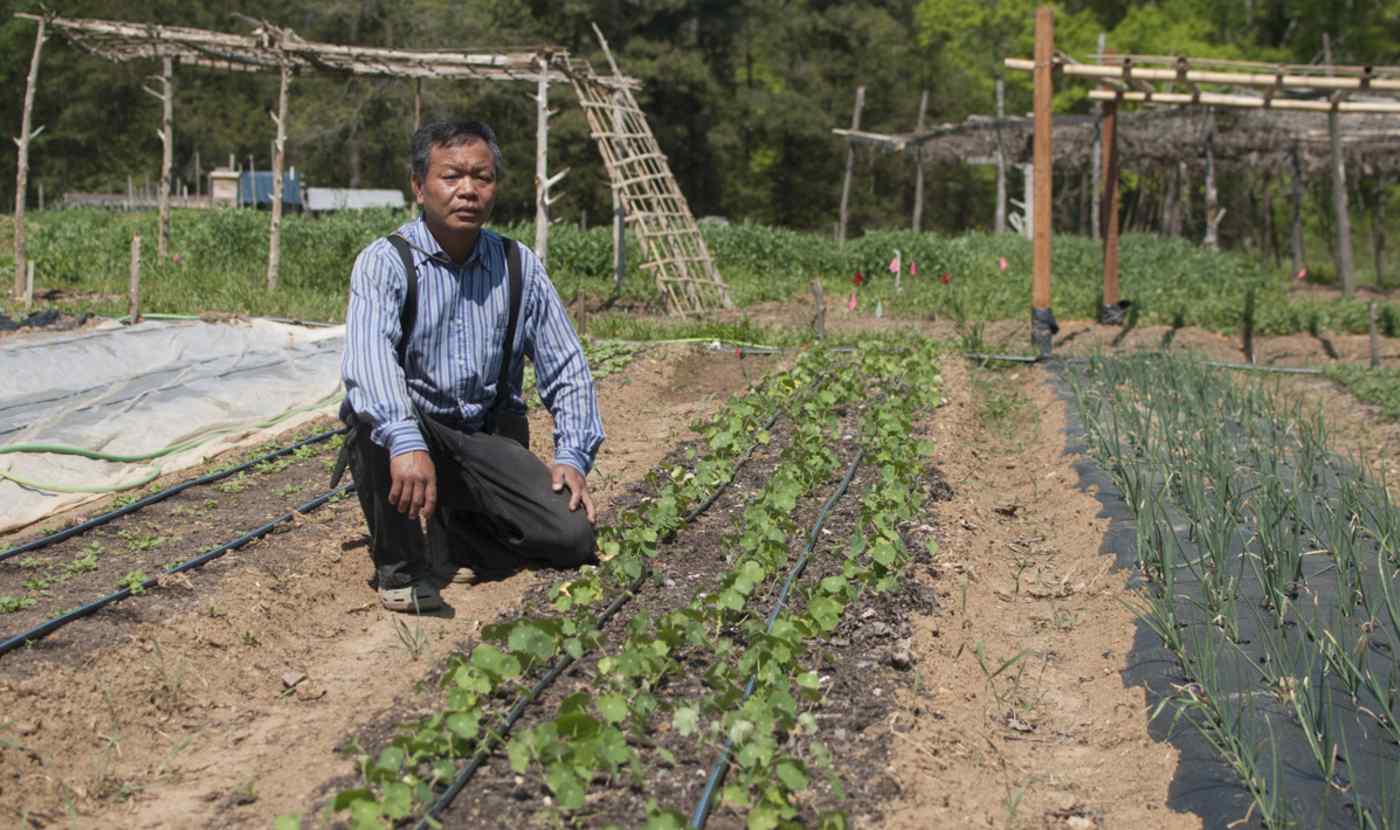 CHAPEL HILL, North Carolina -- It has been 20 years since Lupu last saw his hometown, a small village in the hills of eastern Myanmar. One day in 1997, he and his family fled after the Myanmar military arrived on an operation against ethnic rebels from the Karen National Union, torching homes, killing livestock, and destroying paddy fields. "If you ran, they caught you," the 42-year-old recalled. "If the police thought you belonged to the KNU, they killed you immediately."

Two decades on, Lupu finds reminders of his homeland at Transplanting Traditions, a community farm outside the college town of Chapel Hill, North Carolina, that has become a center for the area's large and growing community of refugees from Myanmar.