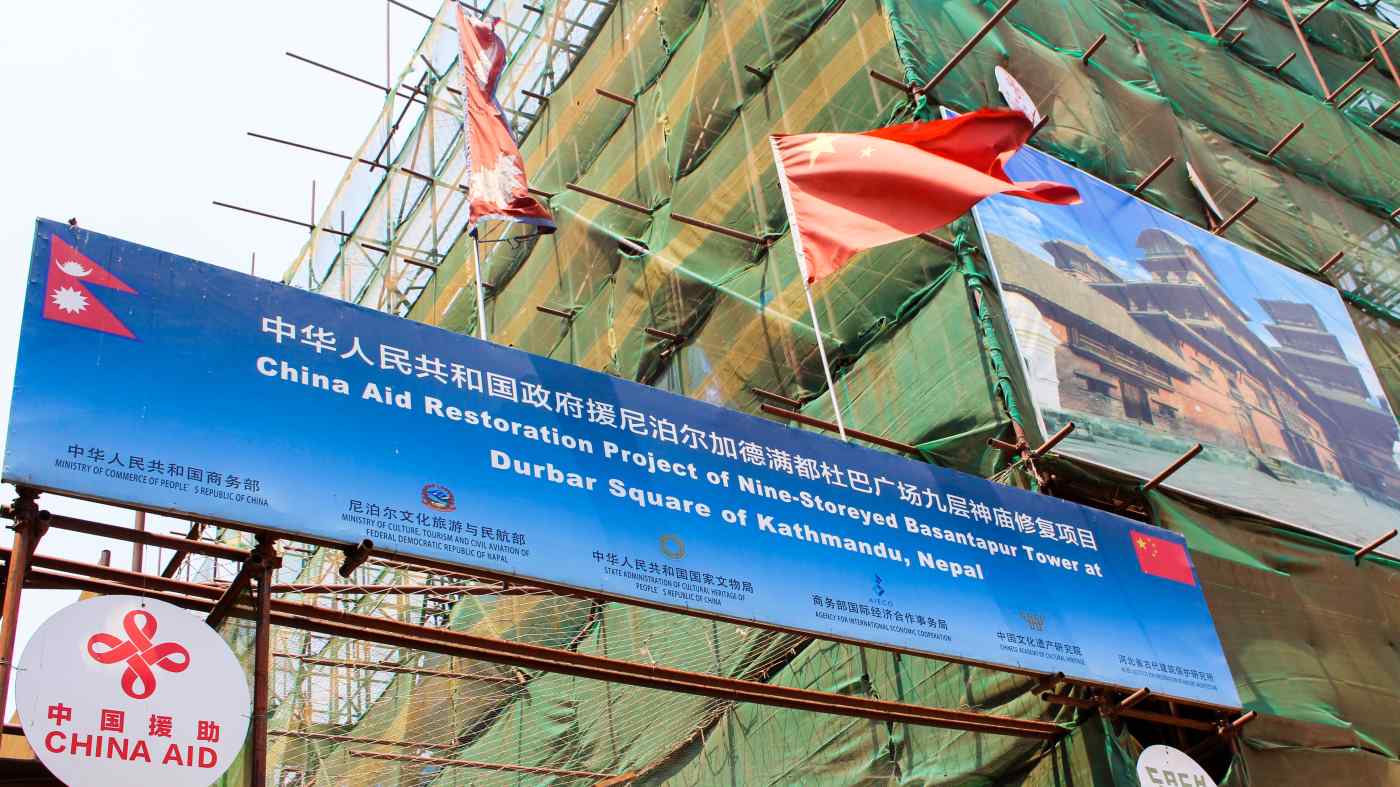 KATHMANDU -- Just inside the entrance to Kathmandu's iconic Durbar Square, an exhibition explains reconstruction work following a devastating earthquake in 2015. Close by, an array of Chinese flags marks a Chinese government project to rebuild the top four floors of Nautale Durbar, a nine-story 18th century palace built by the first king of Nepal's Shah dynasty, which reigned until 2008.

Further ahead, construction workers move wheelbarrows through the stone-paved courtyard of a 19th century neoclassical building whose reconstruction has been funded by the U.S. The Japanese government is rebuilding Agam Chhen, a three-story temple that housed the family deity of Nepal's earlier kings of the Malla dynasty. In another part of the square salvaged bricks are piled high at the base of a centuries-old temple. Torn tarpaulins barely cover the bricks. Elsewhere, damaged temples are propped up by wooden beams.