Despite legal quotas, most companies shun those with physical disabilities 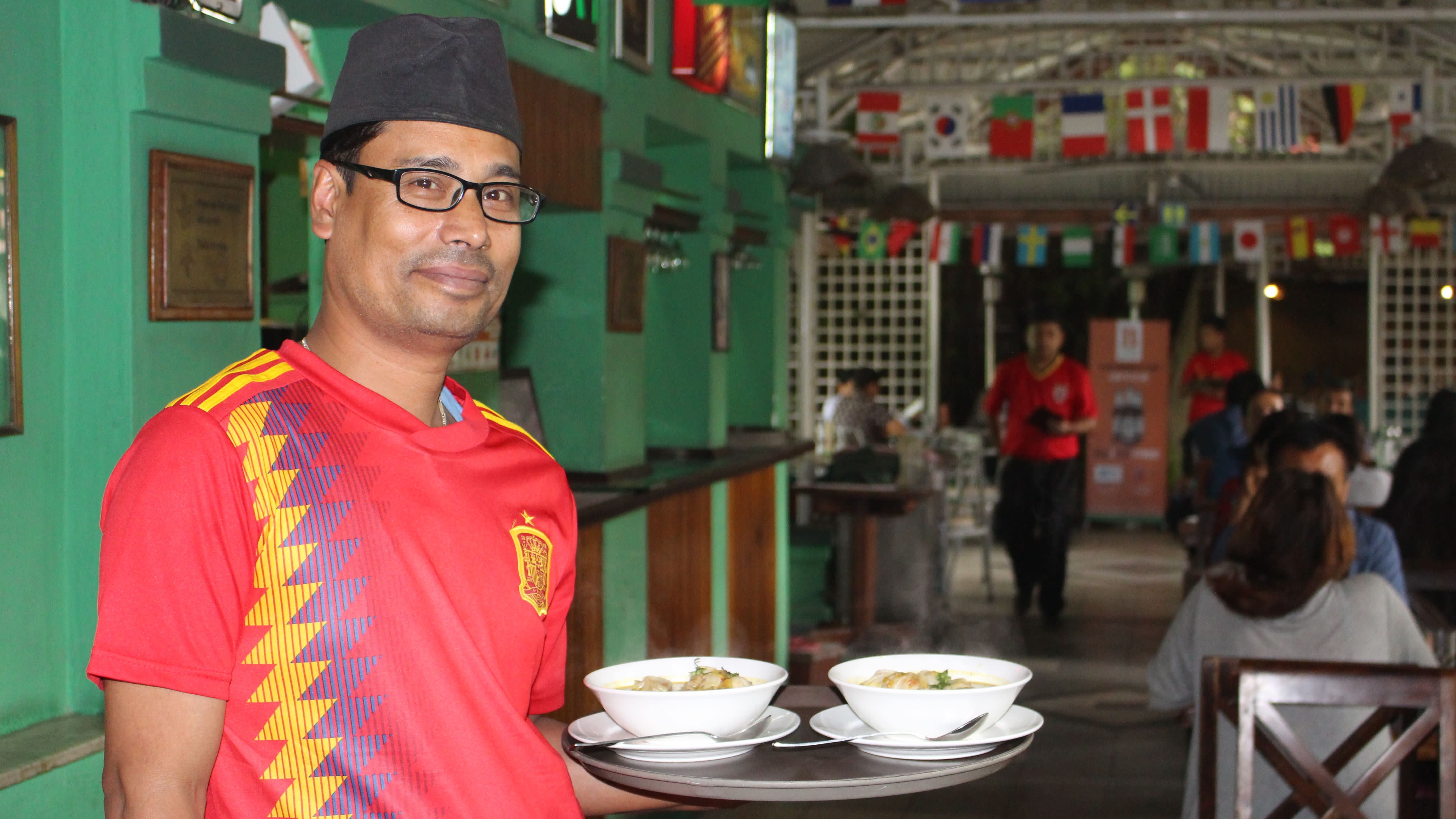 KATHMANDU -- Dressed in the World Cup soccer jerseys of Portugal, France and England, several waiters are taking orders from diners here at a small roadside restaurant.

The restaurant, in the city's upscale New Baneshwar area, marked its 20th anniversary this year. As a destination, it has become a fixture for the middle class.

Around one-third of the staff at the Bakery Cafe chain, Nepal's biggest restaurant group, cannot hear. The chain is Nepal's largest private employer of those with disabilities, where employers shun those with physical challenges.

Not only are those with physical impairments considered a burden for their families in Nepal, in some communities, disabilities are thought of as curses for wrongdoings in previous lives.

Bakery Cafe founder Shyam Kakshapati was inspired to expand his hiring policies after meeting some hearing-hampered ticket-takers at a concert.

"It was their part-time job," he said. "I thought it would help if I employed them full-time because finding a job for people with disabilities is very hard."

When he was preparing to launch Bakery Cafe's first outlet, in New Baneshwar, in the mid-1990s, Kakshapati contacted the National Federation of the Deaf Nepal to recruit waiters and waitresses. People walk outside one of the nine Bakery Cafe outlets in Nepal. (Photo by Deepak Adhikari)

He then hired a sign language interpreter and trained the new recruits to take orders and serve diners. He also posted notices asking patrons to communicate using hand gestures.

"This was unheard of in Nepal, so it was very challenging. Most trainees had never eaten pizzas or burgers before. They even didn't know how to use a fork and spoon," he said. "I was worried whether our customers would accept their service. But I was sure that these young people would be efficient. I wanted to offer them a degree of independence and self-reliance."

Despite Bakery Cafe's efforts, only five of its non-hearing staff are female. According to the company, few deaf women have applied for jobs. Half a dozen or so of Bakery Cafe's staff with hearing difficulty are chief waiters or bar managers. 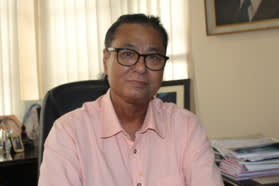 Bakery Cafe waiters receive a monthly salary of 10,000 rupees ($90), the same as other staff. They work eight-hour shifts, receive free food while at work and also get help with their medical and housing expenses, according to Nirmal Shah, branch manager at the outlet in New Baneshwar.

Bishnu Khimbaje, a 43-year-old father of two teenagers, was among the first of 12 waiters recruited 20 years ago. He now manages the bar.

"I was promoted after the company evaluated my work," he said through an interpreter. "They have recognized my work, and I am happy for that."

Branch manager Shah said he steps in to help waiters if they encounter problems taking orders or if customers want more information about ingredients.

"We intervene immediately [if any] problems occur," he said. For example, a customer might get impatient if a waiter cannot say if a dish is spicy. But over the years, Shah said customers' mindsets have changed. "Our deaf waiters are dedicated and hardworking," he said, "but we still need to keep an eye on them."

Ram Chandra Karki, a 43-year-old from the village of Namdu, in the Dolakha district of Nepal's northeast, said the government should do more to help locals with physical impairments find jobs. Manu Bhakta Rai, a 33-year-old waiter, takes an order at a Kathmandu Bakery Cafe, where customers are urged to order with hand gestures. (Photo by Deepak Adhikari)

"Our government has failed to provide jobs for people like us," Karki said. "This is the only place where we have found some opportunities."

Nepalese law requires companies to hire at least one physically impaired worker for every 25 employees. But the vast majority of employers ignore the law, and traditional attitudes have been slow to change.

When hiring civil servants, the government is supposed to mind a 5% hiring quota. But among roughly 80,000 civil servants, there are only about 1,200 with impairments, according to Indra Prasad Upadhyay, president of Employees with Disability Nepal, an advocacy group.

There are roughly 500,000 Nepalese with a loss of hearing.

Only a handful of other companies hire those with disabilities. Deurali Janata, a pharmaceutical company, has 15 disabled employees. Of the 275 or so employees at Dwarika's Hotel in Kathmandu, three are deaf.

He said organizations shouldn't see the hiring of handicapped people as charity. For him, such a policy has been part of a sustainable business model.

Kakshapati said those with hearing loss should be trained in carpentry, masonry and other more practical industries in which eardrums are unimportant.

"I don't think providing them [with] some skills such as sewing helps in the long run," he said. "I tell my [deaf] employees that what I am doing is not charity. They earn everything through hard work and they should feel proud of it."

On the afternoon we visited a Bakery Cafe, a few diners were pleased with the service. "They are professional and attentive," said Rajani Baniya, a 32-year-old social worker. "I feel better having my lunch here because of the fact that marginalized people have been employed. This is an exemplary initiative. Other businesses should also follow it."