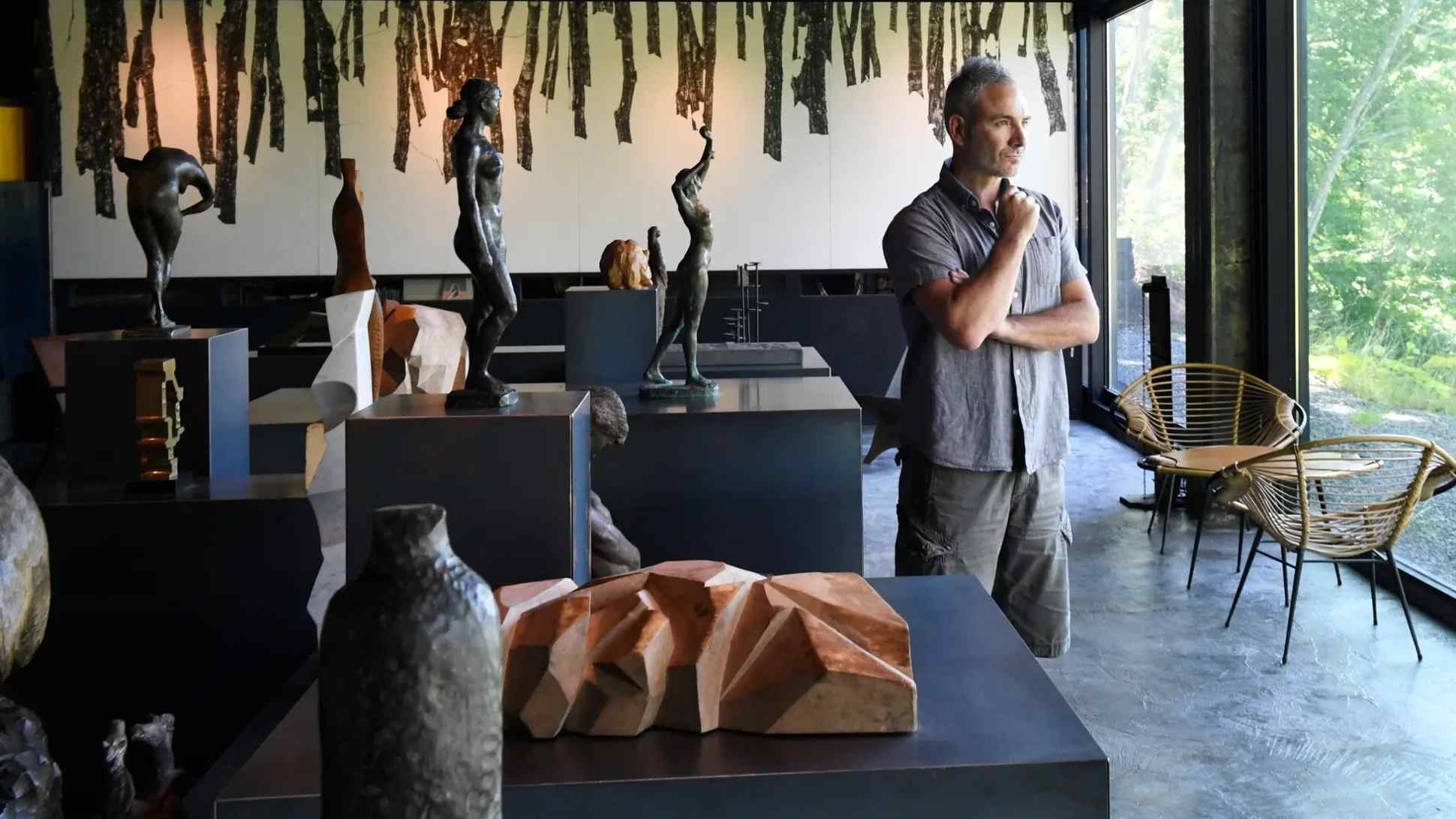 Niseko and the art of change

NISEKO, Japan -- Once a little-known ski resort way off the beaten path in western Hokkaido, Niseko has blossomed into a favorite destination for well-heeled domestic and foreign travelers. The visitors have spawned a wave of creative entrepreneurs, who have transformed the sleepy town into a charming enclave of fine art galleries and top-shelf restaurants.

Shouya Grigg is one of them. Born in the U.K., Grigg long ago recognized Niseko's distinctive allure. In 2006, the enterprising Brit purchased a crumbling pension in the area and remodeled it into a restaurant that he christened Sekka Dining. The fine-dining establishment was a rarity in Niseko at the time, but helped spur Grigg into new endeavors.

Enchanted by the restaurant's design, a diner asked Grigg to create for him a holiday home. The project led to a series of collaborations with architects building luxury villas and condominium hotels in Hokkaido.

Grigg had always bounced around. During his middle-school years, the Leeds native moved to Perth with his parents, who made a living buying and rebuilding used homes that they would resell for a tidy profit.

While working as a DJ after graduating from high school, Grigg studied film production and photography at a vocational school, where he was introduced to the works of Japanese film director Akira Kurosawa. Deeply impressed, Grigg headed to Japan in 1994 on a working holiday program.

Unable to find a job in filmmaking, Grigg fell back on his DJ skills, working in a Sapporo club and making connections. Eventually, his networking paid off and he found work as a cameraman. After a design company he established began to flourish, Grigg focused on challenging design projects, a decision driven in part by his love for the do-it-yourself type of work his parents pursued. 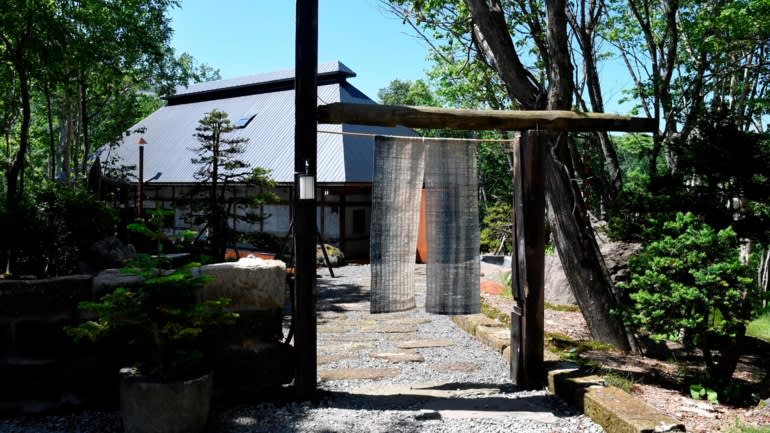 Grigg's recent projects include the Zaborin Hotel, a modern rendering of the classic Japanese "ryokan," or inn, situated amid a primeval forest in Kutchan, Hokkaido. Nearby is his Somoza cultural-commercial complex, which features an art gallery showing Hokkaido-related works and a restaurant specializing in dishes made from local ingredients.

Both Zaborin and Somoza are milestones in Grigg's career and reveal the influence Niseko has played on the evolution of his work. 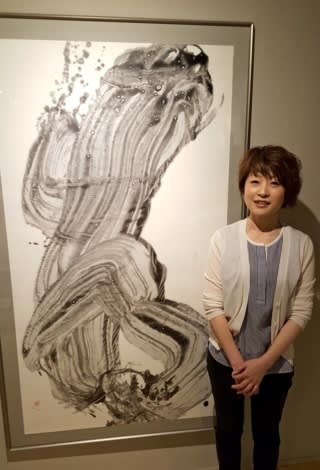 After stints at an art gallery and museum in Japan, Hosokawa left for the U.K. to study the business side of art. Upon her return home, she became a qualified curator. Later she met an Australian businessman in charge of developing AYA Niseko, who asked her if she would be interested in managing a gallery in the new complex. Hosokawa accepted immediately.

Since then the gallery has been a hit, serving as the primary organizer of the annual Niseko Summer Art Festival and displaying the works of prominent Hokkaido artists such as Imaemon Imaizumi XIV, a Japanese ceramic artist and Living National Treasure, and world-renowned sculptor Kan Yasuda.

Another Hokkaido native who has been creating a stir in Niseko is chef Shinichi Maeda. His An Dining restaurant in the Ki Niseko luxury hotel serves nouveau Japanese cuisine made with Hokkaido produce and using traditional Japanese cooking techniques.

Maeda did not start out as a chef. A technology graduate of Asahikawa College in Hokkaido, Maeda left home to become a software programmer in Tokyo. He soon abandoned coding to become a sushi chef, driven by his dream to "live by his cooking." 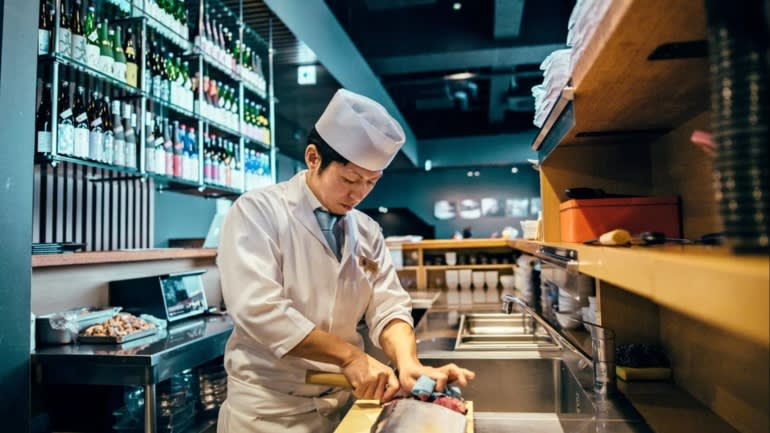 Shinichi Maeda, head chef at An Dining in Ki Niseko (Photo courtesy of An Dining)

Resolving to start his own business, Maeda moved to Australia at the age of 24 to create Japanese cuisine suitable for Australian tastes. While down under, he opened restaurants in Brisbane and other cities, which won acclaim from the Good Food Guide -- Australia's equivalent to the Michelin Guide. Inspired by this success, Maeda returned to Japan and opened An Dining in 2014.

Now, Maeda appears to be growing restless. Sensing opportunities overseas, he has his sights set on Southeast Asia, where Japanese food has been catching on and where his reputation might carry him far.

"They are ideal opportunities to make Niseko and Hokkaido cuisine better known overseas," he said, no doubt echoing sentiments shared by other local creatives like him.