Pitcher, who grew up in an era of ethnic prejudice, won a record 400 games 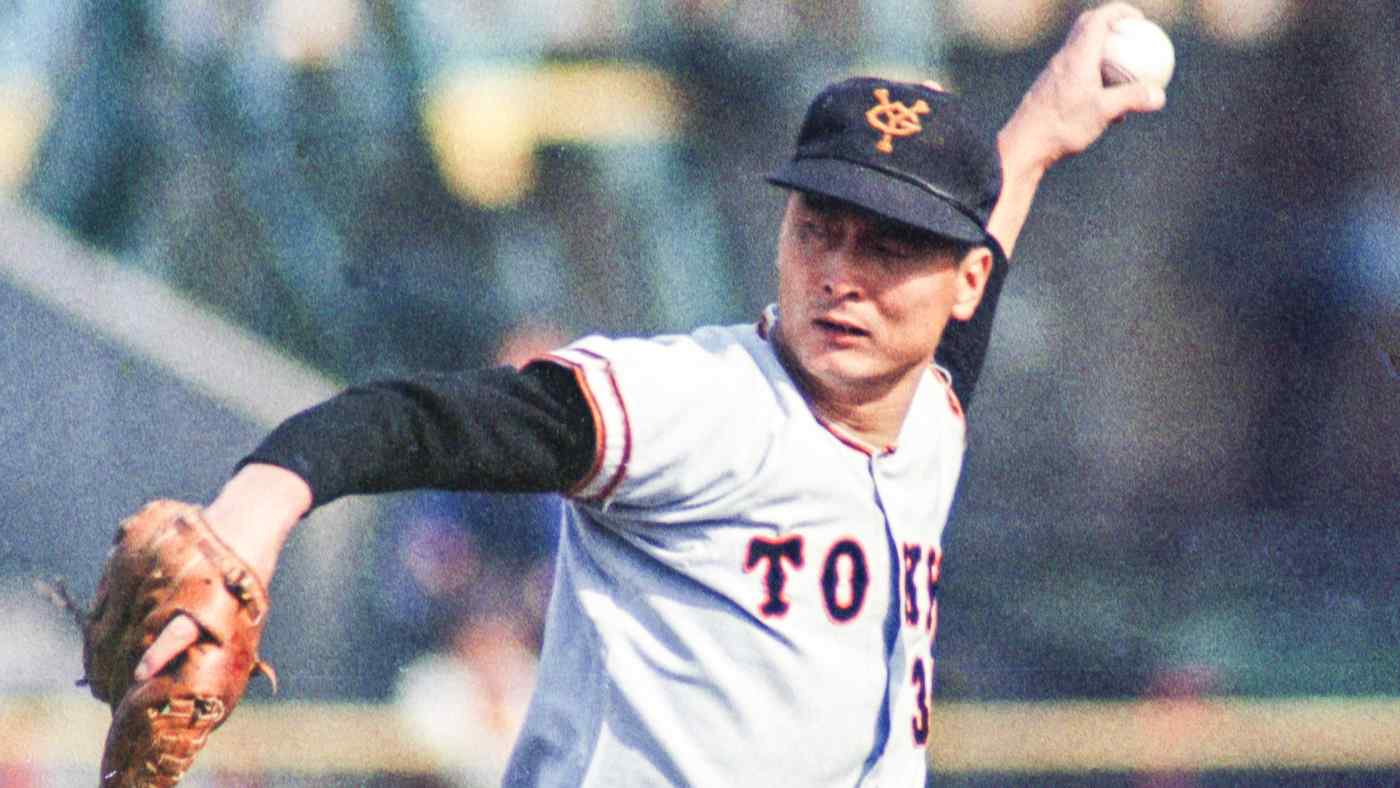 Masaichi Kaneda unleashes a pitch for the Yomiuri Giants in 1969, his final year in a pro career that began in 1950.    © Kyodo
ROBERT WHITING, Contributing writerOctober 8, 2019 18:48 JST | Japan
CopyCopied

The Japan sporting world is mourning the passing of one of its great icons, Masaichi Kaneda, who died on Oct. 6 at the age of 86.

Kaneda was the most dominant pitcher in the history of Japanese professional baseball. In a 20-year career, spanning the 1950s and 1960s, he won a record 400 games, far more than anyone else, a total surpassed only by two pitchers in North America's Major League Baseball.

Kaneda's win-loss record was all the more remarkable because for 15 seasons he toiled for one of the worst teams in Japan, the perennial Central League doormat Kokutetsu Swallows. However, he spent his last five seasons with the Yomiuri Giants, helping them win Japan championships in each of those years.

On his retirement the team retired his uniform number, 34. Korean-Japanese sportsmen faced tough choices when it came to discussing their nationality. Kaneda seldom talked publicly about his Korean background and opted to become a naturalized Japanese citizen in 1959.

Kaneda dropped out of high school as a 17-year-old in 1950 to sign with Kokutetsu Swallows. Standing six feet tall and weighing only 160 pounds, which earned him the nickname "Telephone Pole," he nevertheless threw the hardest pitch in the game, a blazing fastball that he claimed -- before the invention of radar speed guns -- easily exceeded 100 miles per hour.

Kaneda went on to win 20 games in a season -- 20 wins being the benchmark for ace pitchers at the time -- an amazing 14 years in a row, developing new pitches like sinkers and sliders and change-ups along the way.

Twice he won 30 games and also pitched two no-hitters, including one perfect game. He was given the Eiji Sawamura Award for best pitcher for three consecutive years, and in 1955 he struck out slugger Mickey Mantle three times during one game when the New York Yankees were on tour.

Kaneda was born Kim Kyung-hong to Korean parents in Japan in 1933, but he never used that name to avoid discrimination. Japan had colonized Korea from 1910 to 1945 when it was known as "Chosen." Although Koreans, or Chosen-jin, were nationals of Imperial Japan, they were regarded as second-class citizens and subjected to injustice on a daily basis. 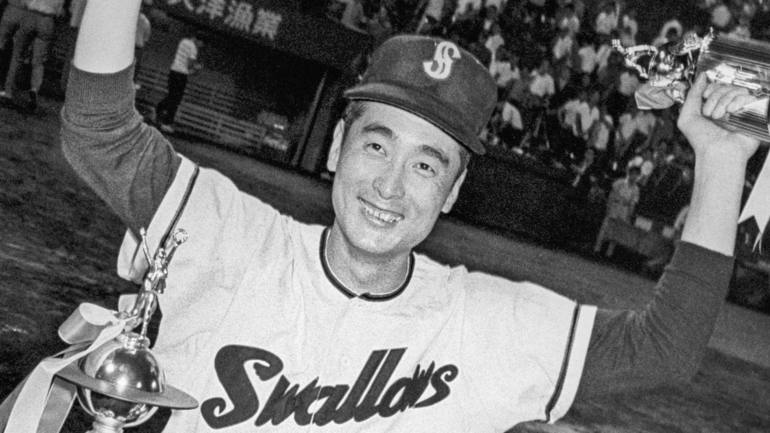 Kaneda celebrates after being named MVP of the 1964 All-Star Game.   © Kyodo

This contrasted with another ethnic Korean in Japanese professional baseball, batting star Isao Harimoto, who went by a Japanese name but refused to naturalize and boasted of his Korean ancestry, which earned him insults such as "garlic belly" from fans in the stands.

Kaneda was courted by MLB scouts in 1962 and again in 1966, but he demurred. As he told Sports Illustrated, "It would be a great honor to pitch in the American major leagues, but there is more to be gained here. And I feel I owe something to Japanese baseball, which has been so good to me."

In retirement, Kaneda managed the Lotte Orions (1973-78, 1990-91), owned by Japan's leading chewing gum and candy corporation, which had been founded by a postwar entrepreneur of Korean ancestry. He led them to a Japan championship in 1974. He also forged a career as a TV commentator. 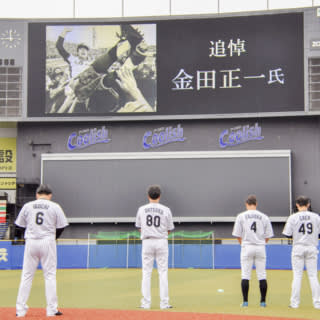 Players on the Chiba Lotte Marines observe a moment of silence in memory of Kaneda before practice on Oct. 7.   © Kyodo

Kaneda's nickname in the pros was "The Emperor" in part because of the confident, almost arrogant, manner with which he performed his duties on the mound and also because of his stature. This gave him the power to put himself into a close game as a relief pitcher to garner the official win, as he did at the end of the 1960 season to earn his 10th consecutive 20-win season.

He was also known for his quick temper. In June 1990 he punched and kicked an umpire for which he was suspended for a month and fined a million yen.

He feuded with American Jim Lefebvre during his first stint as manager of the Orions and during a game in 1976 challenged him to a fistfight when Lefebvre threw his glove at the dugout wall in protest over being removed from a game.

However, Kaneda was perhaps the hardest-working player in the game. When he joined the Giants in 1965 for his first spring camp -- the Giants being renowned for their work ethic in practice -- he surprised with the length and intensity of his workouts.

In 1978 Kaneda founded an association known as the Meikyukai, honoring players with outstanding career records.

Kaneda, who was twice married, is survived by three children. His death was front-page news in all the sports dailies, but none mentioned his ethnic background.