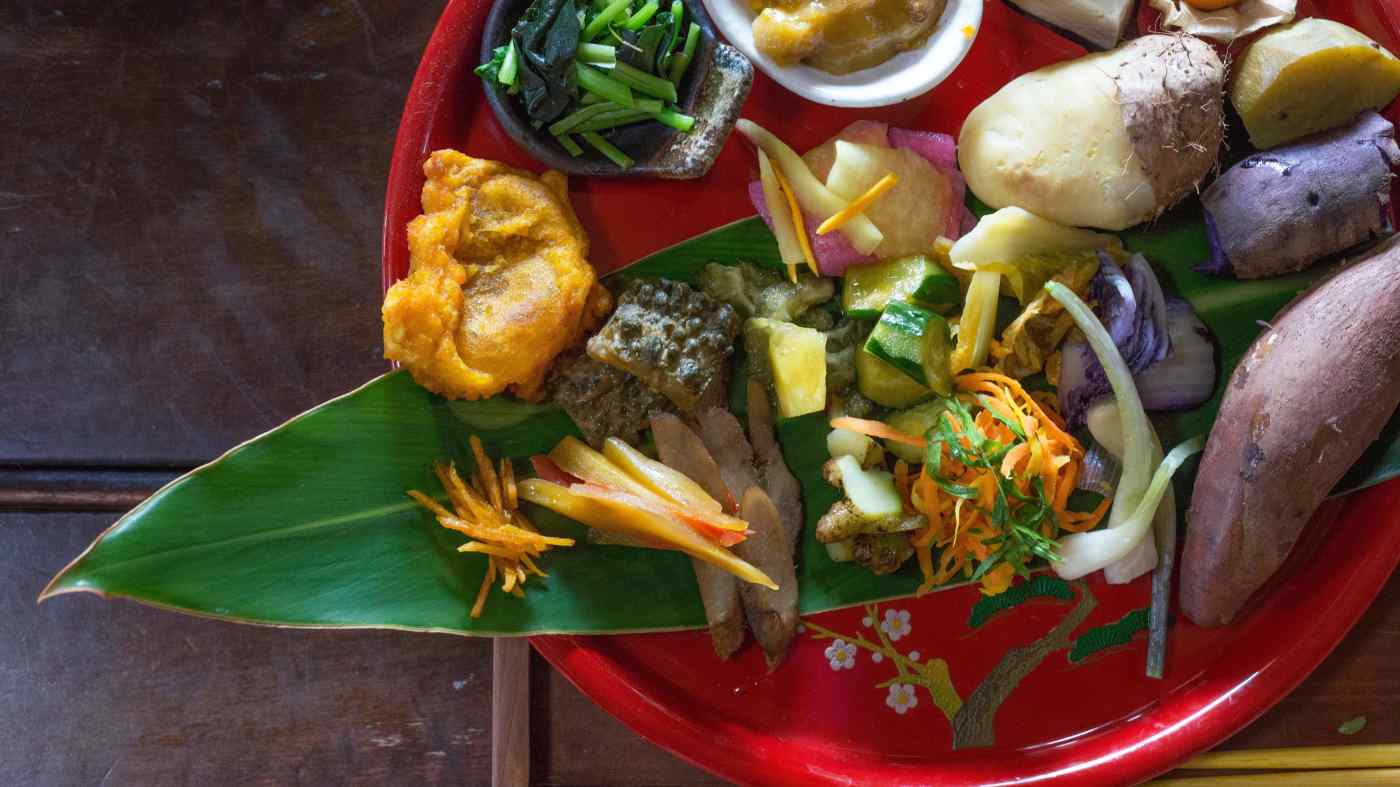 Vegetables and herbs dominate this dish at Garamanjaku, a restaurant whose owner is on a personal mission to combat the prevalence of fast and processed food in the Japanese island prefecture of Okinawa. (Photo by Stephen Mansfield)
STEPHEN MANSFIELD, Contributing writerNovember 15, 2021 11:00 JST | Japan
CopyCopied

OKINAWA, Japan -- English food has come a long way since the times it was dismissed as one of the blandest cuisines in Europe. But having lived and dined in the country more than 20 years ago, I have never known the yearnings for local cuisine experienced by Japanese people abroad, cut off from their own food culture.

Like France, Japan is noted for its regional cuisine. Sitting on the outer zone of the country’s food firmament, the southern islands of Okinawa Prefecture present a cuisine which, locals insist, is quite distinct from the offerings found on the Japanese table. Anyone who has visited these subtropical islands and sampled their dishes, born of a unique culinary history, would likely agree.