Old sake gets a new lease on life 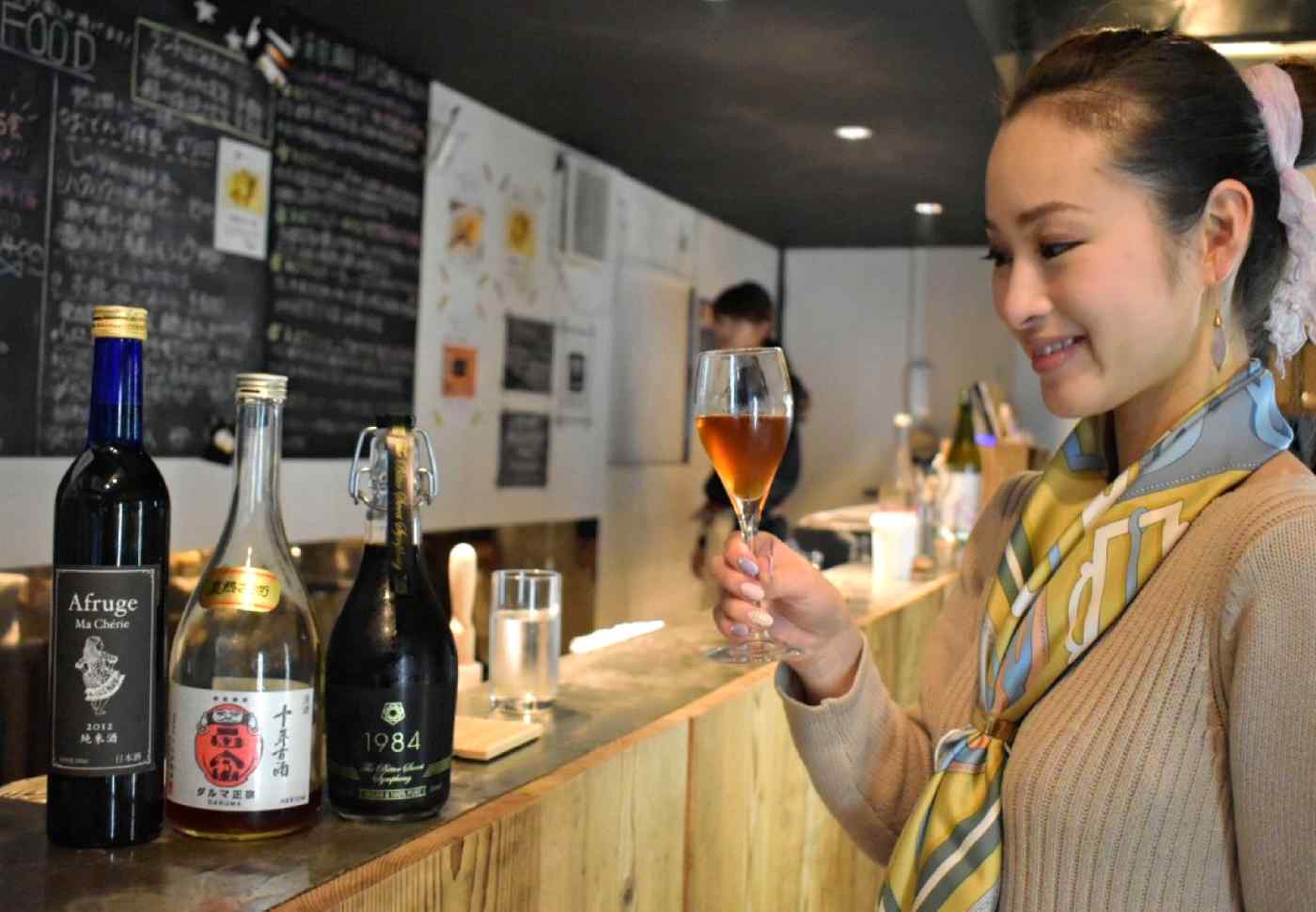 TOKYO -- Hayato Shoji, a 42-year-old sake brewer in Chiba Prefecture, north of Tokyo, is a fifth generation master with a proud family pedigree going back 140 years. Today, he is intent on reviving an old tradition: sipping aged sake, a custom once popular among ordinary Japanese.

Shoji heads Kidoizumi brewery, which sells a range of aged sakes, the oldest of which dates back to the 1970s. One year after being brewed, its Asf series of sakes rest in sherry or wine casks for about six months. Afruge, which is part of the series, has lingering sour and mildly sweet notes. A fellow brewer is getting even more creative and is introducing sardines to the sake-making process.

Aged sake, or koshu, is not a new idea. In the pre-modern Edo period, drinking aged rice wine was a favorite habit in Japan. But the tradition petered out in the late 19th century when a change in the tax system made aged sake unprofitable.

Sake-makers were obliged to pay taxes as soon as they finished brewing a batch. Because the technology at the time was less sophisticated in regulating temperatures, the aging process was not always successful. If a batch went bad, the brewer would never recoup the tax it had already paid. Old sake, so to speak, died a death.

Today, Shoji is breathing new life into an old tradition, drawing inspiration from his grandfather, the third master. At the time, the elder Shoji saw the success of vintage wines and their high prices in the West, and so began developing sake that could maintain a delicate flavor for a decade or more.

At the time, there was no an adequate cold chain for sake exports, so the third master experimented with methods that would allow sake to travel through a range of temperatures and environments on its way to foreign markets. 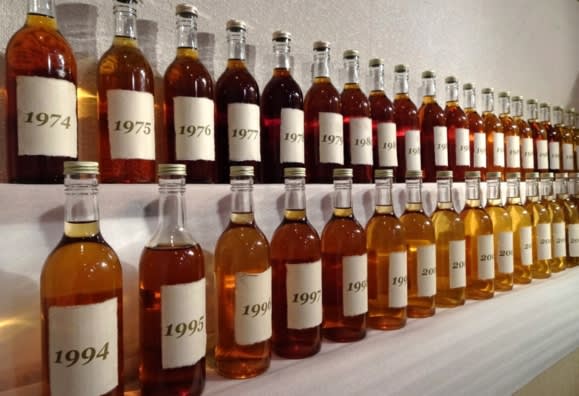 These shelves of aged sake from Kidoizumi show a color gradation, from the pale yellow younger bottles to the dark brown older vintages.

In a traditional sake-making process called Yamahai, the yeast starter is kept at around 5 C to 8 C during the initial process toward fermentation. But Kidoizumi -- founded in 1879 -- invented a method in which the temperature can be raised to a bacteria-killing 55 C.

The Chiba-based brewer uses locally grown rice. The prefecture, immediately north of Tokyo, is not well-known for sake-making rice varieties. But the brewery says shoppers are often impressed that a Chiba-grown rice can create such a richly flavored sake. Kidoizumi's aged sakes have a color gradation ranging from the pale yellow younger bottles to the dark brown older vintages.

Another producer is Shiraki Brewery, known for its Daruma Masamune brand of sake. The Gifu Prefecture-based maker began producing aged sake about 50 years ago, determined to bring back the Edo tradition.

One of its 10-year-old sakes has an orange-brown color with a rich mouthfeel. "Sourness helps to tie the sake's umami and sweetness together," Shigeri Shiraki, the brewery's CEO, said, noting that sourness is a typical characteristic of aged sakes.

The amount of rice milling, what sake experts call "polishing," determines the taste and grade of unaged sakes. To be called ginjo, for example, a sake must be made of rice that has more than 40% of the grain polished away. For Dai-ginjo, which means "greater" ginjo, more than 50% of the grain must be milled off.

But the rice used for aged sakes is best left less polished. The Kidoizumi and Shiraki breweries mill away only 30% or so of the grain when making aged sake. Amino acids in the outer part of rice are widely believed to leave sake with an unpleasant taste. But the aging process allows the amino acids to impart deep flavors.

About a year ago, Imadeya, a liquor shop in Chiba, began selling a range of aged sake. The shop had bought a special cellar to keep bottles of sake chilled at 4 C for several years. "As a distributor, we can use the aging process to add value and enjoyability to a sake," the shop's owner said.

Two years ago, Imadeya bought a tankful of Lapis Lazuli, a sake brand from Akita Prefecture. The liquid, which has been chilling in the cellar ever since, goes on sale this year.

In Tokyo's posh Daikanyama district, a sake shop that opened last year offers a variety of aged sakes by the glass. Most brands cost 500 yen ($4.69). The shop's manager recommended a brand called Sakaemasu, made by a Gunma Prefecture-based brewer that resumed sake-making about 10 years ago. "It has a sharp taste for aged sake," the manager said.

Breweries in Niigata Prefecture, a renowned sake-producing region, are also making aged versions of their popular products. The producers of the famous Kakurei and Hakkaisan labels use traditional cold warehouses made of snow to rest their sakes.

In short, there's life in the old sake yet.