Chaitali Puri, center, and her groom Nitin Arora, left, at their scaled-back wedding in New Delhi on May 2. The couple celebrated the day with only 15 guests, instead of the planned 400. (Courtesy of Chaitali Puri and Nitin Arora)
NEETA LAL, Contributing writerAugust 3, 2020 04:00 JST | India
CopyCopied

NEW DELHI -- Chaitali Puri, 26, and her groom Nitin Arora, 27, a New Delhi-based digital marketing couple, had always dreamed of making their wedding unique. And it was. Just not in the way they had envisaged it.

Instead of 400 guests assembling at a plush resort for two days of cocktail parties and a 10-page menu, the couple tied the knot over the video conferencing app Zoom. Their May 2 wedding, fixed according to the Hindu astrological calendar, fell during India's national shutdown to halt the spread of COVID-19.

"I never imagined I'd be tying the knot with just 15 people in attendance. We first planned to postpone it. But then we realized how we really just wanted to start our lives together -- so we said yes." says Puri. What followed was 12 hours of chaos.

With all stores closed and no vendors available, the Puri family scrambled to organize the wedding themselves, transforming their living room into the wedding venue, organizing a potluck lunch and informing relatives. The bride donned her mother's magenta sari and accessorized it with her grandmother's vintage gold jewelry because her own finery could not be collected from the store. "I did my own hair and makeup." smiles Puri.

Organizing a priest to conduct the rituals proved especially difficult -- the first canceled for fear of contacting the virus. A second was rounded up at the 11th hour -- literally -- allowing the wedding to get underway at 11 a.m. instead of the planned 9 a.m. Bride and groom: “I never imagined I’d be tying the knot with just 15 people in attendance," says Puri. (Courtesy of Chaitali Puri and Nitin Arora)

"The pheras (seven vows made by the bride and groom around a sacred fire) finally happened with just our closest family gathering in our house. About 100 friends and relatives joined us over Zoom from the U.S., Australia and other Indian cities," Puri says.

Technical glitches during the digital wedding kept everyone on tenterhooks. "The Zoom link kept snapping every 40 minutes. Sometimes the audio disappeared, at other times the video. There was pandemonium as all the relatives tried to speak at the same time. But we managed to have a good laugh over it, too." says Puri.

In stark contrast, the couple's engagement party in March had been attended by 170 people. Held on the lawns of a posh club in the city of Chandigarh, it was a quintessentially Punjabi affair -- lots of drinks, tables creaking under food, loud Bollywood music and all-night dancing. "Little did we know that our marriage would be quite the opposite," says Puri. Puri and Arora's engagement party, held in March, turned out to be a much bigger affair than the wedding. (Courtesy of Chaitali Puri and Nitin Arora)

Crushed by COVID-19, India's wedding industry is staring at a hard reset in the wake of the country's lockdown on March 24. Though the national lockdown has been lifted, some cities and states remain under curfew. According to the World Health Organization the country had the third-largest number of confirmed cases at 906,752 on July 15, behind the U.S. and Brazil. There have been more than 23,700 deaths.

Experts say the rising number of cases is partly a reflection of increased activity outdoors, with restaurants, malls, places of worship and offices reopening in June. The increase has been highest in a handful of southern states, including Telangana, Tamil Nadu and Karnataka.

This unprecedented situation is a cultural shock to Indians, who celebrate 10 million marriages every year -- a market estimated by the professional services group KPMG at $50 billion -- and have been known to mortgage their homes or pawn their jewelry to dazzle their guests with nuptial bling.

Last year, the billionaire Mukesh Ambani spent an estimated $100 million on the wedding of his daughter Isha Ambani, with guests such as Hillary Clinton, Beyonce and A-list Bollywood stars arriving in private jets. The politician Jayalalitha Jayaram, a former chief minister of Tamil Nadu State and a movie star, hosted a reception for more than 150,000 people at her foster son's wedding in Chennai in 1995, spending $23 million.

However, all this extravagance seems to belong to a fabled past. Fashion designer Ravi Bajaj, who has been in the wedding business for three decades, says the industry is battling its worst crisis. "Fashion, especially wedding fashion and occasion wear, is all about the experience," he says. "You go to a store, try, feel and drape. It's all about touch and feel. How will online commerce replace that experience?"

It is a question that is baffling others. At Ensemble, India's first multidesigner retailer, with stores in Mumbai and Delhi, a strict vigil is being kept on the number of clients who can be physically present at the same time. Private appointments and home shopping are being encouraged, with a freshly minted website directing clients on how to order. Demand for upscale wedding venues such as this has plunged. (Courtesy of Ferns N Petals)

Virtual appointments and new consumer priorities will define the industry until a vaccine to protect against COVID-19 is found, say market analysts. Sabyasachi Mukherjee, whose clothes are worn by India's billionaire heiresses and Bollywood superstars, is taking only online appointments for measurements and consultations. Though his Mumbai stores resumed operations in July after three months, transactions are "limited to only phone and WhatsApp video consultations while all order pickups are contactless," a staffer says.

Bespoke wedding planners are also feeling the pinch. Mumbai-based Manisha Sharma says she used to stop at nothing to make a wedding stand out. "There were large guest lists, exotic destinations, bachelorettes, and theme parties with acres of multicuisine buffets. Some clients would even bring Hindi movie clips for us to replicate the decor, the bridal costumes and dance sequences. But now, people are either doing everything themselves or preferring to wait it out till things get better," she says.

Vikaas Gutgutia, founder and managing director of Ferns N Petals, one of the country's largest event-organizing companies, says the drastic dip in business is a disaster. "All the summer and spring weddings at our 11 venues have either been postponed or cancelled. The damage runs deep. Bulk cancellations have impacted all our vendors -- the caterers, designers, makeup artists, wedding planners. Nobody has been left untouched." 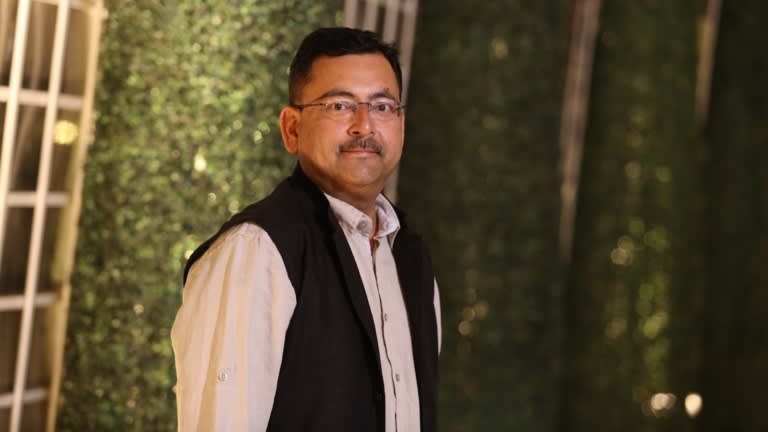 In this new normal, destination weddings -- one of the industry's biggest and most lucrative segments -- have vanished as event planners await further instructions from India's national and state governments. Even when restrictions are eased the cost of travel is expected to surge significantly because of social distancing and hygiene requirements.

The jewelry sector has also lost its shine. "The Indian jewelry market thrives on weddings," says a jeweler at Mehrasons, one of the country's oldest players in the gem and jewelry sector. "But due to the virus scare, people are postponing wedding functions and only venturing out for essential commodities. This has crippled our business."

The big question is whether the wedding business has changed permanently. While some couples admit they are happy to have saved a lot of money by marrying frugally, others say they feel robbed of their once-in-a-lifetime experience. Isha Sharma, who married her longtime boyfriend Tushnik Thakur online in the middle of the lockdown in New Delhi, regrets not having had a "normal" wedding. 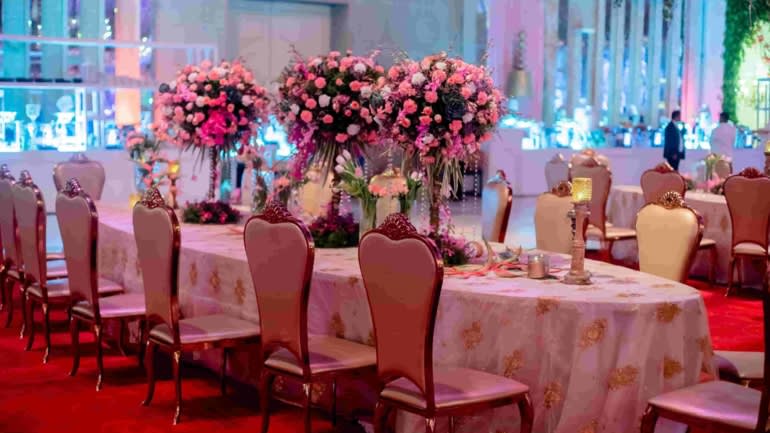 "I didn't get to fulfill my childhood dream of being the perfect Indian bride at an opulent ceremony," she says. "From the original guest list of 500, we had only 14 people at our wedding on May 7. My husband, too, is disappointed that he couldn't ride the ceremonial horse and bring the baraat (wedding procession) to my doorstep. Maybe we will do all this at our first wedding anniversary."

Despite the austerity, however, some remain hopeful that high-end weddings will become feasible again in the future. "I can't imagine that big weddings will disappear from India," says Gutgutia. "Some of our clients are ready to wait till the winter when the weather cools, or even till next year, just so that their functions can be lavish. The big fat Indian wedding is going nowhere; it's here to stay."