Social disapproval is 'enemy No. 1' for sufferers needing therapy A girl sells balloons on a beach in Mumbai in November. Roughly 56 million Indians suffer from depression and another 38 million have anxiety disorders, according to the World Health Organization.   © Reuters
NEETA LAL, Contributing writerJanuary 24, 2021 08:00 JST | India
CopyCopied

NEW DELHI -- Shweta Jaitley, a New Delhi-based schoolteacher, was rushed to the hospital in early 2020 after apparently suffering a heart attack. The doctor's diagnosis took everyone by surprise. It was a panic attack.

"The doctor said my high-stress life -- a demanding job, three kids, elderly care -- had taken a toll on my health," says Jaitley, 35. "Apart from medications, I was also advised to see a psychologist. But therapy? No way. People would probably think I'm a lunatic!"

Jaitley's attitude is common among Indians, many of whom shy away from professional help for mental health problems for fear of being judged. Yet 7.5% of Indians have mental health issues, with 56 million suffering from depression and another 38 million experiencing anxiety disorders, according to the World Health Organization.

Evidence of mental distress is all around. A 2015 study by ASSOCHAM, an industry body, found that 42.5% of employees in the private sector showed symptoms of anxiety or depression, while only 1,000 of the country's 1.1 million active registered companies have employee assistance programs focused specifically on mental health. The coronavirus pandemic has led to a significant uptick in the number of depression cases in India.   © Reuters

In June 2020, the suicide of popular Bollywood actor Sushant Singh Rajput, 33, shocked the nation. The actor, who hanged himself at his Mumbai residence, is said to have been clinically depressed for the previous six months. The news triggered widespread debate on mental illness, lack of awareness of its causes and the stigma surrounding it.

It also led many to ask why Indians shy away from therapy. "Social disapproval is enemy No. 1," says Dr. Samriddhi Khatri, a clinical psychologist whose Peace Solutions organization runs four clinics across the northern state of Uttar Pradesh. "We're a tight-lipped, conservative society, and the mere mention of 'depression' or 'anxiety' tends to get you disapproving looks from people. We believe that 'what happens behind closed doors should stay there.'"

Men are especially disadvantaged, notes Khatri, because they are conditioned to believe that they should "man up" and never cry. "If they do, they're asked -- 'are you a girl?'"

In most Asian households, children grow up controlling or hiding their emotions. Silence is seen as a virtue and feelings are not shared openly, says Vaishnavi Verma, a New Delhi-based psychologist and counselor. "Confiding in a family member isn't an option either as their lack of objectivity often hinders finding a solution. This leads to feelings being bottled up over a long period of time and then exploding as depression," Verma says.

Dr. Raj Galgotia, a Mumbai-based psychologist who has also practiced in the U.S. and Singapore, says that therapy varies vastly across Asia but there is one common factor -- stigma. Like India, says Galgotia, Japan is a culture where people rarely express their true feelings. "They prefer to be secretive about their personal issues and battle their demons privately," he says.

Therapy was not acknowledged in China until 15 years ago, but there is greater acceptance of mental health issues in the U.S., Canada and Europe, where therapy (which can include medication), counseling, support networks, prescriptions and organizations are accessible to help people, says Galgotia.

A lack of awareness and guidance about what kind of help to seek also inhibits many from looking for help. Jitesh Dholakia, a former student at a top Indian engineering college, was a victim of such a dilemma. The 23-year-old suffered a nervous breakdown in his final year two years ago, which forced him to quit his studies. It was only when a friend persuaded him to see a psychiatrist that Dholakia sought treatment. He is now on the path to recovery.

"First, it was denial. 'How could something be wrong with me?' Later, it became 'how do I explain what is wrong?' The sheer lack of vocabulary around mental health prevented me from reaching out to anyone. While there's plenty of literature available on physical ailments, mental health is still not written or talked about enough in developing countries," says Dholakia.

India's changing social dynamics have increased pressures on vulnerable people. The exponential growth of nuclear families and the departure from many homes of elderly parents, grandparents, aunts and uncles, who lent emotional support to youngsters based on their wisdom and experience, is now missing. 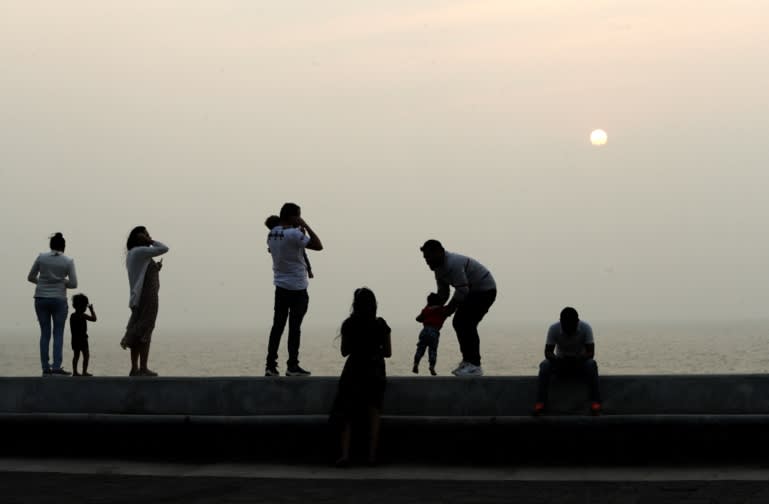 India’s changing social dynamics, such as he exponential growth of nuclear families and the departure from many homes of elderly parents, grandparents, aunts and uncles, have increased pressures on vulnerable people.   © AP

The impact of social changes on mental health would have been considerably lessened, say experts, if the country had a robust health system in place. But India's health budget outlay is an abysmal 1.6% of gross domestic product, which compares poorly with other Asian countries. Singapore, for example, invests 4.4% of GDP in health, Malaysia 4.7%, Thailand 9.6%, Japan more than 10% and China 12.6%, according to national economic statistics.

India's 2017 Mental Healthcare Act makes access to good treatment and care mandatory, but the low level of investment in health has resulted in a low ratio of medical staff to patients. According to the WHO, there are just 30 psychiatrists, 12 nurses, seven psychologists and seven social workers for every 10 million Indians, compared with its recommended minimum of 300 for each category.

The prohibitive cost of therapy has further eroded people's outreach to experts. In most cities, private practitioners charge $30 to $40 for a 40-minute counseling session -- many of which may be needed alongside expensive prescription drugs. This makes treatment inaccessible for most in India, where average per capita income is just $1,876 a year, according to the International Monetary Fund.

The mental health problem has been exacerbated by the coronavirus pandemic, which has led to a significant uptick in the number of depression cases. According to Covid-19 Blues, an online survey conducted by the Bengalore-based Suicide Prevention India Foundation, suicide ideation, self-harm and relapses have all surged.

Surveys from past pandemics also reveal a direct link between mental health issues and the number of suicides. The influenza outbreak in 1918-19, for example, pushed up suicide rates in the U.S., and in Hong Kong, suicides among people age 65 or above rose during the Severe Acute Respiratory Syndrome outbreak in 2003, according to the U.S. National Center for Biotechnology Information.

"The post-COVID landscape will exacerbate cases of chronic stress, alcohol dependence, and substance abuse. If left unaddressed, their impact can be irreversible and transgenerational, leaving behind an entire generation of youths suffering from tendencies of self-harm," says Nelson Vinod Moses, founder of the SPIF.

Private practitioners have reported an increase in client numbers in recent months, propelled by factors such as forced isolation, fear of the virus, financial insecurity, joblessness, domestic violence and rising anxiety, according to doctors interviewed by Nikkei Asia.

"People have had the time to introspect while staying at home for months. Problems they weren't aware of earlier came to the fore. New relationship dynamics have emerged with the family living in close proximity during the lockdown. Domestic violence cases have also seen a dramatic rise. All these factors have driven many towards therapy," says Galgotia.

Voluntary organizations have stepped in to help the distraught. A slew of health apps have been launched by startups, including YourDOST, Wysa and Mfine, all of which offer psychological and psychiatric help online. Some private therapists have also taken to Facebook and Instagram (for example, @awkwardgoat3; @words.of.a.psychologist) to post helpful and engaging content about mental health.

What India lacks, though, is a concerted, national-level campaign, or mental health programs and suicide awareness initiatives to sensitize people. Social reforms too, can go a long way in addressing such issues. Support networks within families and among friends can help to destigmatize mental health issues, while the government can help by providing more accessible resources, says Verma.

"For the disturbed, I have only one piece of advice -- give up your inhibitions and go for therapy," says Khatri. "It helps create a bond between the caregiver and seeker. It can empower you and help you achieve your goals, and have more fulfilling relationships and better health too. It is your only shield against a dreaded but preventable problem."