'It's for my family': Parents struggle to keep children fed amid country's multiple crises 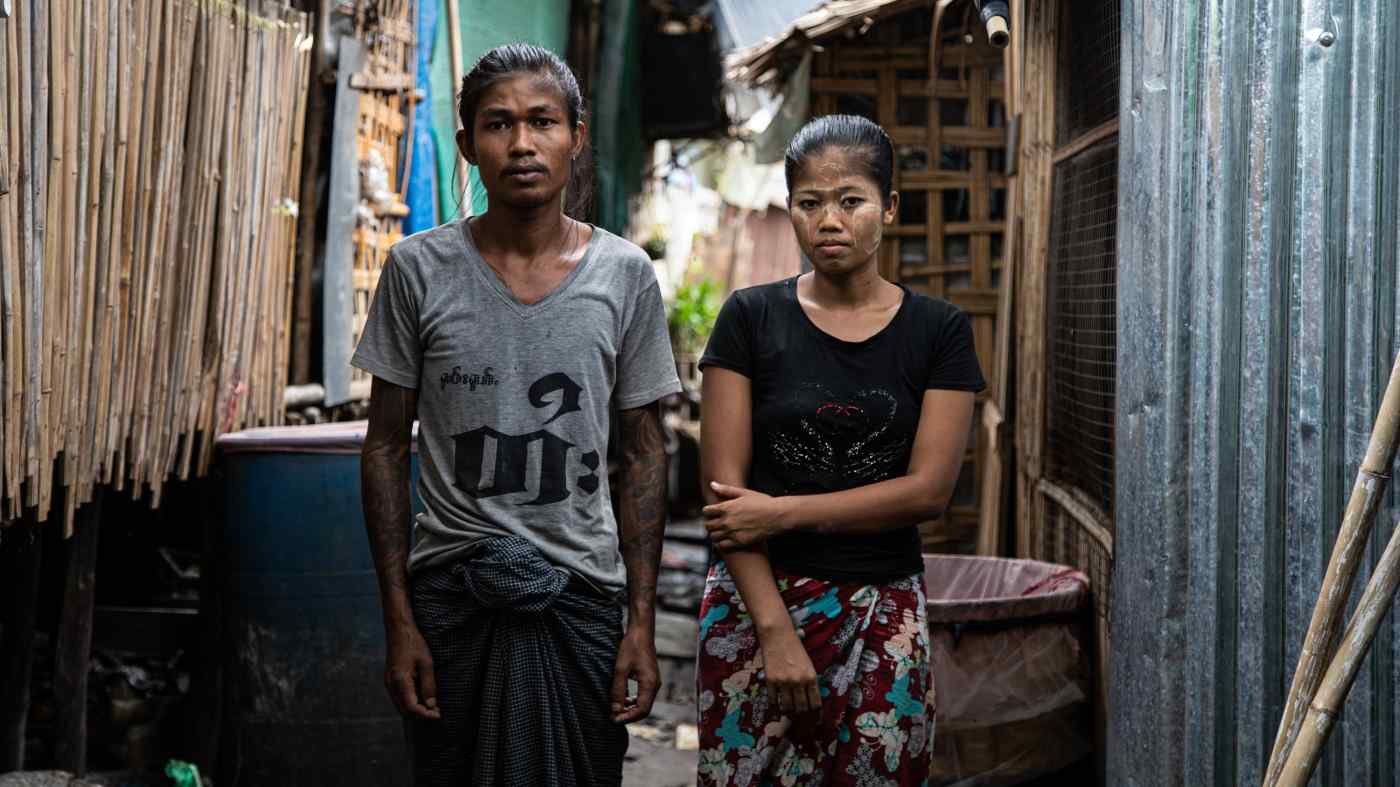 Ko Min, left, and his wife Ma Moe. Together with their two young children, they live in this poor district on the outskirts of Yangon. Ko Min was a bricklayer but lost his job when construction sites closed due to recent civil unrest. (©WFP Myanmar/2021)
August 11, 2021 08:00 JST | Myanmar
CopyCopied

YANGON -- Hunger is rising across Myanmar amid multiple crises -- job losses, spiraling food and fuel prices, civil unrest, violence and displacement. More and more families, particularly those living in impoverished townships and periurban areas, are struggling to put even the most basic food on the table. Parents are resorting to coping strategies, such as borrowing money or taking up high-risk jobs, just to feed their children and keep themselves afloat.

In April, the World Food Program estimated that 3.4 million additional people could face hunger in the coming months, on top of the 2.8 million people who were already unable to meet their food needs before 2021. In response, a new, large-scale urban food operation was launched in May, through which WFP aims to reach at least 2 million people in Myanmar's biggest cities, including Yangon and Mandalay. Among the neediest are mothers, children, people with disabilities and the elderly. The United Nations agency is also planning to help those newly displaced by violence in other regions and sustain support for 360,000 internally displaced and otherwise vulnerable people in Rakhine, Kachin and Shan states affected by conflict in previous years.