Australian research raises hope of breakthrough in fight against infections 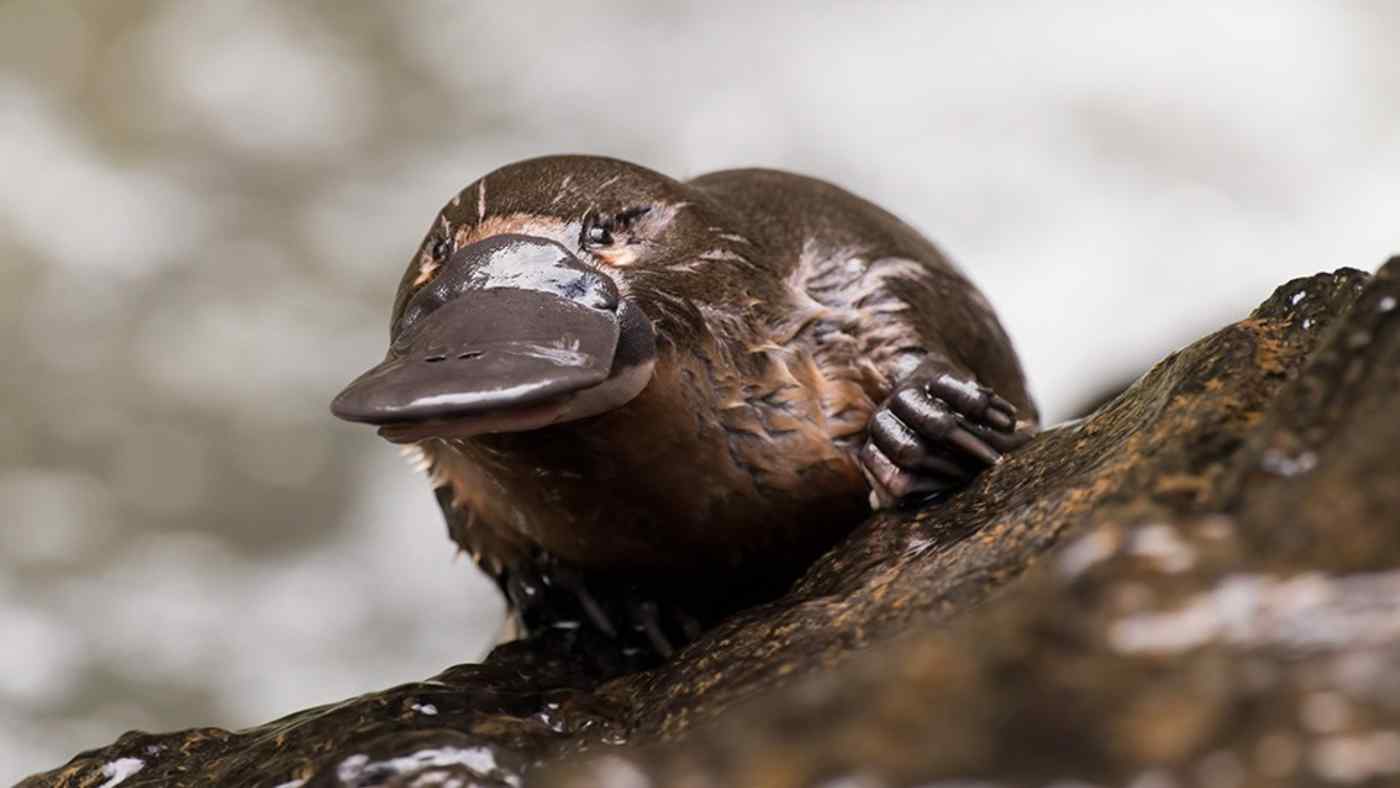 Australian scientists are investigating the medicinal properties of milk from the platypus, an egg-laying mammal found only in parts of Australia. (Courtesy of CSIRO)
GEOFF HISCOCK, Contributing writerNovember 16, 2020 08:30 JST | Australia
CopyCopied

SYDNEY -- Australia's platypus is an animal so strange it would not be out of place in a "Star Wars" cantina -- an egg-laying mammal with the bill of a duck, the tail of a beaver and a unique way of nurturing its young by excreting milk through its belly like sweat.

Australian scientists believe this primitive lactation method, where a newly hatched platypus must lick milk directly from its teat-less mother's belly, delivers a "miracle milk" with high levels of nutrition and immune protection.

After more than a decade of research, Julie Sharp, senior research fellow at Deakin University's Institute for Frontier Materials at Geelong, 70 km southwest of Melbourne in Victoria State, believes replicating platypus milk's antimicrobial qualities for humans could offer new hope for premature babies and in treating drug-resistant infectious diseases that kill millions of people every year.

The challenge ahead for Deakin University and its industry partner, a small Victorian biotechnology company named Cytomatrix, is to create functional products such as bandages, creams, injections and supplements in a commercial setting. The need is there according to the World Health Organization, which says that many bacteria -- the so-called superbugs -- are now resistant to antibiotics used to combat infectious diseases such as hepatitis, malaria, dengue fever, cholera, pneumonia and tuberculosis.

Sharp has spent 12 years studying the properties of milk from the platypus and the four species of echidna, which is the world's only other monotreme -- mammals that lay eggs and have a single opening for both the urogenital and digestive systems. All are found only in Australia and New Guinea. The platypus is a small, shy animal that makes its home in burrows on the banks of freshwater streams and rivers.   © AP

"When the young of the platypus are born, they are very underdeveloped -- you could call them extreme premature babies," Sharp told Nikkei Asia. "They have no immune system, so in their embryonic form they need protection. They get that from the milk. All the necessary factors for their development -- be it of lungs, eyes or brain -- are delivered by their mother's milk."

Sharp said the platypus was the most "ancestral" version of all mammals, diverging from the mainstream many millions of years ago. "Everything in its milk is there for a reason, and it has been like that for more than 160 million years."

When the first reports of the weird and wonderful animal known as the duck-billed platypus reached European scientists from Australia in the late 18th century, they treated the accounts with skepticism. How could such a mammal exist, with venomous spurs on the male's hind legs, and a female that laid eggs?

English naturalist George Shaw, who reviewed a specimen of the platypus and wrote the first detailed description in a 1799 volume of "The Naturalist's Miscellany"' for the Royal Society of London, noted that, "at first view, it naturally excites the idea of some deceptive preparation."

Two centuries later, the skepticism has given way to scientific excitement at the medicinal possibilities that may exist in platypus milk. "We know that the proteins in platypus milk are designed to be digested," Sharp said. "That is the beauty of it -- if it works for monotremes and promotes their development, then it could have applications for human babies."

The Deakin team's aim was to identify the factors in the milk that are important to the development of the young platypus, added Sharp. "If we can successfully and safely add that to baby formula, it would be an exciting step."

She said such a product was a possibility within five years, though funding would determine the speed of any product development. Deakin University is a shareholder in Cytomatrix, which was set up by a former Deakin medical scientist, the late professor Mark Kirkland, who died in 2018.

Sharp said the global outbreak of COVID-19 had slowed the team's commercialization plans, but "in 2021 we aim to push ahead with our development work."

The story of "miracle milk" from a timid and vulnerable little animal that must cope with continual human encroachment on its habitat in Australian rivers and streams goes back about a decade, when university researchers in collaboration with Australia's national science agency, the CSIRO, discovered something unique about platypus milk.

Five of the top 20 proteins in the milk were found nowhere else, and one of those had antimicrobial properties that acted against two common antibiotic-resistant bacteria, staphylococcus aureus (golden staph) and enterococcus faecalis.

The next step was to determine the structure of the protein and to see if it could be replicated in a laboratory setting. By 2018, using the Australian Synchrotron particle accelerator in Melbourne, the researchers found the protein had a highly unusual structure -- a three-dimensional ringlet-style fold.

"There is no other structure like this," Sharp said. Named the Monotreme Lactation Protein, researchers informally call it the "Shirley Temple fold" after the distinctive hair ringlets of the late U.S. actor, Hollywood's biggest box-office child star in the 1930s. 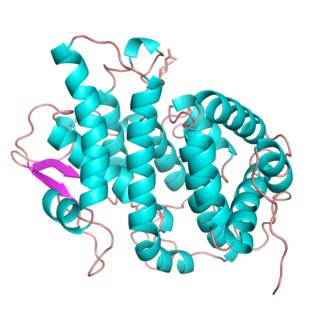 Australian scientists dubbed the structure of a unique protein in platypus milk the "Shirley Temple fold." (Courtesy of CSIRO)

The Deakin team has been working on building short polymer fibers into bandages and injections. "When we make these polymer fibers we include the protein. The fibers are biodegradable, so as they break down, the protein is released," added Sharp.

The platypus is hard to breed in captivity, but the Deakin researchers have been able to maintain a steady supply of platypus milk by working with conservation groups in Victoria and the state of New South Wales that collect samples from lactating females in the wild. "I have a freezer full of milk from across the lactation scale. We can replicate individual proteins, so I don't have to rely on the natural milk," said Sharp.

The platypus is endangered in some parts of Australia, and is vulnerable to a range of outside influences, including loss of habitat from human encroachment and attacks from predators such as foxes, feral cats, snakes and large eels. A 2016 estimate by the International Union for Conservation of Nature put the number of platypuses in Australia at between 30,000 and 300,000. That high level of uncertainty reflects the difficult task of counting the shy animal, which the IUCN classes as "near threatened."

Separately from Deakin, the University of New South Wales in Sydney is leading a platypus monitoring project that aims to create a baseline of knowledge about its habitat quality and status. It says there is an urgent need for a national risk assessment for the animal.

Professor Richard Kingsford, director of UNSW's Center for Ecosystem Science, said that along with habitat loss, a study launched in May this year would cover factors such as water availability and quality, and the availability of food (platypuses eat insects, worms and freshwater crustaceans).

If Sharp's team and Cytomatrix are able to bring platypus-based medical products to market, the rewards could be significant. The global antibiotics market was worth about $45 billion in 2018 and is likely to grow to $62 billion by 2026, according to a report in early February 2019 by Grand View Research, a U.S. market research company. The report noted that the rising prevalence of infectious diseases, especially in developing regions such as the Asia-Pacific and Middle East, was expected to contribute to market growth.

In addition, the global infant formula market, including specialist formula for premature babies, was valued at about $50 billion last year and could double to more than $100 billion by 2027, according to projections in August by Fortune Business Insights, an Indian market research unit.