Prayers of a transgender Indonesian

One Muslim's decadelong effort to embrace differences while keeping the faith

YOGYAKARTA, Indonesia -- A woman trapped in a man's body.

Reconciling this gender-bending reality from most cultural perspectives can be, at the very least, a small leap of faith. But in predominantly Muslim Indonesia, it can be a chasm almost impossible to cross. Yet some try.

"Being transgender is not a sin," said Shinta Ratri with conviction, adorned in red lipstick, pink eye shadow and a purple hijab. We visited Shinta in Yogyakarta to find out how she and other nonbinaries cope in a culture with strictly defined gender norms.

Shinta's home sits on a narrow alley about half an hour by motorcycle from the city center. It looks no different from the house next door. But for the last 10 years it has served as a spiritual anchor for transgender Indonesians like her.

"When I go to public mosques and start praying, people next to me suddenly stand up and leave," she said. "It hurts terribly." Shinta fixes her makeup at home in Yogyakarta, Indonesia. Shinta's home, where many from Indonesia's transgender community gather to pray and learn 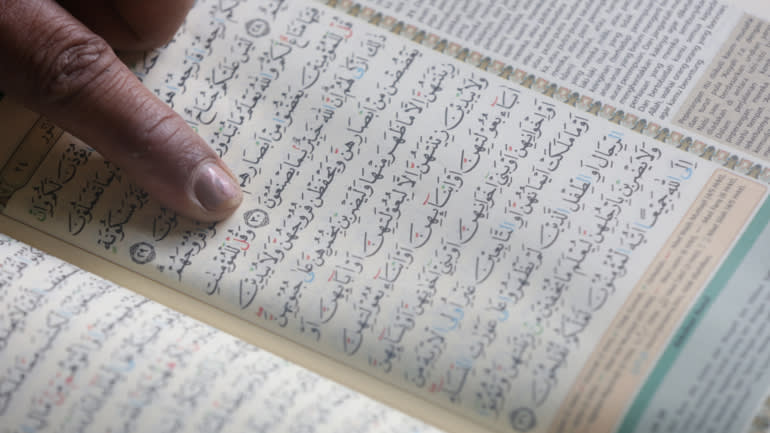 Shinta points out a passage in the Quran that describes men who do not desire women. "This is precisely transgender," she said. Discussions at Shinta's house focus not only religion, but also on business projects.

And hers is a pain that never goes away. In 2016, an Islamic group staged a demonstration near Shinta's home, threatening her such that she had to stop the gatherings. But four months later, she resumed.

"If we could change the way we are by our own will, who would want to continue enduring hardship to be transgender?" Shinta said, a reference to Islamic belief that body and soul are bestowed by Allah.

In Indonesia, being transgender typically means being shunned by families from childhood. As a result, many do not receive a proper education, eking out livings as street musicians, sex workers or in other sketchy occupations. 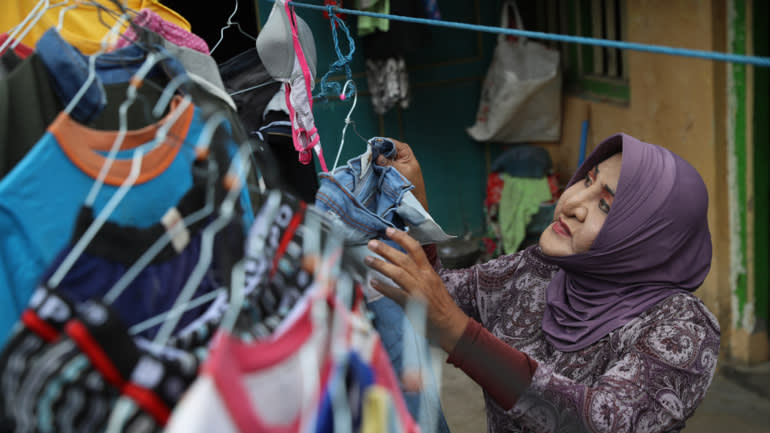 Shinta brings in her laundry. But this is changing. Sessions at Shinta's home now often involve plans for starting new businesses to break free of stereotypes. When Nikkei visited, a lively discussion with a group of Christians was underway about a new business project. Little by little, Indonesia's transgender community is beginning to have a sense of purpose, and its presence, less an inconvenience.

"I want as many people as possible to get to know about us," Shinta said. "I hope the day will come when anyone can pray together at the same place without feeling uncomfortable."