Burqas remain scarce, for now, but female workers are largely stuck at home 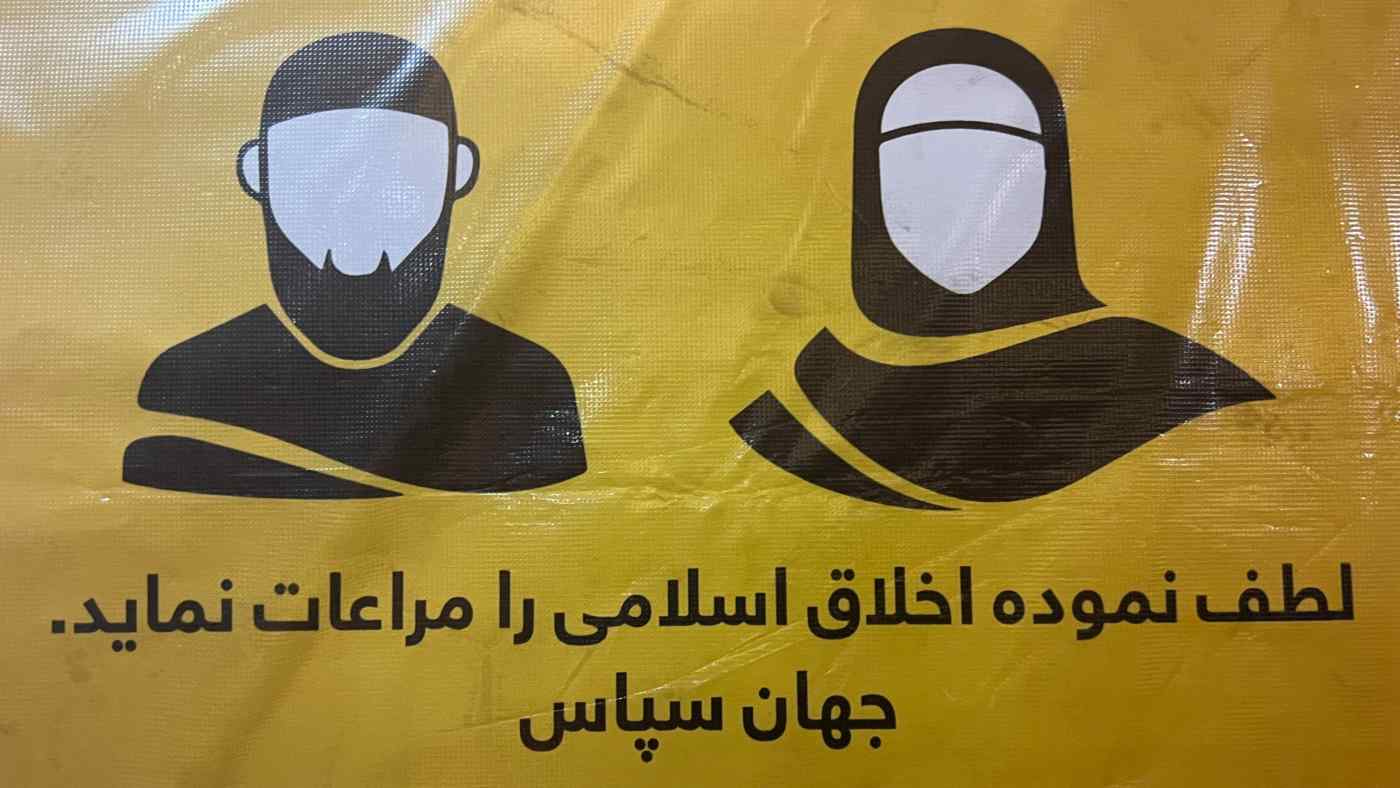 A sign in a Kabul cafe explains the new rule: compulsory beards for men and hijabs for women -- but not everybody complies. (Sara Perria)
SARA PERRIA, Contributing writerFebruary 4, 2022 08:00 JST | Afghanistan
CopyCopied

KABUL -- As a defense lawyer in Kabul, Aaina Nazar largely refused to represent members of extremist groups such as the Afghanistan affiliate of the Islamic State group, but helped women who wanted to divorce Taliban fighters. Threatened by both groups, she never gave up the law.

Since the restoration of the Taliban government in 2021, however, Afghanistan's courts have closed and women have been largely removed from the workforce. "It's always been challenging to be a woman in Afghanistan, but now I'm afraid; I can't even sleep," says Nazar, whose real name is being withheld by Nikkei Asia to protect her safety.