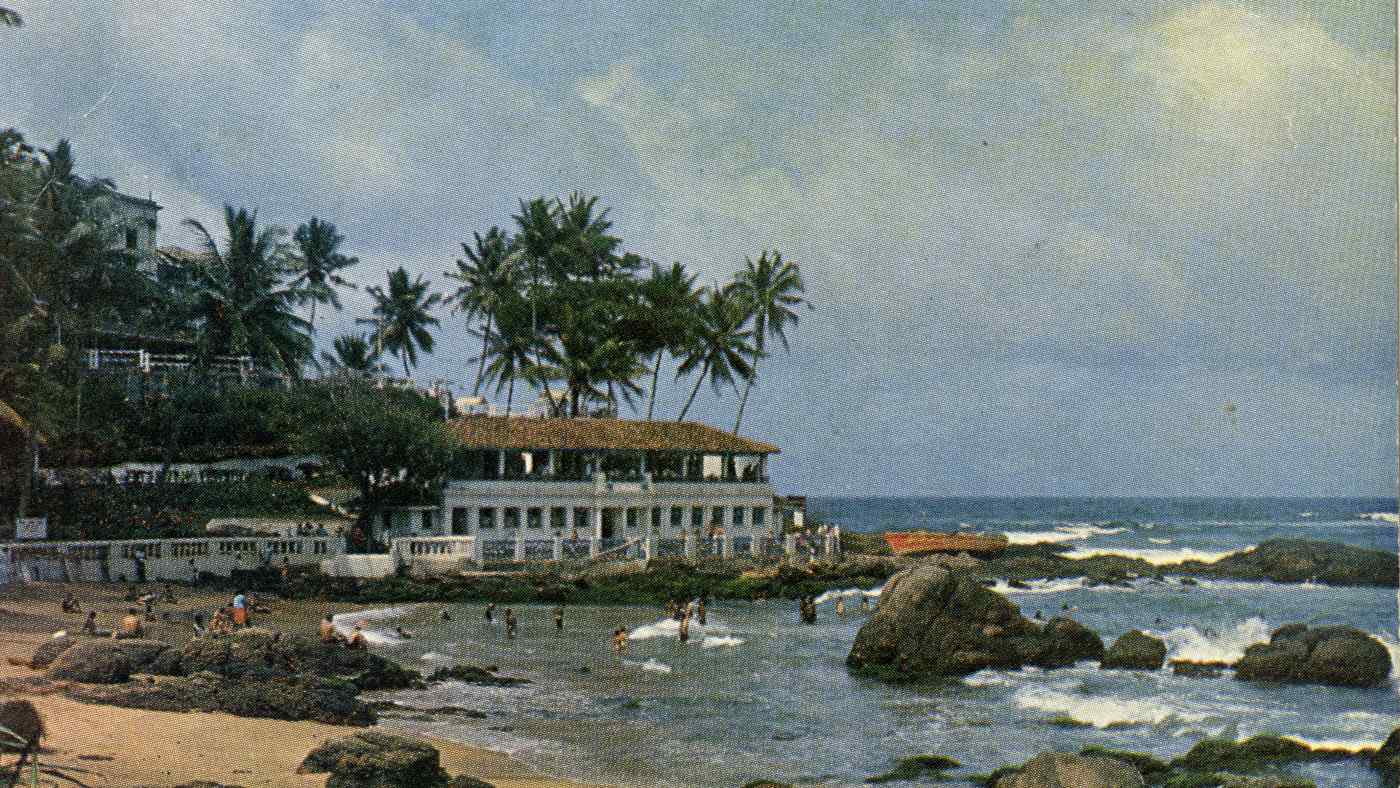 Colombo's Mount Lavinia Hotel in the 1960s. One of Asia's legendary colonial hotels, it was managed by the author's father through the political upheaval of the 1970s. "It was a turbulent time, much of which my father spent in remand and jail." (Photo courtesy of Razeen Sally)
RAZEEN SALLY, Contributing writerNovember 19, 2020 08:00 JST | Sri Lanka
CopyCopied

Foreign visitors have for centuries rhapsodized about Sri Lanka, or Ceylon as it was called until 1972: its seashores and landscapes, its governing religion, Buddhism, and its majority ethnicity, the Sinhalese.

Hermann Hesse, visiting in 1911, called it "Paradise island with its fern trees and palm-lined shores and gentle doe-eyed Sinhalese." Two decades later, George Bernard Shaw thought Ceylon "India without the hassle." Well over a millennium earlier, Arab traders called the island Serendib, the origin of "serendipity," which the Oxford English Dictionary defines as "the occurrence and development of events by chance in a happy or beneficial way."