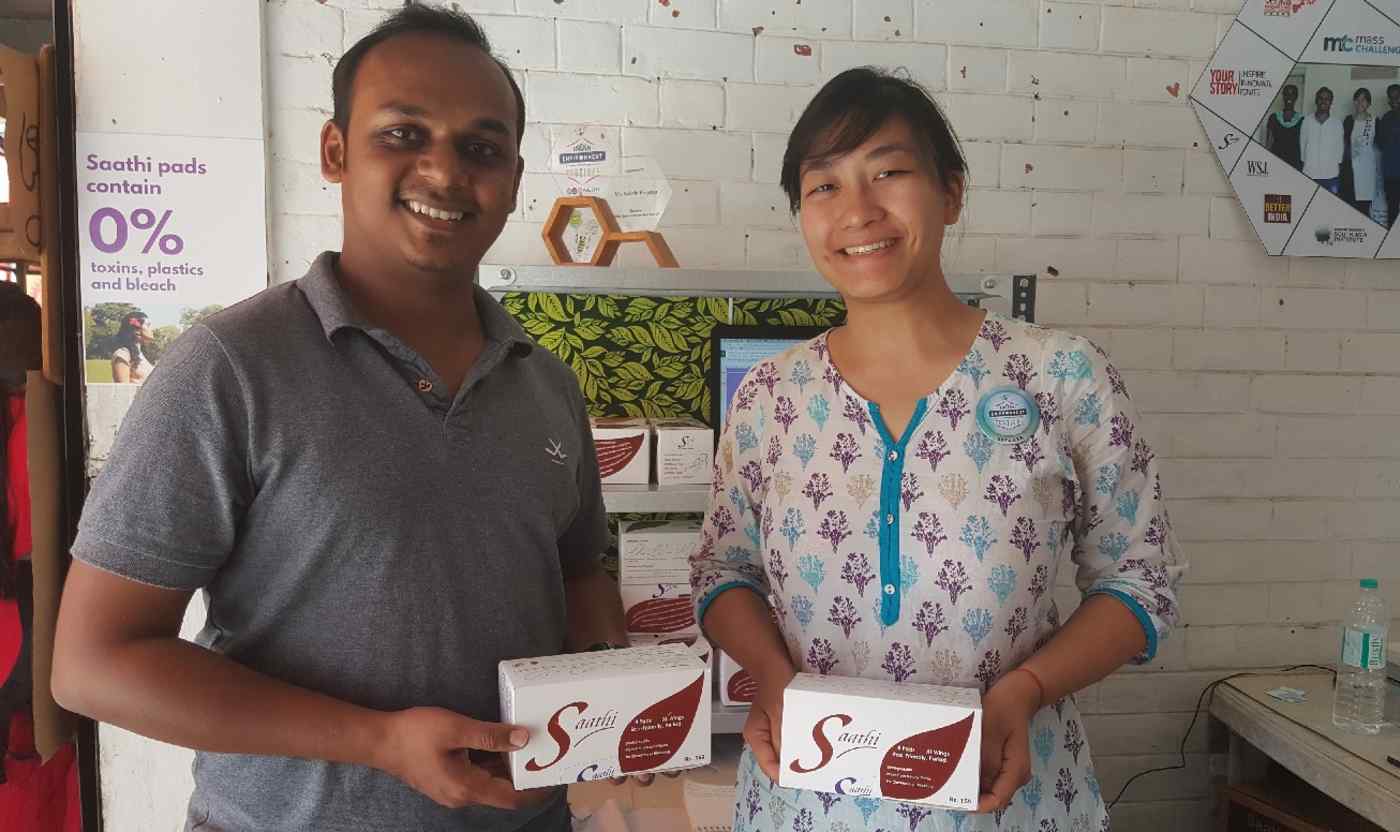 SILIGURI, India -- "My daughters shall not lead my life," said Binita, shredding pine wood pulp with her fingers. She meant two things: They will not be driven into prostitution, and they will enjoy better feminine hygiene.

Binita, a mother of three school-age daughters, recently gave up plying her trade in Kolkata's Kalighat red light district after more than 15 years. She is one of 12 women engaged by New Light, a local nongovernmental organization, to make compostable sanitary pads under the brand name Anandi as part of a project called Mukti, meaning "liberation."

Production has just begun, and the pads are being tested for quality before they go on sale. "It shall take some practice for us to get the perfect pads," said Binita (not her real name). Like many struggling women in India, Binita has mostly used old rags and discarded cotton saris when mentrating. In rare cases, women use fine sand, sawdust, husks or even leaves. For these women, sanitary pads are for use only on special occasions, if they can afford it.

Anandi is the brainchild of Jaydeep Mandal, the 31-year-old founder and managing director of Aakar Innovations, which manufactures sanitary pads using natural pulp and fiber.

"These pads, while being eco-friendly and affordable, adhere to the [requirements of the Indian] Bureau of Standards in terms of absorbency, retention, softness and moisture content, which makes them comparable to those made by global companies," he said.

Anandi pads are made of imported pine wood pulp, but Mandal said he plans to use domestically-grown bamboo, water hyacinth and jute in the future, and has applied for patents for these products. "The idea is to make use of geography-specific naturally-available materials singly or in unique combinations to make pads that are completely compostable," he said.

Mandal said he has helped to set up 35 manufacturing sites for Anandi pads around India, collaborating with local NGOs such as New Light, and is negotiating a deal to set up a further 600 units in Gujarat State. Outside India he has sold three units in Kenya and one each in Uganda and South Africa, and is testing the waters in Rwanda, Tanzania, Nepal and Bhutan. In rural markets, his Anandi pads have been selling at 40 rupees ($0.61) for a pack of eight, but the price is scheduled to fall to 30 rupees before the end of April. Mandal said the price has been kept low to wean users away from non-biodegradable sanitary pads that are similarly priced.

The Mumbai-based social entrepreneur said he has also met with potential partners aiming to set up units in tea plantations in Darjeeling and neighboring Dooars. "Tea gardens employ a huge number of women as laborers, and our pads can be particularly of interest in closed estates," he said.

Aakar Innovations sells machines to partners, who run the production sites with local women. So far, about 500 women, including Binita, have come into the fold. "It is a livelihood opportunity for these women, while promoting better menstrual hygiene," said Mandal.

However, Aakar Innovations is not alone in this new market. In February, a group of graduates from the Massachusetts Institute of Technology soft-launched biodegradable pads made from banana fiber, under the brand name Saathi Pads. The launch, in Ahmedabad, the largest city in Gujarat, marked the first urban sales of the pads, which were piloted in Jharkhand, a largely rural state in eastern India.

"These pads are very absorbent," said Amrita Saigal, co-founder and chief financial officer of Saathi Pads. "If you bury these pads, they completely disintegrate within six months. You can even burn them."

The makers of Anandi and Saathi pads are also working on composting processes that could provide for systematic disposal of menstrual waste by converting it into useful bio-waste. While Aakar Innovations is working on home-based composting units, Saathi Pads is planning village-wide stations.

Saigal said Saathi has been manufacturing up to 100,000 pads a month. "We are planning to significantly increase that capacity (at least 10 times) over the course of this year," Saigal said, adding that the company will target trade shows and expositions all over India, and has plans to sell directly online.

Saathi pads cost five rupees apiece in rural markets. Prices for urban areas will be decided before the product's official launch in April or May, Saigal said. At the Ahmedabad launch they sold for 159 rupees for a box of eight.

Only about 16% of menstruating women in India use modern sanitary pads, according to Saigal, who said she realized the size of the market while working for Proctor & Gamble in 2009 as an automation engineer, designing equipment.

"I realized that sanitary pad was a huge problem in India, and was the reason for higher dropout rate among schoolgirls. That made me wonder how I could use my mechanical engineering skills to develop a product and a manufacturing process to address this issue," she said.

Down To Earth, an Indian development, environment and health magazine, estimates that nearly 432 million pads weighing 9,000 tons -- enough to cover more than 24 hectares -- are disposed of every month in India. However, Saigal and Mandal both said that the lack of disposal systems was one of the main reasons why women eschew sanitary pads in India.

"Some girls wrap it in newspapers and dispose of them, but because of the smell, stray dogs sniff and take them out and rip them apart. That becomes a huge problem because it (menstruation) is such a taboo topic, and the sight of used pads lying about could be scandalous," said Saigal.

Mandal said he had encountered the same problem in Afghanistan. "The lack of a disposal system discouraged women from using pads even when they were available, and affordable, he said." Saathi and Anandi both started by producing non-biodegradable pads; Anandi made them until last year.

Both eco ventures are mostly funded by government grants, although Aakar Innovations has also raised some seed money and is looking for equity investors to help it to expand. "We want to launch in the urban markets nationwide soon. We are also looking at producing home-composting solutions. Eventually, we intend to diversify into tampons, maternity pads and baby diapers," said Mandal. 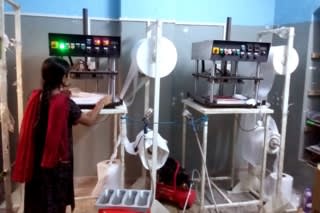 There are several other startups working in the field of eco-friendly menstrual hygiene in India. Ecofemme and Goonj make cloth pads, and there are at least three Indian companies manufacturing and selling menstrual cups -- reusable products, usually made of silicone, that collect menstrual fluids.

"There is a lot of talk around the period, and that makes me happy," said Arunachalam Murugunantham, hailed variously as "Period Man," "Menstrual Man" and "Padman," and soon to be immortalized in a Bollywood feature film.

More than 1,300 of his machines are in operation in India and abroad, enabling groups of women to make money from manufacturing hygienic menstrual products. Murugunantham refuses to sell his innovation to companies seeking profits.

Meanwhile, Binita said she is waiting impatiently for the trial-phase of pad production to finish so that sales can begin. "It's going to be a new life -- a 'mukti' not only from a life of oppressions, but also from old rags; for me, my daughters and others like us," she said.