Saudi Arabia tries to come in from the cold 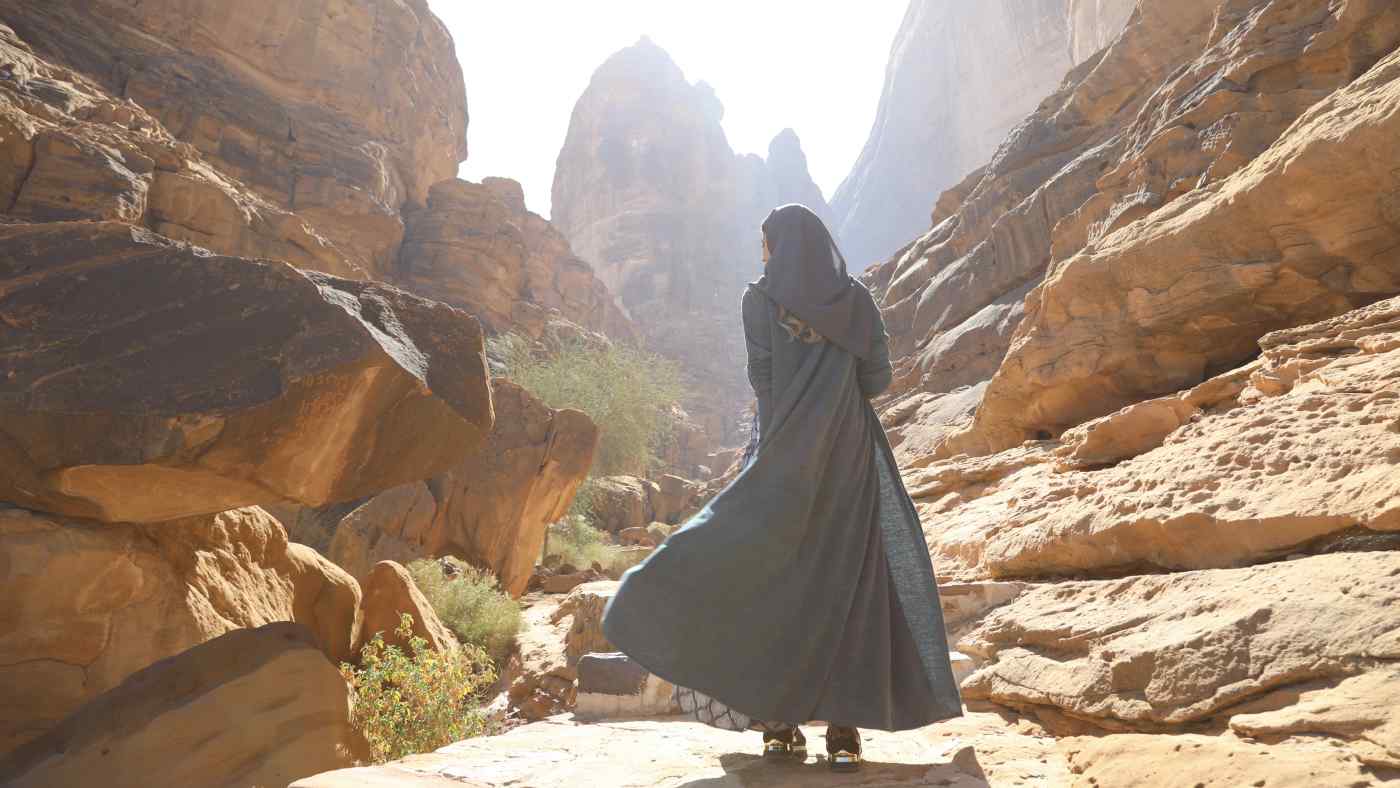 SINGAPORE -- As COVID-19 vaccination programs roll out across the world, tourism-dependent countries are feverishly hoping that visitors will return to their cleaner-than-ever shores from sometime this year.

One such country is Saudi Arabia, a repressive regime that was previously off-limits to international leisure travelers but now has ambitions to be the world's fifth most-visited destination by 2030. It may be hard to imagine this unlikely newcomer to global tourism outdoing a very affable Italy -- the current titleholder with 65 million visitors in 2019 -- but then stranger things have happened.

Signs are aplenty that the kingdom is ramping up its "Open Hearts/Open Doors" policy that was launched in September 2019 but was stymied by the pandemic. Saudi Tourism Authority has kicked off its first-ever video and outdoor global marketing campaign, "Welcome to Arabia, A Journey You've Never Imagined," which will air in more than 30 tourist markets in North America, Europe, Asia and the GCC, ahead of international flights restarting on May 17 after a yearlong ban due to COVID-19.

The cornerstone of the campaign will be an online 90-day tourist visa application service available to 49 countries -- including China, Japan, the U.K. and the U.S. -- enabling foreigners to explore the country, with only the two holy cities of Mecca and Medina remaining off-limits to non-Muslims. Before, the only visas available for visitors to Saudi Arabia were for pilgrimages, business travel and other commercial purposes.

Part of its Vision 2030 plan that aims to reduce its reliance on oil, many skeptics will view the kingdom's 360-degree pivot to embrace tourism as part of an attempt to cover up human rights abuses, as well as rehabilitate the country's image in the wake of the brutal murder of Saudi journalist Jamal Khashoggi in Turkey in October 2018.

On Friday the U.S. released a previously classified intelligence report that stating that Crown Prince Mohammed bin Salman approved the plan for Saudi operatives to assassinate Khashoggi, an outspoken critic of the regime, who was killed and dismembered at the Saudi consulate in Istanbul.

Still, for travel junkies such as Wendy Min, who works at a China online travel group based in Shanghai and got an earful from friends after visiting Saudi Arabia in January last year, politics and tourism don't mix. "They told me it's unethical to visit some countries, that it goes against the rules of being a traveler," said Min. "I dislike it when people who have never been to a country tell me with confidence don't go there because it's evil. I've been to North Korea, Iran, Sudan and other places they consider naughty.

Saudi Arabia was the 89th country Min has visited after she added it to her travel bucket list years ago when she saw a photo of the Al-Ula Elephant Rock. Boasting spectacular rock formations, ruins, monumental tombs and an old town, Al-Ula is Saudi Arabia's answer to Jordan's famous Petra.

International tourists can also expect to be hearing more about Diriyah, a town located on the outskirts of Saudi's capital city Riyadh, and is famous for its traditional mud-brick architecture.

Much like what Dubai has done in turning a desert into a tourism playground, the Saudi Tourism Authority is piling up more new ways to attract visitors.

Last November it clinched a deal to host a Formula One Grand Prix Night Race. The inaugural race will be held on a street circuit in Jiddah in November, before moving to a dedicated circuit in Qiddiya, an entertainment mega project that is being built in Riyadh. Phase one of Qiddiya is expected to open in 2023 and will include a Six Flags theme park that will field the world's fastest, tallest and longest roller-coaster ride.

But the crown jewel of Saudi tourism plans is the Red Sea Project, which will have its own airport to bring passengers to an archipelago of 90 resort islands on the west coast, with the first phase -- including 14 luxury hotels -- set to open in 2022.

Despite all the feel-good marketing, for people wanting to break free after months of pandemic lock-downs and travel restrictions, Saudi Arabia, where wearing shorts or kissing in public can land one in jail, may not be the first choice. Top: A not-so-subtle message in Saudi Tourism Authority’s marketing campaign is that women are welcomed, even celebrated. Bottom: The 500-seat Maraya Concert Hall in Al-Ula, at 9,740-square-metres, is the world’s largest mirrored building. Artists including Andrea Bocelli and Lionel Richie have performed there. (Photos courtesy of Visit Saudi)

"I don't think novelties or unknown places are the first choice for people after the pandemic," said Stephan Roemer, founder of Tourasia, a Swiss tour operator. "People would rather go back to places they know and love."

Public displays of love, even holding hands, are frowned upon in Saudi Arabia, according to an etiquette guideline for visitors on the Saudi e-visa website. Many restaurants offer a section for families and another for bachelors. Single women often eat in the family section. Alcohol consumption is prohibited.

Of late, however, the kingdom has eased some restrictions. Female tourists are no longer expected to wear a headscarf and an abaya cloak. Unmarried men and women can now share a room, and Saudi women are now permitted to drive. And all women, including Saudis, can check into a hotel on their own.

Min says she wore a headscarf out of respect even though the hotel said she needn't. "I walked around on my own and people were friendly and eager to know where I'm from. I didn't feel uncomfortable at all," she says.

Fahad Alobailan, vice president for retail-consumer travel of Seera, a Saudi-listed group that provides travel services, believes that misconceptions about Saudi Arabia will fade with time.

"We are expecting foreign tourists to arrive this year, although it may be not as many as we expected before the pandemic, as it still depends on their own COVID-19 situation and travel restrictions," said Alobailan, adding that he is receiving a lot of interest from overseas travel planners keen to bring their clients to Saudi Arabia, especially from Russia and China, and niche operators in the U.S. and Europe.

"Saudi Arabia is used to welcoming many different nationalities in Hajj & Umrah all the year and every year, providing them with world-class hospitality," said Mohammed M.S. Binmahfouz, founder and CEO of Jeddah-based Umrahme Business, an online travel agency catering to pilgrims.

With close to 13 million visitors to Saudi Arabia in 2019, according to Statista, Saudi's goal of receiving 100 million visitors by 2030 seems ambitious, but its status as an unexplored frontier is expected to win it some favoritism for tour operators desperate to offer new destinations. 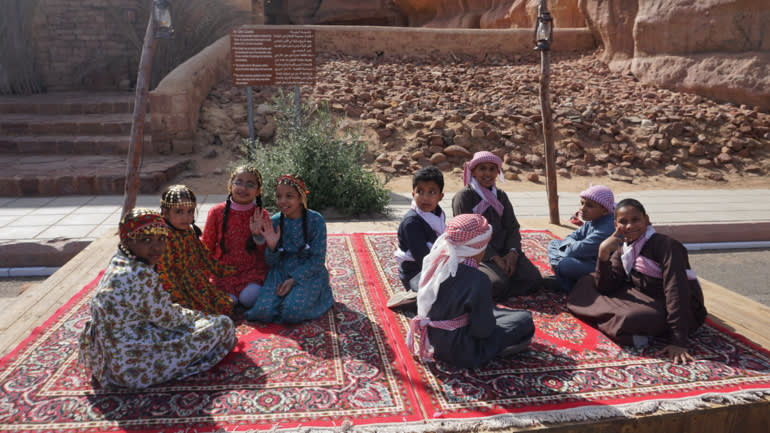 Chinese travel junkie Wendy Min, who works at an online travel group based in Shanghai, says she copped an earful from after visiting Saudi Arabia in January last year. ""I dislike it when people who have never been to a country tell me with confidence don't go there because it's evil. I've been to North Korea, Iran, Sudan and other places they consider naughty," Min said (Photos by Wendy Min)

Both the World Travel & Tourism Council and the United Nations World Tourism Organization have embraced Saudi Arabia, providing consultancy and training programs to help the country fast-track its goal. If there are reservations about visiting Saudi Arabia, they tempered by arguments that tourism is a force for good, helping and inspiring the world to learn from one another.

"It's the client's choice, if the client wants to go, of course I will consider featuring Saudi Arabia," said David Kevan, a director at Chic Locations, a niche luxury travel company in the U.K.

"Britain sells arms to Saudi, and that keeps thousands of U.K. citizens in jobs. It may not be ethical but little is," said Kevan. "To say yes to arms but no to tourism is hypocritical. Malaysian and Indonesian Muslims may not like what is happening in Myanmar or China, but that does not stop them from visiting."

While Saudi Arabia remains closed to Israeli citizens, it has lifted the ban on travelers who have previously visited Israel and have an Israeli passport stamp in their passport.

"This could signal the beginning of a change in policies," says the e-visa website in a section on how to travel to Saudi Arabia after visiting Israel. "Some reports suggest that Saudi Arabia may soon open its doors to at least Israeli Arabs. In the future, it is possible that all Israeli citizens will be able to visit."

Let's see how far tourism can go in being a force for good in Saudi Arabia.