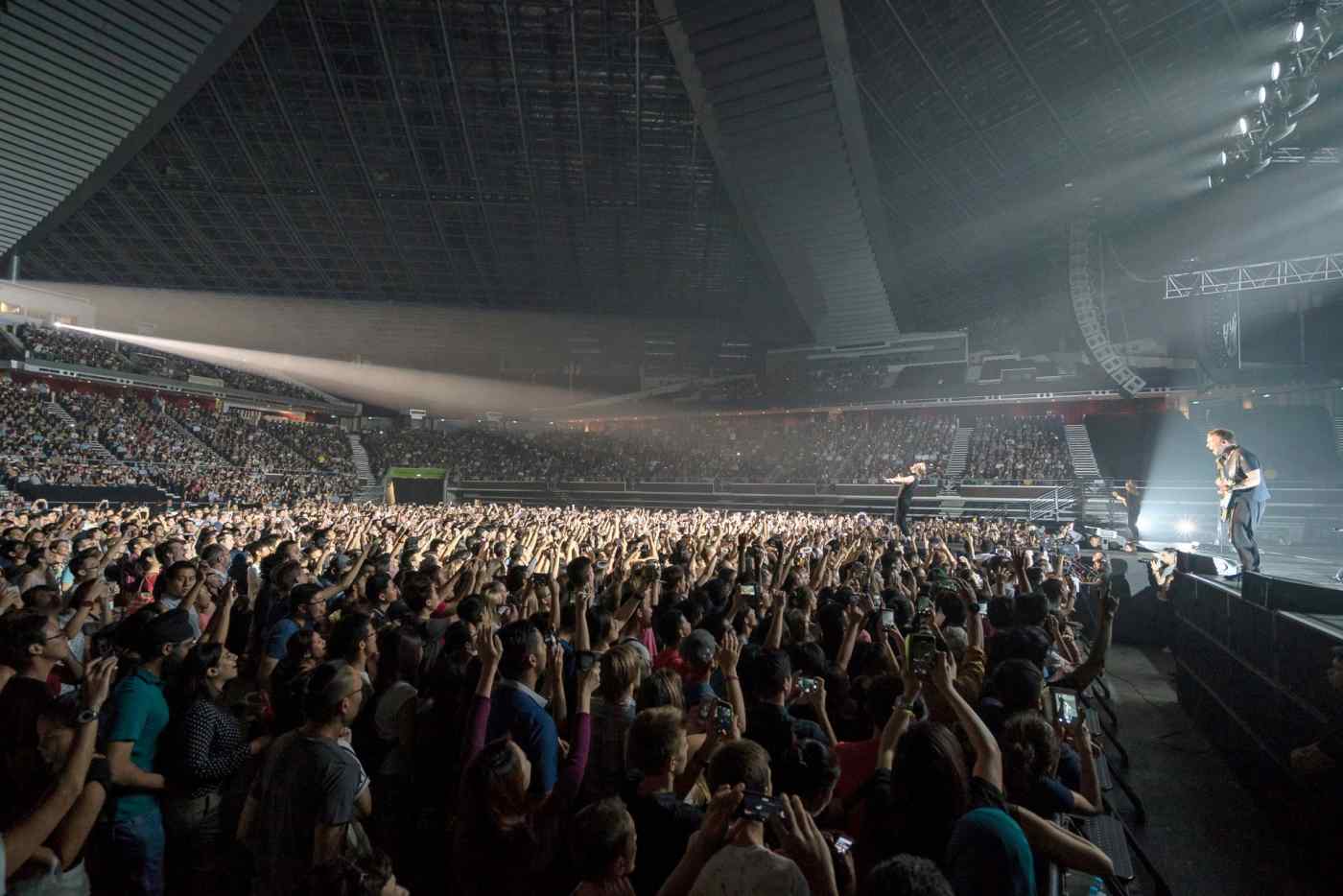 SINGAPORE -- Efforts to make over Singapore into an entertainment destination in Southeast Asia are paying off, as shown by the chart-topping musicians touring the city-state and the fans who follow them here.

All 100,000 tickets to a Coldplay concert here this coming April sold out in just two hours last November. Tickets for a second concert added four days later went just as fast. The British rock group will perform at the National Stadium, the city-state's largest performance venue, which was completed in 2014 and holds a maximum of 55,000.

The turnout for Coldplay is even larger than what Michael Jackson once drew here, said Stella Soong, marketing manager of concert organizer Lushington Entertainments.

Singapore is on the small side for a major metropolis, with a population of just 5.5 million including expatriates. But residents are not the only fan base for concerts hosted here. Malaysia, Indonesia, Thailand and other nearby countries are also key target markets. A third of those going to see Coldplay reportedly hail from outside Singapore. Shows last year by artists including Madonna and Kylie Minogue and also drew many foreigners.

The shift toward concerts and other trappings of the experience economy is afoot throughout Southeast Asia. Going abroad for experiences is becoming the thing to do among the growing demographic of middle-class youths, Soong said. Singapore has the advantage of easy access as a major airport hub in a region with many low-cost carriers.

Off to the races ... and the casino, and the art gallery

Singapore used to have a reputation as a well-managed yet boring place. But the Formula One races that began here in 2008 helped put it on track to becoming an entertainment capital.

It made news as the first city to host a Grand Prix night race. Nighttime performances in conjunction with these races have featured such big names as Beyonce. Singapore is also a multiyear host for Women's Tennis Association finals.

This all owes to a decade of government infrastructure spending aimed at making Singapore an arts and entertainment hub, said Lawrence Chong, CEO of brand consultancy Consulus. Casino gambling is legal at two integrated resorts that opened in 2010 and offer hotels, entertainment and other amenities.

Along with the National Stadium, Singapore also built such other public venues as the renovated Victoria Theatre and Concert Hall and the National Gallery. The number of hotel rooms jumped 40% between 2009 and 2015.

The city also has a reputation as a safe place to hold events. But with the appreciation of the local currency, costs are climbing.

Meanwhile, the middle classes are rising in surrounding nations. "Manila, Bangkok and other cities have become tour stops for big Western artists," said Izumi Asakawa, vice president of the Singaporean arm of Japanese talent agency Amuse. To maintain its momentum, Singapore will need new ways to draw millennials and other visitors.