Starred Bangkok eateries struggle with too many customers BANGKOK -- The first Michelin guide for Bangkok, the vibrant Thai capital known as a gastronomical paradise in Southeast Asia, has produced some surprising effects on the city's gourmet scene.

Most of the restaurants recommended by the century-old arbiter of exceptional cuisine have seen, unsurprisingly, a surge in customers. But some starred local restaurants are feeling overwhelmed by the sudden wave of attention generated by the honor, with one chef even reported as saying she wants to give the star back.

Areas around the Grand Palace, a complex of buildings at the heart of Bangkok that has been the official residence of the country's kings, bustle with long-established local restaurants in the traditional townscape.

One of them is Raan Jay Fai, a Thai food eatery that has been awarded one Michelin star.

The street food venue is thronged daily with locals and tourists, mostly attracted by its star dish, a 800-baht ($25) crab omelet prepared in an iron pan by Jai Fai, the 72-year-old woman who owns the place and always wears her signature goggles while cooking. Raan Jay Fai was popular even before it received Michelin's approval, despite its relatively high prices. Now, it poses a huge challenge for customers' patience. Sometimes, you have to wait for as long as four hours to get a seat in the restaurant.

As the lines of customers waiting to get in has lengthened, plastic chairs for them have been placed in the small alley where the restaurant is located.

Since Jay Fai is the only cook, you may have to wait for more than an hour at the table before your first dish arrives.

After about one month of working without a break to serve over 200 groups of customers daily since the guide came out, Jay Fai, who was initially enthralled by the "lifetime reward," seems drained.

She has been forced to drop some items from the menu, including time-consuming deep-fried dishes.

"I thought that Michelin was just a tire company," said Jay Fai while cooking in her kitchen. "I didn't know that it was such a famous guide."

The huge spurt in popularity has also attracted some unwanted attention to the eatery. Officials from the Revenue Department have reportedly started visiting the place frequently to check the sales ledger for tax collection.

A local newspaper report quoted her as saying, "I wish I could give the star back already," triggering debate on the upsides and downsides of winning Michelin stars.

Bangkok is the second city in Southeast Asia to be chosen for the dining guide after Singapore.

Three restaurants in the Thai commercial center have received two Michelin stars each and 14 others have been awarded one star.

In unveiling the guide for Bangkok, Michelin Guide international director Michael Ellis said: "The selection today showed just how dynamic and exciting the food scene is in Bangkok." Tourists from China, Europe and the U.S. have shown a strong interest in the guide, according to Ellis.

Michelin's endorsement translates into global recognition that can serve as a powerful magnet for international tourists.

Being listed in the guide in the category of "Bib Gourmand" for good and affordable restaurants has been a boon to Thipsamai Phad Thai, a Pad Thai stir-fried rice noodle restaurant on the same street as Jay Fai. 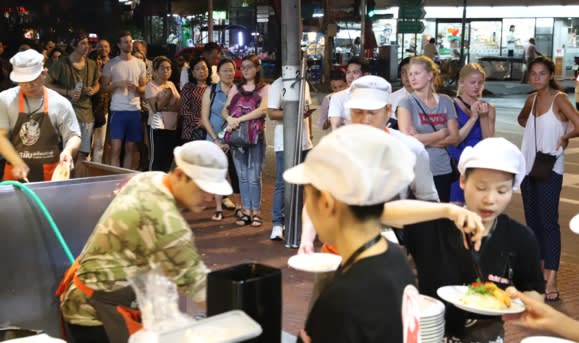 Every day, a long line of waiting customers forms outside the eatery.

The restaurant has established an efficient assembly line like cooking system to avoid forcing customers to wait a long time for their orders to arrive. A new air-conditioned room was added several years ago to more than double the table floor space.

Its interiors are decorated with articles about the restaurant from both domestic and foreign media, and there is a corner for souvenirs. The restaurant is clearly eager to attract even more tourists. 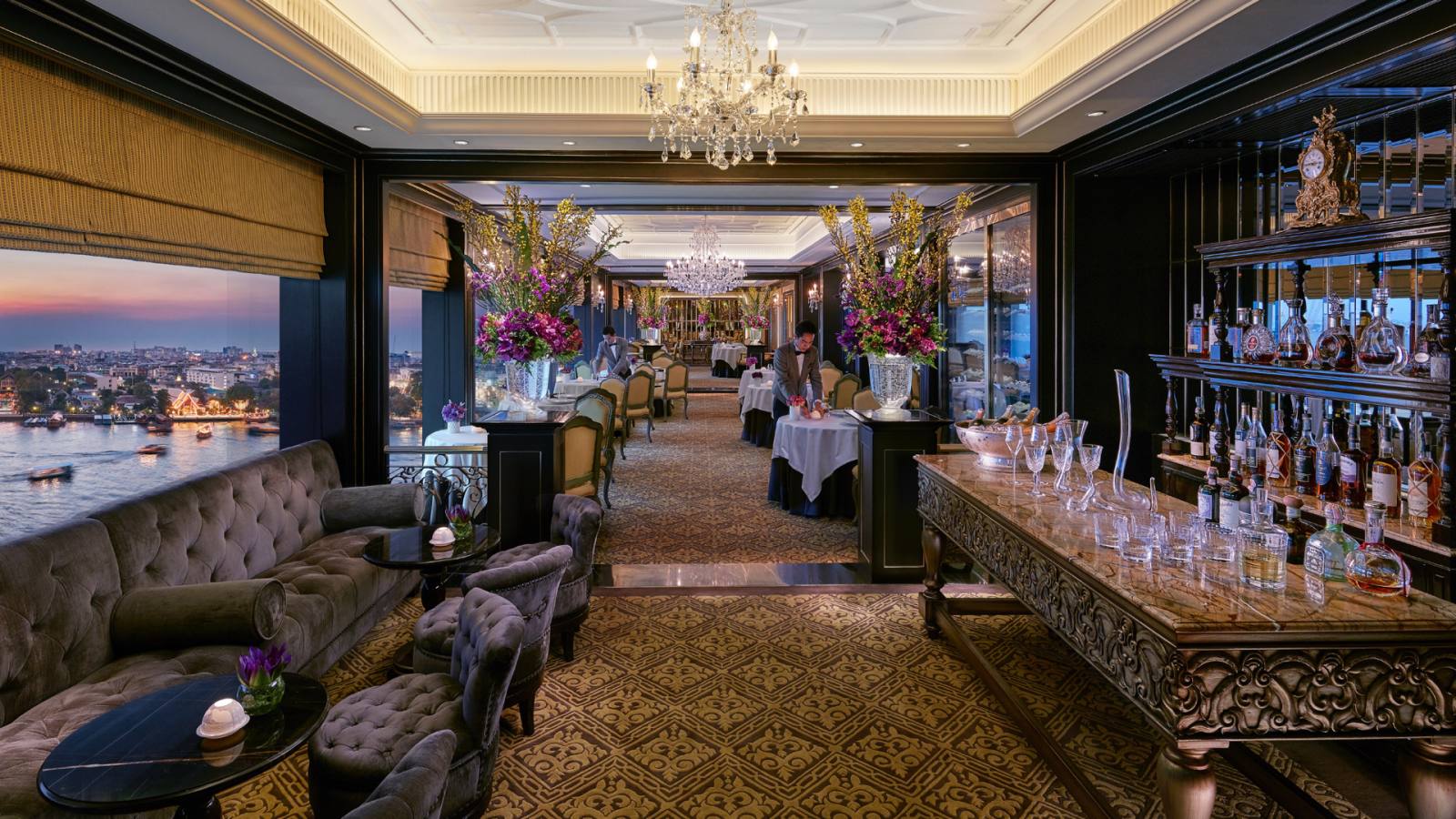 But Gaggan Anand, the 40-year-old chef-owner of Indian restaurant Gaggan, is another person struggling with too much attention.

When his restaurant was honored with two stars, Anand was all smiles at the commendation ceremony. Since his establishment was considered as a strong candidate for Michelin endorsement, he admits that he felt relieved as well as excited.

But Anand plans to close his eponymous restaurant in 2020, and hopes to spend the last year making dishes without paying attention to ratings. To do so, he intends to decline any awards in the final year.

Bangkok's restaurant-goers are also facing some unwelcome changes. With Jay Fai now attracting so many customers, one Thai blogger laments she cannot visit the place as often as she used to.

The Thai capital is becoming one of the most competitive markets for restaurants in Southeast Asia.

There are nearly 20,000 registered eating places in the city, according to statistics from the Bangkok Metropolitan Administration, ranging from noodle stands selling 30-baht bowls of noodles to high-end Italian and sushi restaurants where foreign chefs offer varieties of haute cuisine.

The city's thriving food scene is supported by strong demand for eating out. Thais are the fourth most restaurant-loving people in the world after Hong Kongers, Taiwanese and Malaysians, according to Nielsen, the market research firm.

In a 2016 survey by the firm, 22% of Thai respondents said they ate out at least once a day, compared with the global average of 9%.

Restaurant spending in Thailand is growing due to urbanization and rising living standards.

Many restaurants in Bangkok are striving to add luster to their reputation by winning awards, entries into guidebooks and thumbs-up from popular bloggers. The first Michelin Guide Bangkok has only fed this gastronomic boom.

But intensifying competition is also causing a shakeout in parts of the restaurant industry. A survey by the Japan External Trade Organization found that the number of Japanese restaurants in Thailand fell in fiscal 2017.