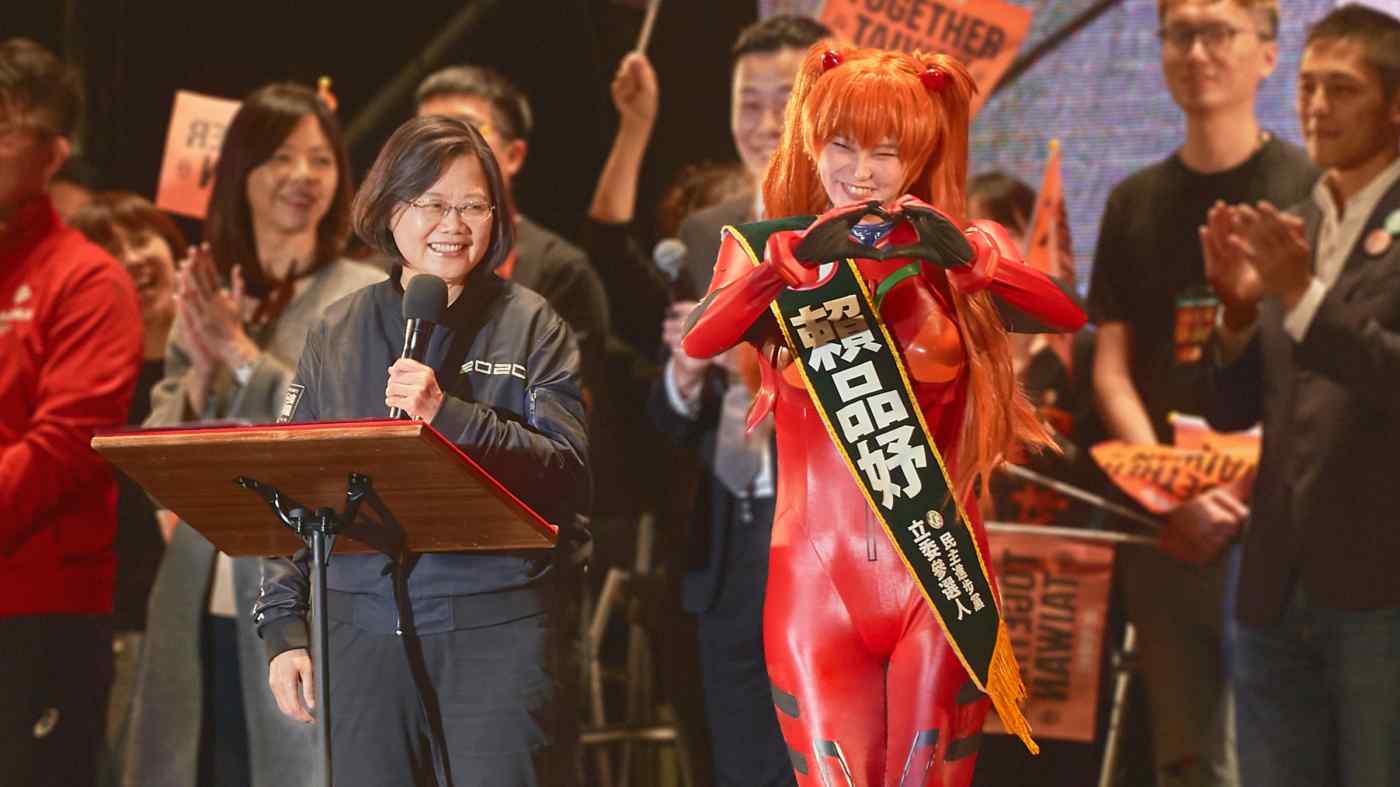 TAIPEI -- Taiwan's president, Tsai Ing-wen of the Democratic Progressive Party, took a break from her reelection campaign in late December to stump for a coalition of young progressive legislative candidates known as the Front Line. Donning a black bomber jacket at the center of a crowded stage, Tsai expressed her support for Lai Pin-yu, a 27-year-old DPP candidate standing at her side, smilingly describing her as "dressing differently than traditional candidates."