Taiwan's chocolate is making a sweet impression on global consumers 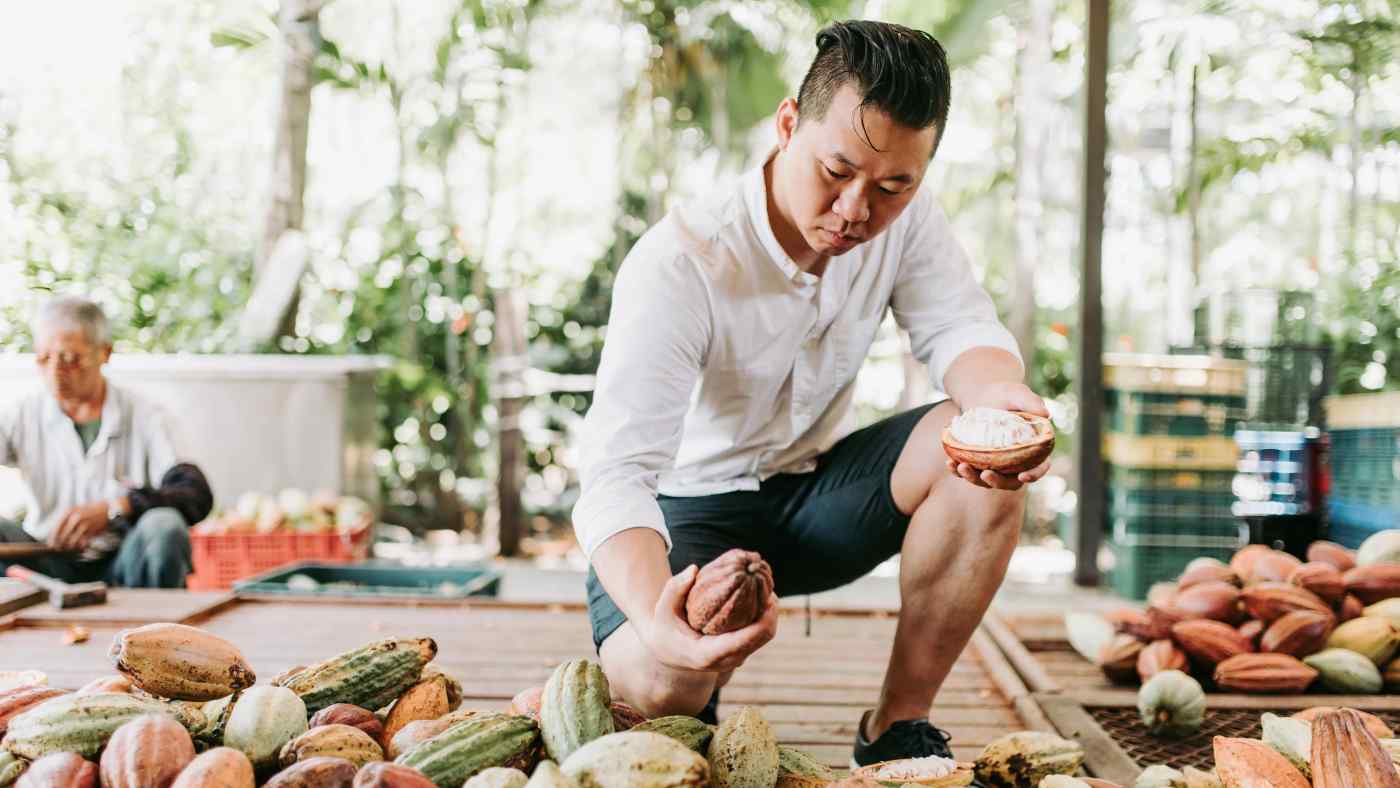 In its heyday from the late 1980s to the mid-1990s, the areca nuts alone brought him 800,000 New Taiwan dollars ($26,700) to NT$1,500,000 per hectare of land. Over the years, prices of the nuts plunged two-thirds from their peak in the mid-1990s to today. Betel nuts are blamed for causing some of Taiwan's leading cancer types, while areca plantations contribute to soil erosion, increasing the risk of landslides and water pollution.

"In the good old days, one single betel nut was worth a kilogram of eggs," says Chiu.

Some betel nut farmers tried but failed to replace that income by planting coffee or even durian under towering areca nut palms. It was finally cocoa trees that worked in the early 2000s. The palms' 10- to 15-meter span perfectly shields delicate cocoa trees from typhoons and excessive sun exposure. While cocoa trees normally grow within 20 degrees north and south of the equator, these performed well a little outside that.

Taiwan's cocoa history started under Japanese colonization in the 1920s when businessman Taichiro Morinaga, founder of Japan's first modern candy company, attempted to plant Indonesian varieties of cocoa. The war ended his dream and Taiwan ceased to plant cocoa for decades until the 2000s. 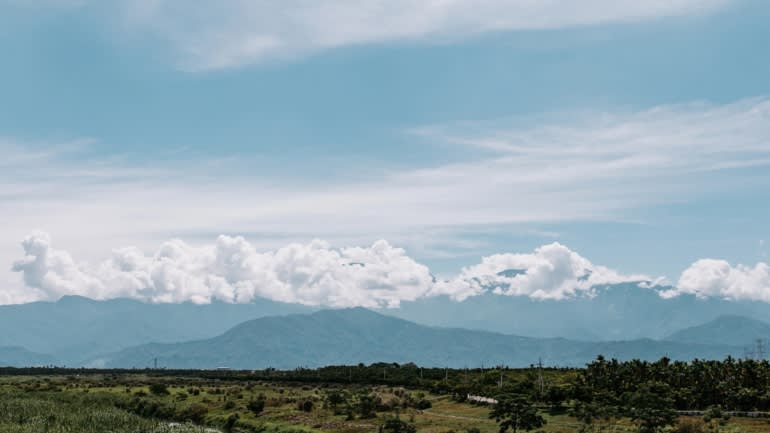 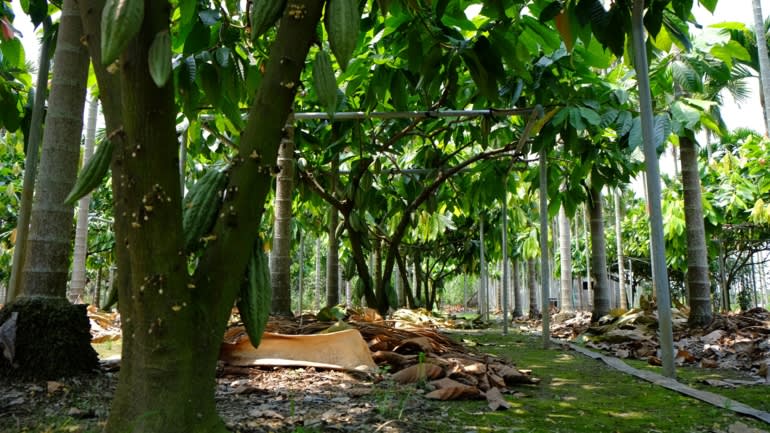 Top: Pingtung is cocoa country, with 300 local farmers tending 200-250 hectares of land. (Courtesy of Fu Wan Chocolate) Bottom: Most of the cocoa trees in Pingtung are grown under areca palms to protect them against excessive sunlight and typhoons. (Courtesy of Fun Farm)

While dozens of countries now grow cocoa, only a small group produces it to the level of fine wine or specialty coffee with exquisite flavors, experts say, and Taiwan is not fully there yet.

Koji Tsuchiya, a pioneering Japanese chocolatier who also runs the Musee Du Chocolat Theobroma in Shibuya, Tokyo, points out that unlike in Latin America, Taiwan's cocoa trees are largely hybrid varieties grown from seeds possibly purchased in Malaysia and Indonesia. Top: A Pingtung farmer cracks open cocoa pods. Bottom: The fleshy white layer of pulp that covers the coveted beans is left on during the fermenting process, an essential part of turning raw cacao into chocolate. (Courtesy of Fu Wan Chocolate)

"Most local farmers in Taiwan don't know the roots of their cocoas," he says. "The land co-growing areca is not fertile enough and there is damage from typhoons. It's basically an area where the temperature is slightly insufficient."

Nevertheless, he adds, careful mating with quality cultivars can still yield premium cocoa in the region.

In Taiwan, the beans' flavors are milder than their tropical counterparts. They can taste from a tinge of hazelnut, orange, honey and coffee to guava, longan, litchi and flower, with an aftertaste lasting 30 minutes or longer, according to Warren Hsu, CEO of Fu Wan Chocolate, Taiwan's leading chocolate brand. It sources beans from over 130 local farmers.

But Taiwan's cocoa industry encounters a slew of challenges. Most of its cocoa trees cannot be classified into common varieties like Forastero, Criollo or Trinitario, and this affects how chocolate makers can process their beans. 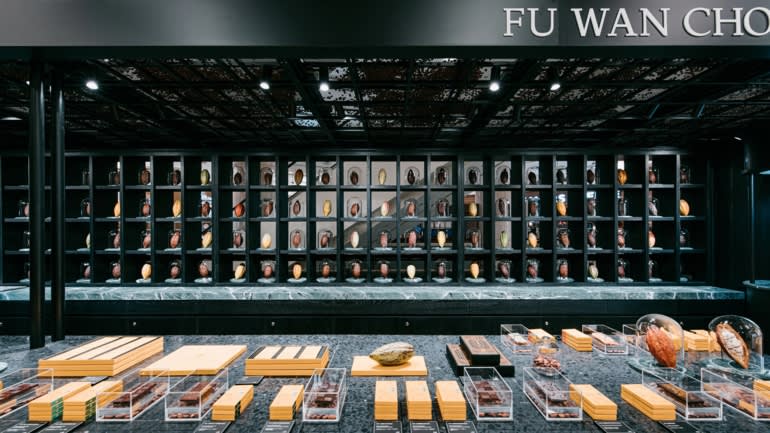 The challenge of classification is aggravated as a large number of local cocoa trees are cross-pollinated by some species of mosquitoes and flies instead of being propagated through grafting, the most common method in Latin America, the Caribbean, West Africa and parts of Asia, says Huang Wan-lun, whose previous career was in administration related to cultural exchanges with China at a Taipei university.

A lack of varietal classification impacts yields too, as they are beyond farmers' ability to forecast. Meanwhile, Huang says that a shortage of large-scale cocoa-processing facilities hampers Taiwan's production capacity.

But production may pick up in the next two years as most trees will enter the prolific three-to-six-year-old period, Fu Wan's Hsu points out. 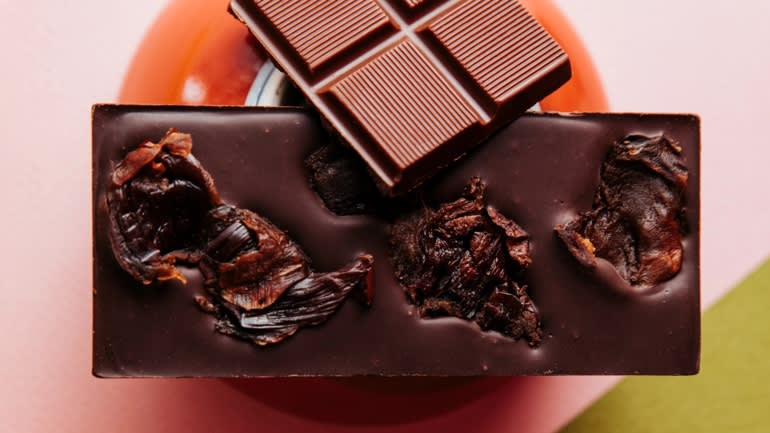 To tackle the classification problem, the agriculture ministry is working with Huang, also director general of a farmers' cooperative in Pingtung, on cocoa genome sequencing, hoping to classify trees and cultivate the most flavorful, pest-resistant, high-yielding and cocoa butter-rich varieties compatible with local terroir.

Low production aside, beans are expensive because of Taiwan's high labor and land costs, plus local chocolate brands' reluctance to source beans without compensating farmers equitably -- which obviously has its positive aspect, too.

From a buyer's perspective, Tsuchiya does not view Taiwan as competitive in the international cocoa market for now, citing the price of its grade 2-3 beans -- US$26 per kilogram -- against the superior grade-4 beans from Vietnam and Madagascar beans, quoted at US$4-$6 per kilogram. This is on top of Taiwan's bean varietal and quality problems. 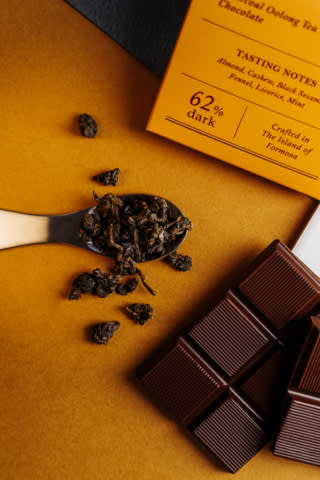 Taiwan's chocolatiers are gaining recognition overseas thanks to creative offerings, such as this chocolate made with Taiwanese Tieguanyin oolong tea. (Courtesy of Fu Wan Chocolate)

Through trial and error, Taiwan is developing a business model for its own cocoa. "Taiwan is unique in that it's essentially a developed country growing a crop that in most other cases is grown in developing countries, where improvements to quality can be difficult to manage," says London-based Martin Christy, head of the grand jury of the International Chocolate Awards.

"If you are a chocolate maker in France working with cacao in the upper Amazon in Peru, asking for changes to [how you process the beans] can be slow work. ... But a Pingtung farmer more or less grows cacao in the city, meaning quality and the understanding of flavor can improve much faster in Taiwan."

Over the past three years, some of Taiwan's farmers and chocolate brands have been expanding beyond its shores.

Taiwan garnered seven gold, 26 silver and five bronze medals at the International Chocolate Awards World Final in 2019, and Fu Wan was also the "Best in competition overall winner" in the plain/origin dark bar categories. "Fu Wan really understood how to use sugar to open up the acidity of the cacao, taking you on a journey of spice, wood, cinnamon, into raisin, plum, molasses, tamarind and finishing with peach," says Christy.

Trophies have helped Fu Wan to sell bars to the Musee Du Chocolat Theobroma in Tokyo, San Francisco, Ireland, Australia and Hong Kong, and to London's Cocoa Runners chocolate subscription service at its priciest level. The brand will lure chocolate lovers to its bars during Valentine's Day in mid-February by showcasing them in Japanese department stores. 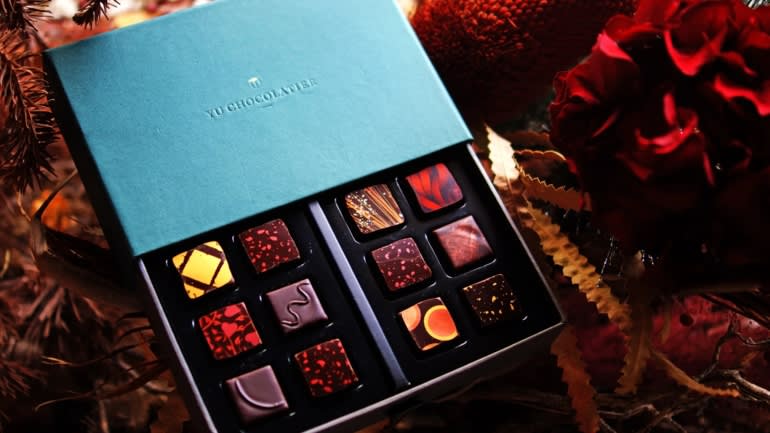 For Taiwan's cocoa farmers, Japan is a major export market, albeit in small quantities of one or two tons to a customer at a time. Overly large orders are a problem, beyond farmers' production capacity even with a concerted effort. But they can expect to gain traction by riding on the success of Taiwanese artisan chocolatiers expanding overseas.

Cheng Yu-hsuan, a Taiwanese chocolatier trained at the Ferrandi cooking school in Paris, is opening a chocolate and pastry shop there this year, initially adding Taiwanese ingredients to high-quality chocolate he can get in Europe. Later he plans to more extensively source cacao beans from Taiwan. He hopes to redefine Europeans' perception of "Asian flavors."

"Japan has been successful in inspiring Europeans to understand and appreciate all sorts of its flavors," Cheng says. "But Asia has a lot more to offer."