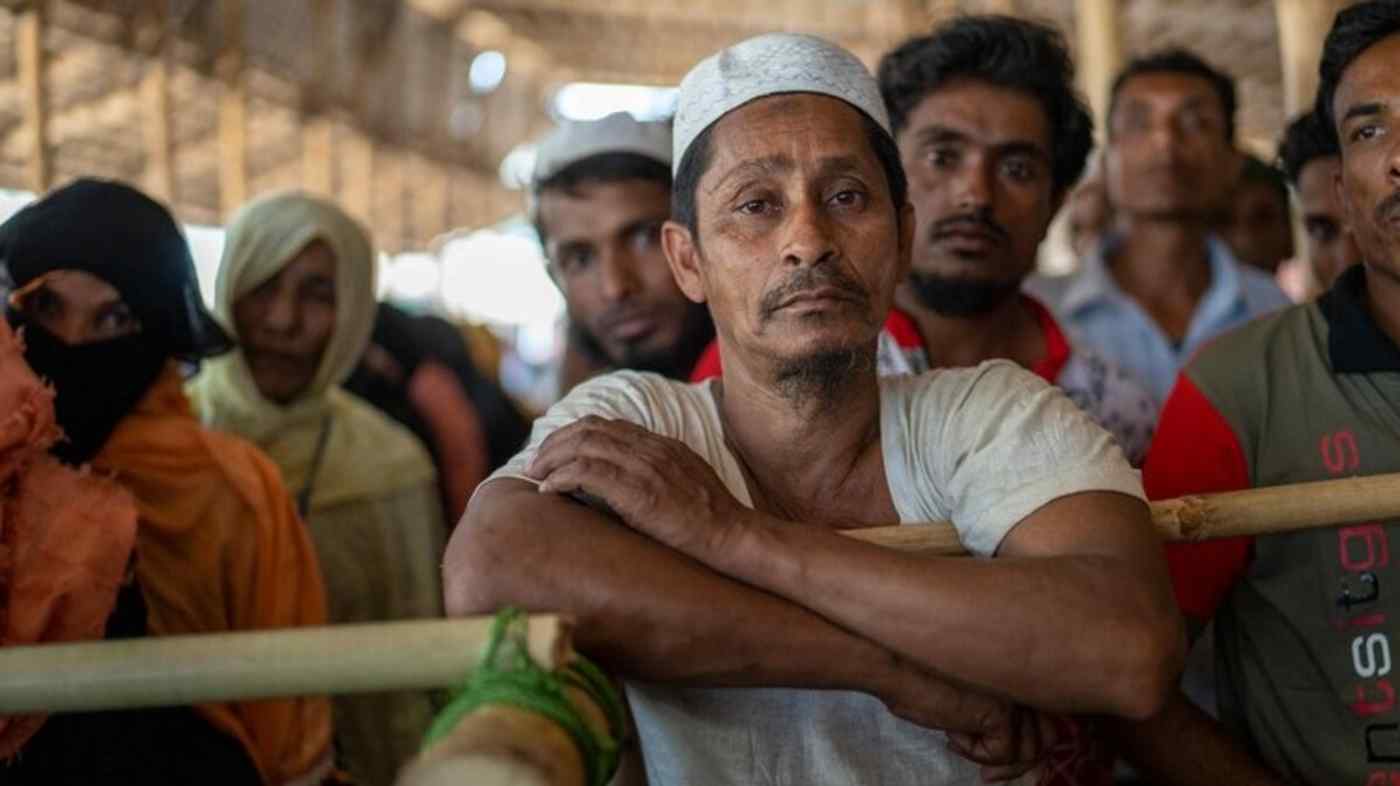 A Rohingya refugee, Dil Mohammed, arrives at an emergency response center after a massive fire on March 22 swept through parts of the Kutupalong-Balukhali camp in Cox’s Bazar, Bangladesh. (WFP/Sayed Asif Mahmud)
Words by BROOK DUBOIS and photos by SAYED ASIF MAHMUD for WFPApril 15, 2021 08:00 JST | Myanmar
CopyCopied

COX'S BAZAR, BANGLADESH -- On March 22, a massive fire swept through the densely populated Rohingya refugee camps in Cox's Bazar, Bangladesh, destroying at least 10,000 shelters and displacing nearly 45,000 people. At least 11 people died in the fire, but more than 300 are still missing in addition to 360 who suffered severe injuries.

The sudden disaster posed a humanitarian challenge to the World Food Program, the United Nations agency in charge of feeding the refugees. Several of its nutrition centers and food distribution points were destroyed in the fire.