BANGKOK -- The social distancing measures required to fight COVID-19 have been painful for Thailand's traditional massage and medicine sector, which has been shut down by controls aimed at curbing the spread of the novel coronavirus and will continue to face restrictions as the country slowly emerges from its nationwide lockdown.

Yumiko Kase, the Japanese CEO of the Asia Herb Association, one of Thailand's most successful therapeutic massage chains, says the crisis makes previous bouts of political turmoil and flooding that have disrupted business look like "mere inconveniences." But she and other industry leaders believe the 2,000-year-old industry will recover.

Thailand's spa and massage sector is the world's 16th biggest, and the largest in Southeast Asia, with an estimated annual turnover of 35 billion baht ($1.08 billion) according to Creative Spa & Wellness Thailand, an industry group set up by the Thai government's Office of Creative Economy Promotion. It is also a key element of the tourism industry, providing tens of thousands of jobs, and was growing at 8% a year before the pandemic, according to the OCEP.

Now, though, most foreign tourists have left the country and virtually all public facilities, including spas, massage parlors, restaurants and shopping malls have been closed for more than a month. There is no official figure for the number of massage businesses, but there were 2,760 registered spas in Thailand in 2017, according to the Global Wellness Institute, a U.S.-based nonprofit organization that promotes global wellness. Spa businesses are closely associated with the massage industry.

On April 28, the Thai cabinet extended the country's emergency regime by another month, to May 31, although it said restrictions would be relaxed in four stages every 14 days. The Bangkok Metropolitan Administration agreed on April 29 to allow the reopening of eight categories of locations and businesses, and has proposed those measures to the central government. Businesses such as restaurants, markets, hairdressers and clinics were included, but massage parlors and spas were not on the list. 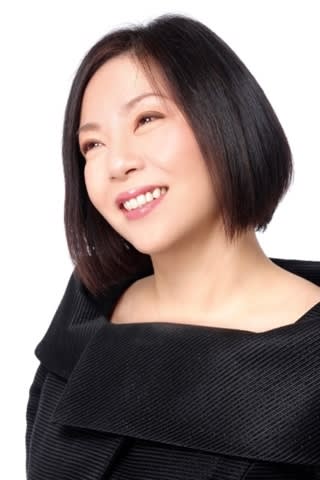 Kase's chain specializes in herbal ball therapy, in which steamed herbs are used to massage the body -- a treatment she says she discovered after being stricken by back pain while visiting Thailand's Ko Chang island in 1999. After returning to Japan, Kase researched the treatment, which is said to boost the natural healing powers of the body, and returned to Thailand in 2000 with 3 million yen ($28,000) to invest.

She now has five branches in Bangkok, three elsewhere in Thailand and two in Cambodia. Before the coronavirus crisis the Asia Herb Association had 330 employees in Thailand and 100 in Cambodia, and annual revenues of 1 billion yen from the spas, an organic farm and sales of organic products.

Thailand's traditional massage industry is sometimes thought of as part of the sex industry. But the sector has worked hard to clean up its image in the past 10 years, says Yukihiro Mino, director of the Japanese division at the International Training Massage School in Chiang Mai, in northern Thailand. Thai traditional massage is designated by UNESCO as an intangible cultural heritage of humanity, and was included in the organization's World Heritage list in 2019. "But as long as there is a vast sex industry in Thailand, it will be hard to get rid of that bad image for the Thai massage industry as a whole," says Mino, who has been teaching Thai traditional massage in Chiang Mai for more than a decade.

Kase, a serial entrepreneur, says she has sought to keep her spas clean to protect her company's image. "It's also important that we give our therapist an education to be good therapists," she says.

But Kase admits to concerns over how long the crisis might persist. She has no intention of giving up on her business, she says, "although I cannot be 100% sure because we may have some funding issues if this present situation continues for a long time." 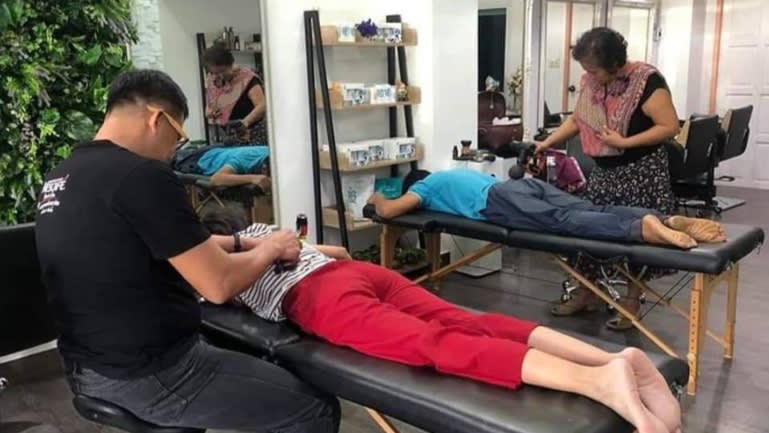 No government assistance is being provided to help traditional massage businesses survive the crisis, although workers who are laid off or furloughed can receive nearly two-thirds of their wages for up to 90 days from the country's social security fund.

Like other massage experiences, herbal ball treatment requires close contact between masseurs and customers, two-thirds of whom are tourists. "Even if the government says we can reopen in May or June, I do not think customers will return that soon," Kase said before the latest announcement by the Bangkok Metropolitan Administration. "I do not think that many people are thinking of traveling this year. So I am searching for ways to keep our staff and company alive." 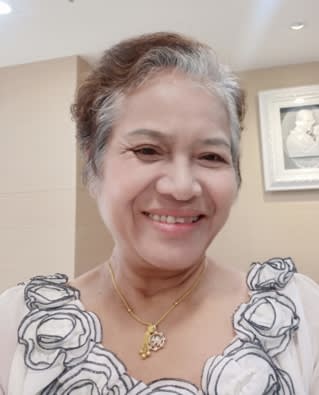 Her business involves using a light wooden mallet and wedge to tap pressure points, which is said to release knots and areas of congestion in the body. There is no direct hands-on contact with clients, but the therapy, said to have originated 5,000 years ago in the Lanna kingdom of northern Thailand, cannot be easily combined with social distancing.

Kheenaravee says she discovered her vocation while seeking treatment for a herniated disc. A fluent English speaker with a doctorate in Buddhist psychology, she had been teaching toksen in Greece, the Czech Republic and Germany for more than a year but is grounded for now, like most international travelers. "I had to stop teaching in Thailand and stop my plan to teach overseas and set up our school in Germany," she says.

However, Kheenaravee believes that customers will be eager to resume toksen therapy as soon as possible, as does her associate, Kazunari Sakurai, 45, who studied traditional Thai massage after suffering a stroke in 2007 and now teaches toksen in Sapporo, on the Japanese northern main island of Hokkaido. Sakurai, whose toksen school is called SALA, which means "meeting place" in Thai, teaches about 50 students a year and makes the wooden mallets and wedges used for toksen massage. His two-day intensive toksen course costs 75,000 yen.

Sakurai has shifted the intensive course online for now, and says it is unclear how a recent surge of coronavirus cases in Hokkaido will impact his business in the long term. However, he adds that he is not overly concerned about social distancing. "In toksen you don't directly touch a patient's body. I might only touch them for one minute. And if they don't want to be touched I can use a long toksen mallet," he said.

Kase, who says she has never had to close her branches before, is paying her workers as usual and asking them to do maintenance, cleaning and training. "We have to pay rent, salary and other [items] which cost a few tens of millions of yen a month. So we are not able to continue this for a long time," she says. 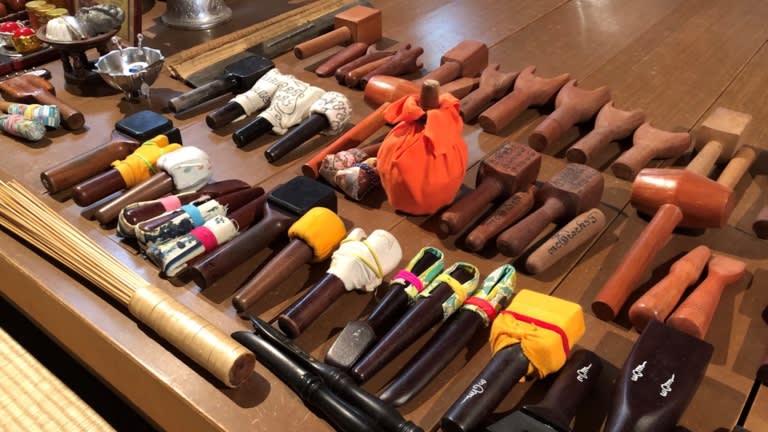 An assortment of toksen mallets and wedges made by Sakurai. (Courtesy of Kazunari Sakurai)

Still, a joint venture with Japan's Rohto Pharmaceutical, agreed in 2013, has provided a degree of diversification that may help her to weather the storm. The joint venture company, Rohto Asia Herb (Thailand), is focused on developing new organic herbal products and is 60% owned by the Asia Herb Association.

"I do not think massage or herb ball will disappear because this therapy is necessary," Kase says. Even so, she is preparing for a prolonged struggle to restore her business to prepandemic revenues.

"This coronavirus may come back next year like influenza. It's hard to predict for the future. But people are healed by people in this kind of therapy. I don't think that will disappear," she adds. "We just have to be more careful with hygiene after this experience to deal with the fear of close physical contact."