Thanathorn: the rise and fall of a Thai political icon

Can the movement he founded thrive in his absence? 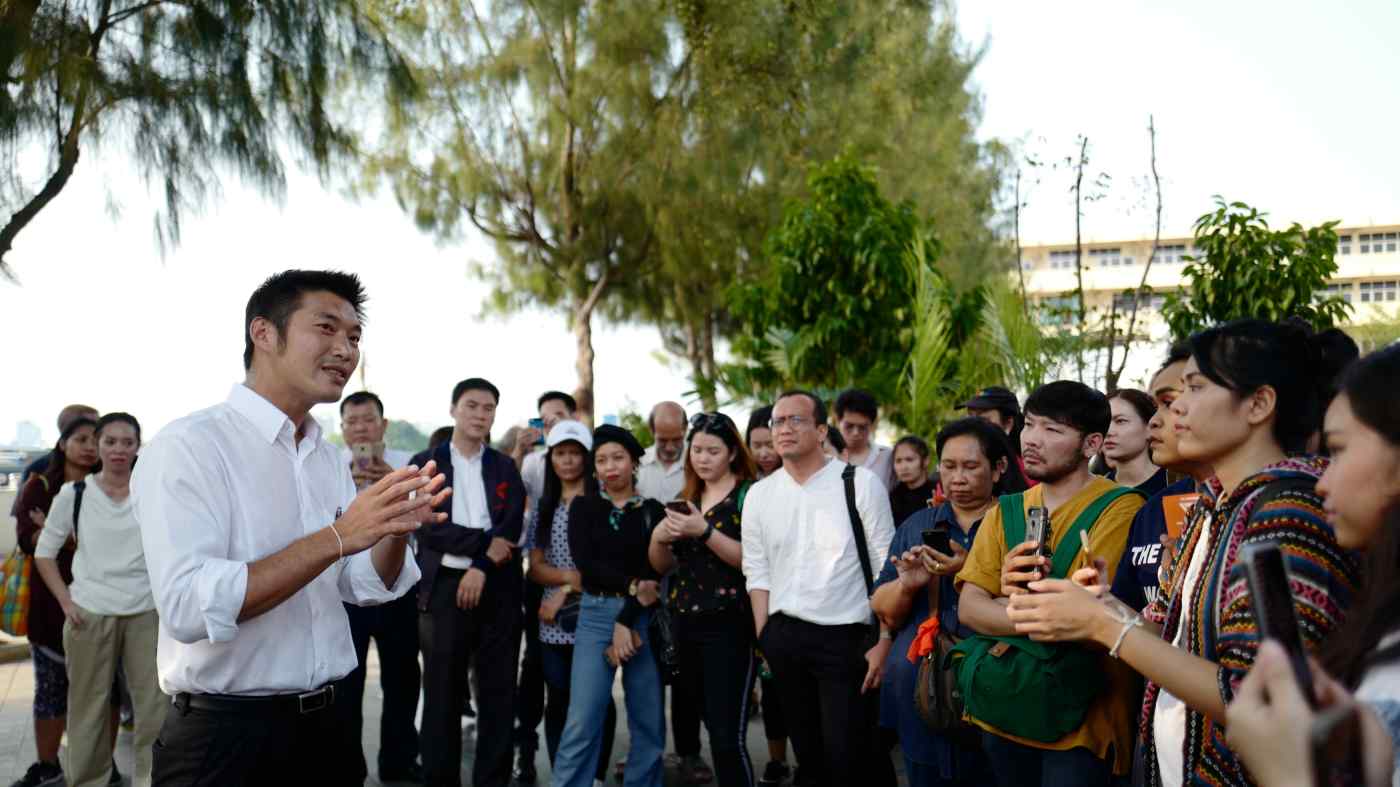 One way to understand Thanathorn Juangroongruangkit, 41, founder of Thailand's Future Forward Party, is as exemplifying the hyper-leader who "floats above the party like a gas balloon and attempts to lift the party's militancy and its electorate all by himself." (Photo courtesy of Duncan McCargo)
DUNCAN McCARGO, Contributing writerOctober 20, 2020 08:00 JST | Thailand
CopyCopied

Eager to see the Future Forward Party leader Thanathorn Juangroongruangkit in action, I headed to Thammasat University's ThaPrachan campus on the Chao Phraya River on 17 March 2019, just a week before the general election.

Thanathorn was scheduled to take part in a televised debate that evening, but I'd been tipped off that he would hold an informal meeting with his supporters beforehand near the Pridi Banomyong statue, in front of Thammasat's famous Dome building. Suddenly, Thanathorn's lanky frame emerged from the shrubbery, his signature white shirt dripping with sweat after an afternoon on the campaign trail. He had no staff with him and was trailed by a group of mainly female fans, who waylaid him with requests for selfies and autographs -- making his progress toward the meeting place painfully slow. When Thanathorn reached the arranged spot, an impromptu ensemble of followers gathered around him, hanging on his every word.